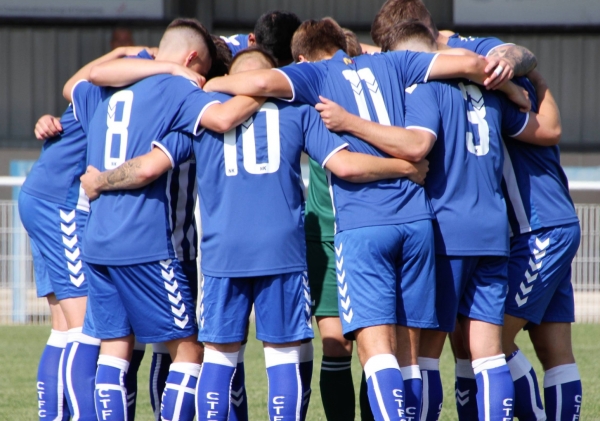 The Seasiders' Oli Babington scored the "non-league goal of the season" over the weekend.

Worldwide football governing body FIFA have caught wind of a goal scored by Clevedon Town striker Oli Babington, tweeting that it "could well be a contender" for next year's Puskas Award.

The strike, scored in a 4-2 win against Buckland Athletic on Saturday 22 January, saw the ball fall near the touchline to Babington, who took his chance to send a first-time volley from distance, over the opposition goalkeeper and into the top corner.

A video clip of the outrageous effort has been shared far and wide online, picked up by BBC Radio Bristol, Sky Sports Football and, of course, FIFA themselves.

The FIFA Puskas Award recognises the "most aesthetically significant" goals scored around the world each year, regardless of championship, gender or nationality.

While the award usually goes to the game's biggest stars - Zlatan Ibrahimovic, Mohammed Salah and James Rodriguez have taken the top prize in recent years - players from lower leagues often find themselves in the running.

Stephanie Roche of Irish Women's National League side Peamount United secured a runners-up spot in the Puskas Awards for an outstanding solo goal scored in the 2013/14 season.

It remains to be seen whether or not Oli Babington's strike will end up among the Puskas Award nominees, but FIFA officials are certainly aware of it, having shared a clip from their official Twitter account (follower count: 14.7 million) a day after it was scored.

"Last Monday, the #Puskas Award winner was crowned. This could well be a contender next time," the Tweet read.

"Oli Babington's club @ClevedonTownFC have called it the 'Non-League goal of the season.' It's an absolute cracker!"

Currently plying their trade in the Western League Premier Division, Clevedon Town are having a mixed bag of a season in 2021/22, sitting 13th at the time of writing with seven wins, eight draws and seven losses.

To find out more about Clevedon Town, or to follow updates for the remainder of the season, head to the club's website or find them on Twitter.