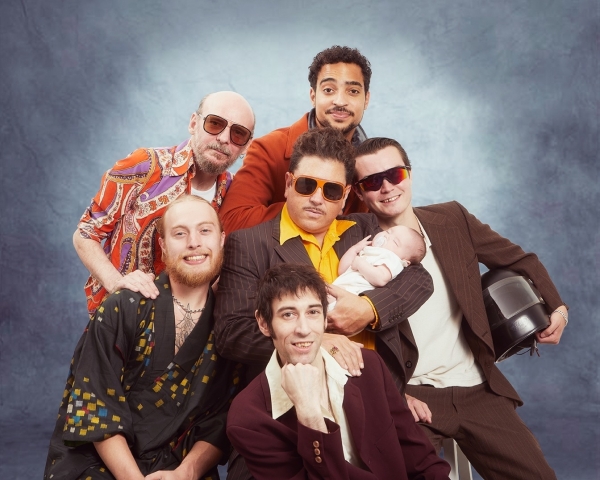 Electro post-punk outfit, Warmduscher, are playing at the Bristol venue in April as part of a massive UK and European tour in 2022.

On 8 April 2022, the London-based band will be at the Marble Factory and, with other dates selling out fast.

Tickets for the event are £19 and can be purchased on the event page.

Hey all! We’ve upgraded the venue in Cambridge so more tickets are now available if you missed out first time around. Thanks for all the support. ????????????https://t.co/kP6Lku8gHk pic.twitter.com/LNGSTrAtWM

Formed in 2014 as an impromptu band at a New Year’s Eve party, Warmduscher are made up of members from Fat White Family and Paranoid London. Quickly becoming a mainstay of the South London music scene, they managed to establish a reputation as one of the most chaotic and unique projects around.

2015’s debut album, Khaki Tears, was released in 2015 and – along with the single ‘Big Wilma/Neon Tongues’ – succeeded in creating unique material that incorporated an intriguing blend of rock and roll and electronica.

It was their sophomore effort Whale City in 2018 that attracted the attention of the music press as well as BBC 6 Music. Tainted Lunch in 2019 completed this meteoric rise with its eccentric blend of funk, punk and hip-hop gaining wide spread praise.

Having recently supported modern punk legends Sleaford Mods at their homecoming gig in Nottingham, Warmduscher have been forced to cancel their remaining shows of 2021 due to the ongoing pandemic.

Some of these dates are now sold out. Tickets and information about the tour can be found on Warmduscher’s website.

Tickets for the show at Marble Factory on 8 April 2022 can be purchased from the event page.

To find out more about what’s going on at the venue, head to their website.

What's On: Miles Kane to perform in Bristol as part of 2022 UK tour