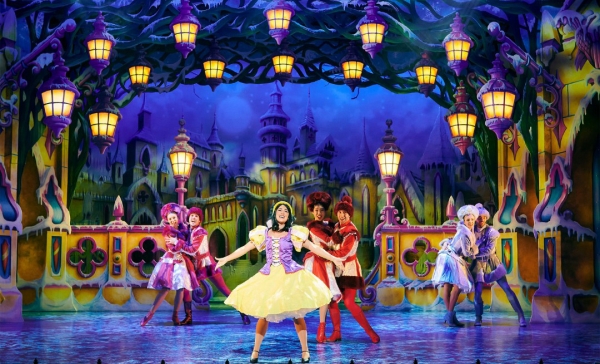 Tickets are selling fast for the Bristol Hippodrome's 2021 Christmas Panto

Don't miss a spectacular production of Snow White and the Seven Dwarfs in central Bristol this winter.

The Bristol Hippodrome's latest Christmas panto production is in full swing, with Snow White and the Seven Dwarfs dazzling audiences at the historic theatre venue as part of a long-awaited four-week run.

Initially announced in early 2020 and scheduled for last Christmas, the production of Snow White was sadly postponed due to the coronavirus pandemic and subsequent closure of the Hippodrome.

Now, though, a busy winter programme has seen the show arrive in BS1 to bring some Christmas cheer to Bristol theatre fans, showing throughout the festive season until Sunday 2 January.

We are still buzzing after last night's press night ???? Check out these amazing reviews for Snow White!

There is still time to book tickets if you haven't done so yet: https://t.co/SUuX0LmRMK pic.twitter.com/pqcJuHZgoa

Packed with all the ingredients of a traditional pantomime performance, the story of Snow White and the Seven Dwarfs is being spectacularly brought to life at the Hippodrome with jaw-dropping dance, side-splitting comedy and plenty of sensational special effects.

The show received an array of positive reviews from local news outlets upon its opening on 4 December, described as "one of the best pantos we've ever seen" by The Bristol Parent.

Starring Lesley Joseph as The Wicked Queen, Rob 'Judge' Rinder making his panto debut as The Man In The Mirror and Andy Ford as Muddles, the show is shaping up to be an unforgettable night for the whole family.

It's the first time the Hippodrome has been able to host a pantomime show since Christmas 2019, having had last year's panto - as well as a replacement socially-distanced show - postponed due to the pandemic.

Snow White and the Seven Dwarfs will be showing until Sunday 2 January 2022, with matinee and evening shows taking place throughout.

For more information on the show, or to book your tickets for an upcoming performance, head to the Hippodrome box office.