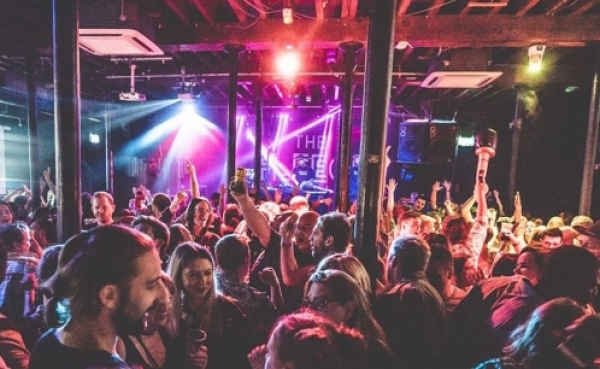 What’s On: Halloween parties in Bristol 2021

Celebrate spooky season in style at one of Bristol's best-loved venues.

Halloween 2021 is just around the corner, with venues, revelers, promoters and DJs alike all buzzing for a non-socially distanced celebration of all things terrifying.

After last year's coronavirus restrictions put Halloween on hold, outfits are sure to be madder and interiors spookier than ever before as revellers return to dancefloors across the city.

There are plenty of parties to choose from, so check out our rundown of eight unearthly club events that are sure to keep you moving till the early hours this Halloween weekend.

Our picks of the Halloween weekend kick off with The Fleece’s ‘Halloween 90s and 00s Party’ on Friday 29 of October, celebrating two decades of genre-spanning bangers.

Britney Spears, Spice Girls, Robbie Williams: you know the drill by now. From pop classics to RnB, hip-hop and much more in between, expect a night of huge tunes and nonstop fun in BS4! Hit the link above to grab your advance ticket for just £5. 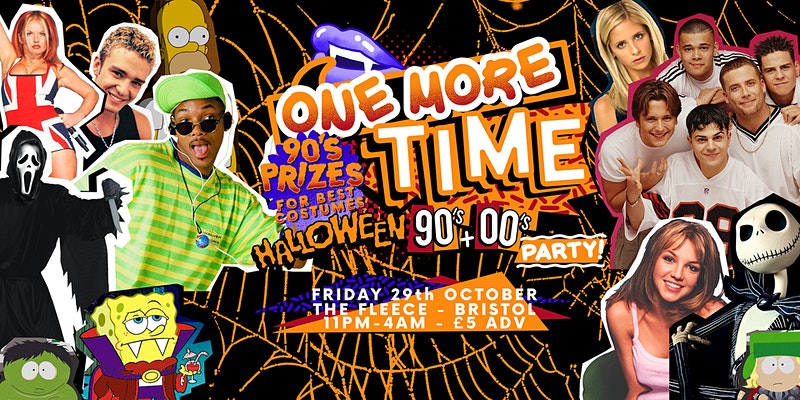 Join Lakota and globetrotting Parisian DJ & Producer Folamour for a night of top-notch disco and house at the iconic Lakota complex. Viva La Disco residents in support, Halloween outfits encouraged, this one is shaping up to be an absolute highlight for the Stokes Croft venue.

At the time of writing, general release tickets are completely sold out, but Lakota have set up a waiting list for any that are made available on the resale - find out more via the link above. 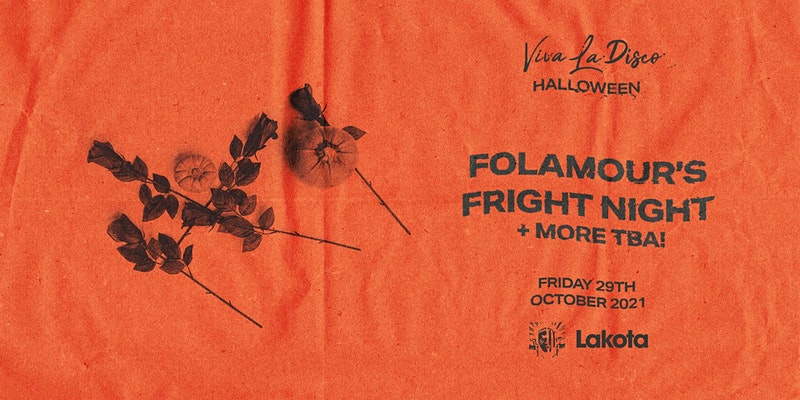 Motion’s annual Halloween party returns on Saturday 30 October, this time welcoming house and trance tastemaker, Franky Wah. A firm favourite of BBC Radio 1 with a number of chart-topping releases, Wah is certain to command a busy crowd amid his gradual rise into the mainstream.

He'll be joined on the night by Because of Art, Meg Ward and Tommy Farrow, with BKLAVA, India Jordan and Sarah Story set to take over The Tunnel. 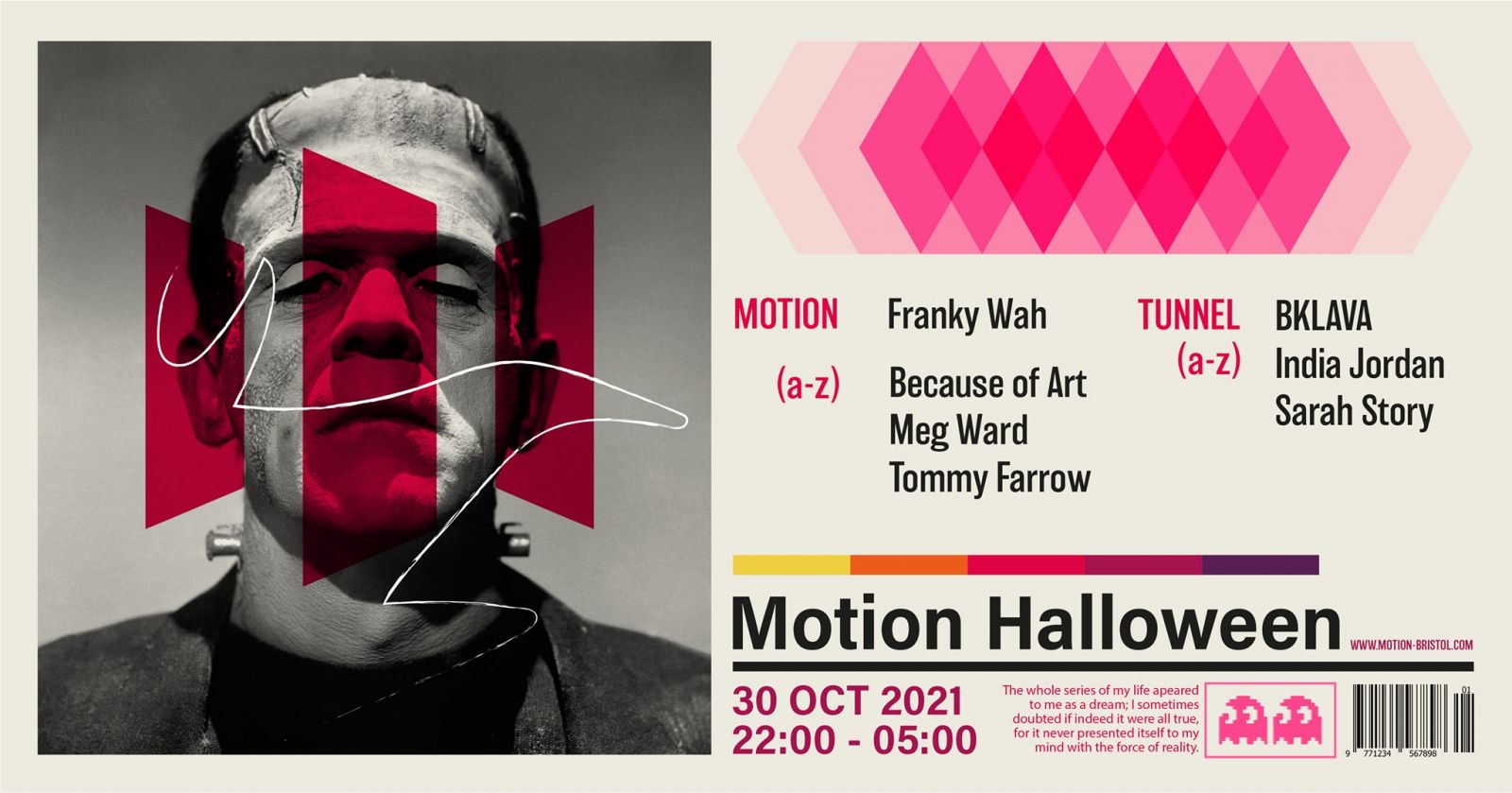 For those looking for a Halloween weekend dancing to the weird and wonderful, The Exchange looks like the place to be.

Back to The Fleece, and on Saturday 30 October the venue is hosting the latest Halloween edition of their much-loved weekly club night, Propaganda.

Propaganda residents will be playing a full selection of Halloween bangers and creepy classics all night long - expect gruesome decor, some tricks and maybe even a treat or two in celebration of the spooky season. 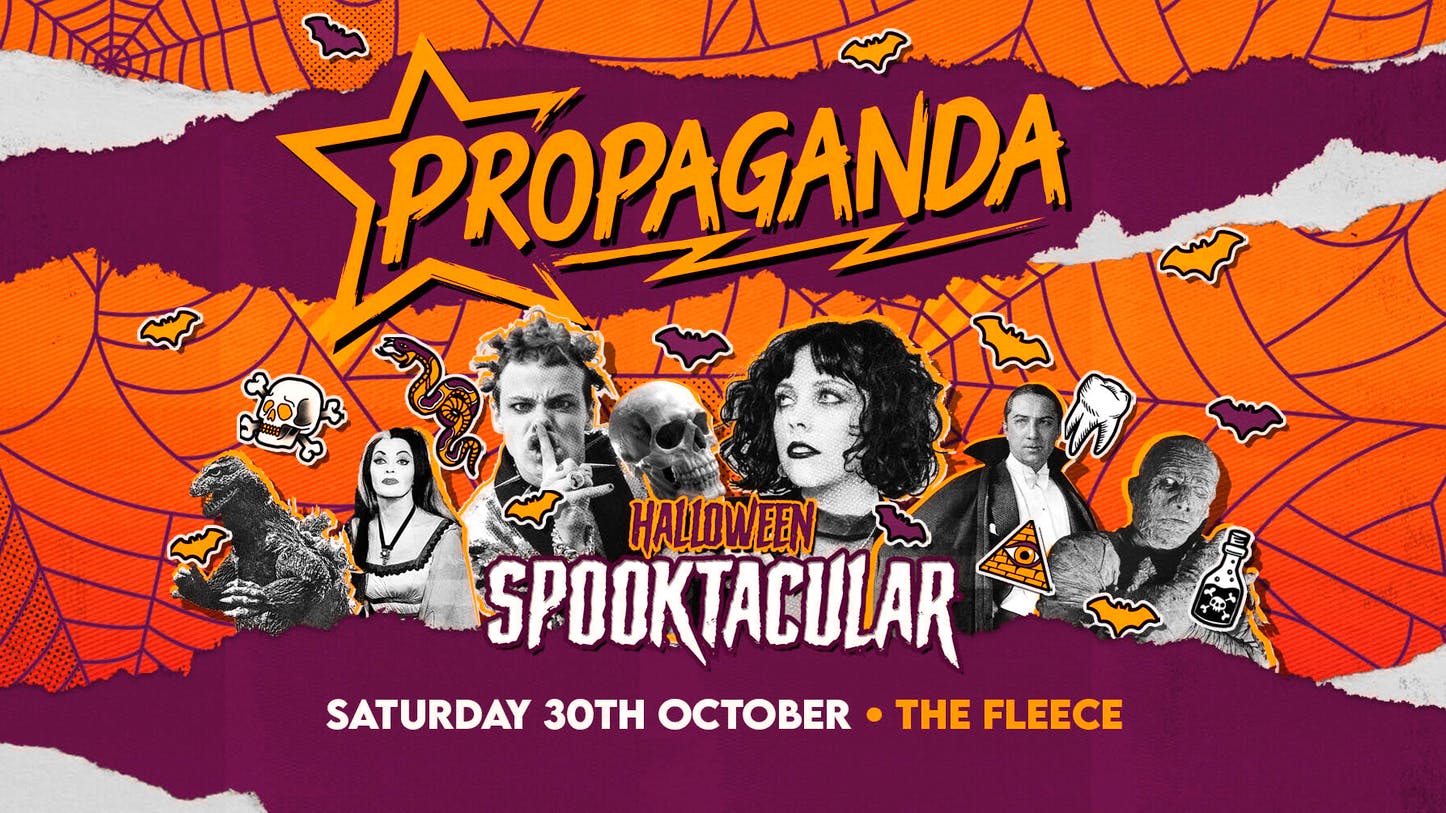 For those looking for something a bit more groovy, Worm Soundsystem’s event at Crofters Rights might be the one for you. The DJ trio will be joined by young Londoner, Papaoul, so expect a night of tracks from the worldwide underground, including new Latin sounds.

Tickets are only £5 for this eclectic Halloween party that stretches from 23:00 to 3:00 so grab them while you can. 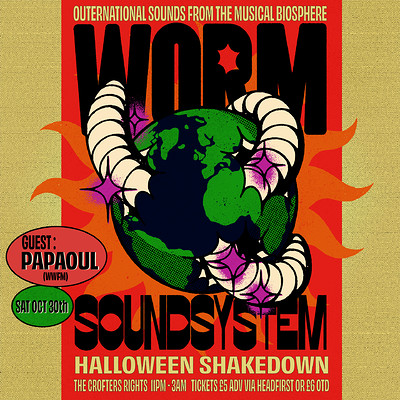 Brooklyn Zoo has forged a name for itself over the past few years as one of the South West’s most popular nights, so it is no surprise that their latest team-up with Motion is set to be the biggest Halloween party in the region.

There will be three arenas on the night; the main room will play Brooklyn Zoo’s signature hip-hop tunes, while the second will be playing DnB and Jungle and the third a mix of Dancehall, Afrobeats and Reggaeton.

High demand saw the latest iteration of Brooklyn Zoo sell out in a flash, but we advise you to keep an eye on the Motion website for any tickets becoming available via the resale during the buildup to the 31st. 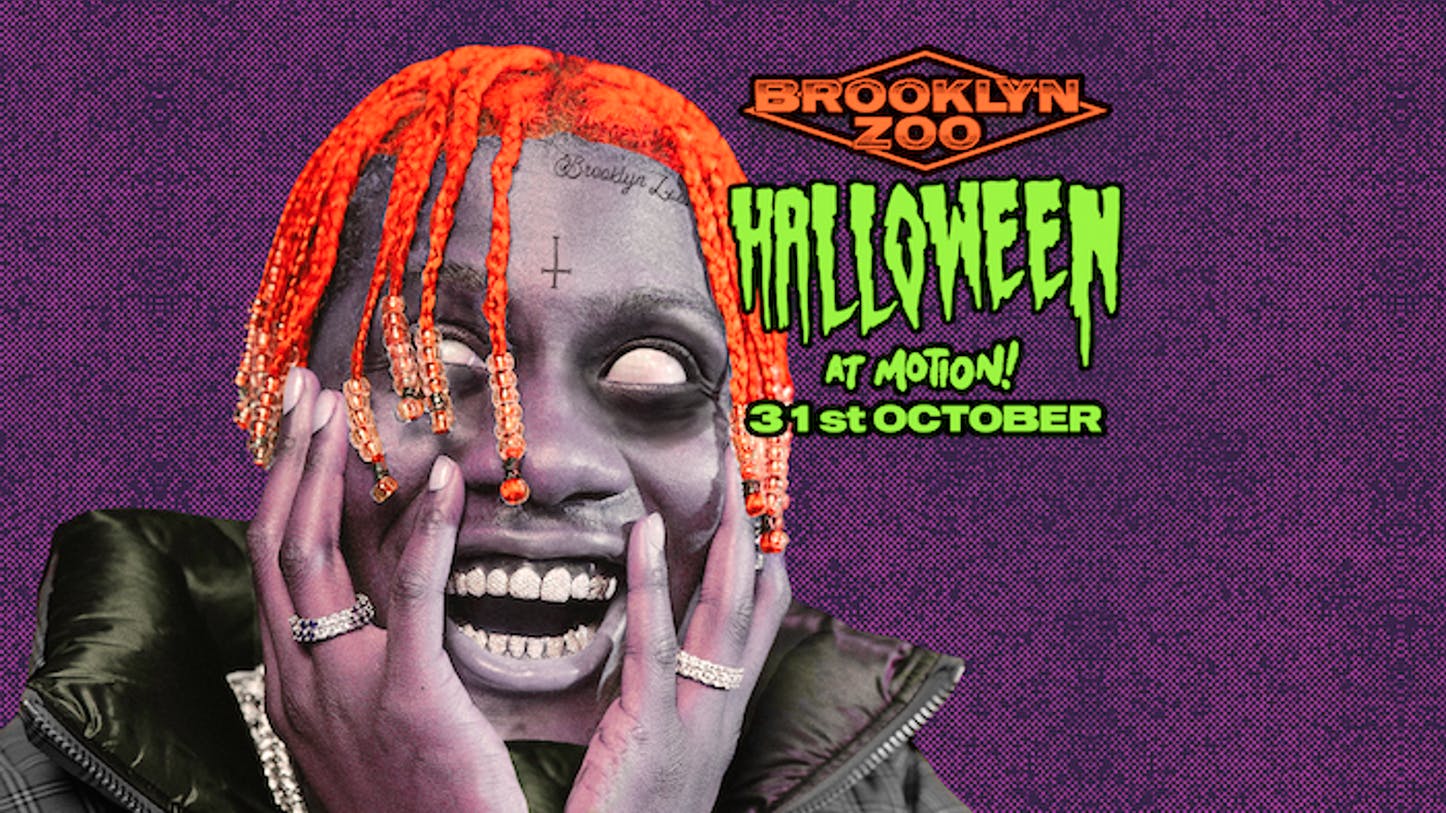 Rounding off 365Bristol’s picks is Thekla’s ‘90s Haunted House Party’. The Sunday night event aims to send its attendees on a trip down memory lane with everything from Britney Spears to The Prodigy.

Time to bust out your Tamagotchis, double denim, chain wallets and doc martens and head down to the haunted ship for an unmissable spooky spectacular, headlined by Hang The DJs and DJ Chris Arnold. 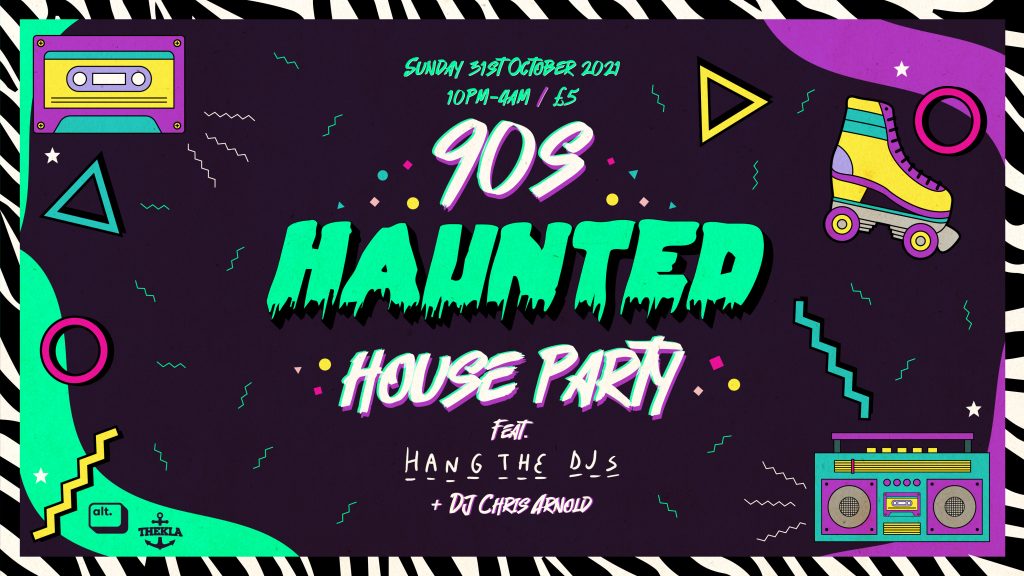