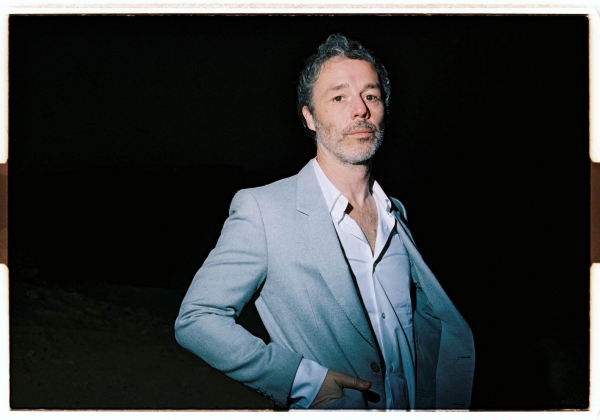 Indie mainstay Baxter Dury is coming to Bristol next month

The musician will play The Marble Factory on Tuesday 2 November to kick off a limited four date tour.

The poetic voice of the desperate and depraved, Baxter Dury, is heading to Bristol at the start of November. After a dismal couple of years due to COVID that saw Dury unable to tour his 2020 album, The Night Chancers, the self-anointed ‘Prince of Tears’ is back on the road this Autumn.

After a number of releases, Dury finally found his musical identity with 2017’s Prince of Tears - a record that intertwines the singer’s distinctive observations of his own inadequacies with dancy, bass-led disco.

Released last year, the artist’s most recent album, The Night Chancers, has developed ideas forged in earlier releases even further through character studies of a number of depraved, nameless men.

Keep your eyes open and ears to the ground for @baxterdury news tomorrow! In the meantime grab a ticket to one of his shows in London, Bristol or Manchester. #MrMaserati https://t.co/dON6eNpVcE pic.twitter.com/RSoZPRxzqG

One of the wittiest lyricists and recognisable vocalists within the indie scene, Dury’s celebrated father (Ian - known for hits such as 'Sex & Drugs & Rock & Roll' and 'Hit Me With Your Rythm Stick') is certainly a looming presence within his music and this is something that the 49-year-old has embraced.

His sound has constantly progressed and he has eventually shifted into a sort of seedy, electronic Serge Gainsbourg shuffling around the dingy back streets of London.

Away from music, the singer’s memoir, Chaise Longue, was published this year. The book offers an intimate account of Baxter’s early life and the array of interesting characters, including father Ian, that he shared his childhood with.

Dury's visit to Bristol on 2 November 2021 is part of a mini-tour that sees the artist visit the London Forum, the O2 Ritz Manchester and Mutations Festival in Brighton. Tickets for these upcoming dates can be found on Baxter Dury’s website.