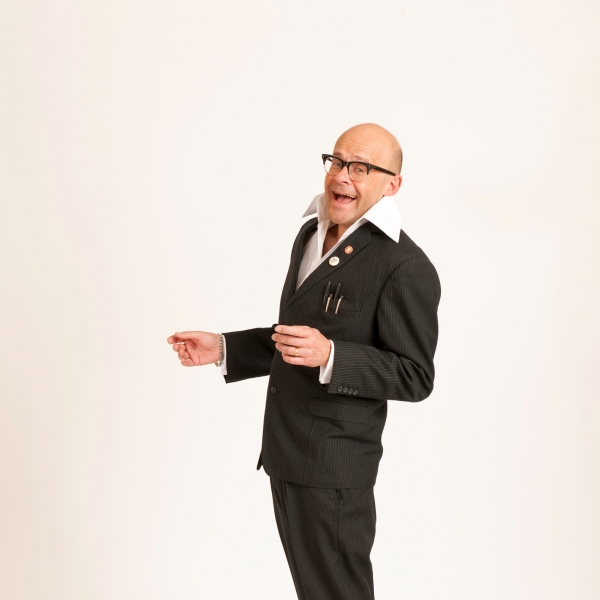 The comedian is coming to Bristol to discuss his new autobiography, Fight!, on Friday 19 November 2021.

Known for his distinctive look of thickly rimmed glasses and oversized collars, Harry Hill is releasing his highly anticipated memoir, Fight! Thirty Years Not Quite at the Top, next month.

As part of a tour promoting the book, the tea-time television favourite will be stopping off at The Redgrave Theatre in Clifton for a night of non-stop hilarity, where he'll discuss the autobiography and share photographs and videos from his home movie collection.

On top of the customary book signing and talk from Hill, the theatre website outlines a number of exciting (and comical) opportunities on offer, from a Superfan Quiz to an interactive audience Q&A and a 'sterile selfie' photo op with the man himself.

Book soon as this one will sell fast! https://t.co/pRYFeQEUiI

The comedian is best known for his popular television series Harry Hill’s TV Burp (2001-2012) and his narrating efforts on beloved home video showcase You’ve Been Framed.

It was the former that won Hill over in the minds of families all over the country with his surreal and riotous reviews of the previous week’s television schedule, including an array of now-iconic catchphrases, not least ‘Fight!’, the title of his upcoming book.

The autobiography is said to offer a truthful and funny reflection on what didn’t go right in the life of the comedian. The stories featured include his time in club panto, his job in a hospital and his experiences on the comedy circuit in the 1990s.

Harry Hill is one of the UK’s most loved comedians and tickets are likely to fly out for his visit to this intimate venue so head to the Redgrave Theatre website to grab yourself a ticket!

If you want to know more about events coming up at The Redgrave Theatre, head to the What’s On page on the venue's website.