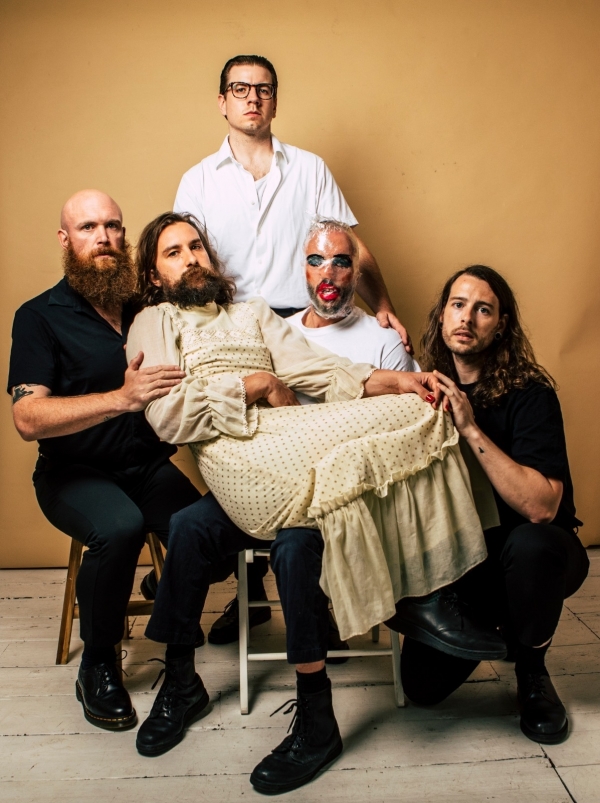 The band's latest effort comes barely a year after the release of their Number One record Ultra Mono.

IDLES have revealed the first details of a surprise fourth studio album, Crawler, due for worldwide release on Friday 12 November.

The band's new body of work is a sanguine reflection on the coronavirus pandemic, and the extreme toll it's taken on people's mental and physical health.

Speaking on the announcement of the album, frontman Joe Talbot said: “We want people who’ve gone through trauma, heartbreak, and loss to feel like they’re not alone, and also how it is possible to reclaim joy from those experiences.”

Crawler was recorded over the course of the Covid-19 pandemic at Real World Studios in Bath.

Talbot remarked of the collaboration: “I don't really see us as a ‘rock band’ and working with Kenny [Beats] freed us of the idea of genre. On this album, our dissolution of ego was helped by Kenny’s humble nature and willingness to learn.

Accompanying the announcement, the Bristol group released the first single from the album, 'The Beachland Ballroom', named after an Ohio venue of the same name.

Perhaps one of Bristol's biggest exports of the 2010s, IDLES have fast been on the rise since the release of their debut LP Brutalism in 2017.

In 2018, the band released their second studio album Joy as an Act of Resistance to acclaim, gaining a Mercury Prize nomination, and followed it up with their latest full-length release, Ultra Mono, which reached number one in the UK Albums Chart last year.