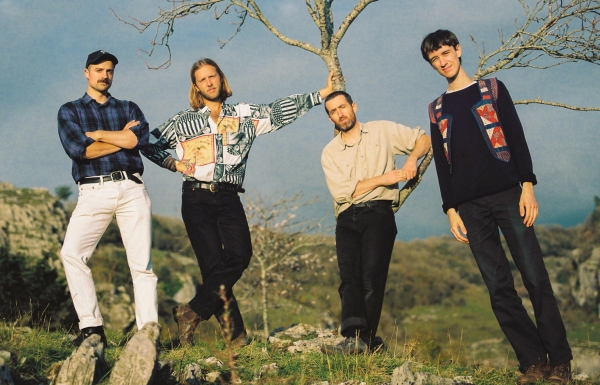 The refreshing 12-track record is available on all platforms via Breakfast Records.

A firm fixture on the city's live circuit, the band are carving out a stellar reputation both locally and further afield, combining an indie rock sound with quirky country and blues influences.

The 12-track record is out now on all streaming platforms alongside physical copies available via Breakfast Records.

Our debut album ‘West Country’ has found its way out into the world. We hope you like it.https://t.co/6BeDXLHgCx pic.twitter.com/XurklXBFTE

Counting acclaimed songwriter Ezra Furman and New Yorkers Parquet Courts among their influences, Langkamer are returning with their first major project since their 2019 EP, Getting the Band Back Together.

Langkamer are one of several Bristol bands set to perform live at Thekla this weekend as part of the sold-out return of Breakfast Records' Breakfest.

From there, they'll be continuing on an extensive UK tour in support of the new album, performing a further 21 shows across September, October and November.

Head to Breakfast Records' website to secure your copy of West Country, or find Langkamer on Twitter to follow news and updates in the coming weeks.