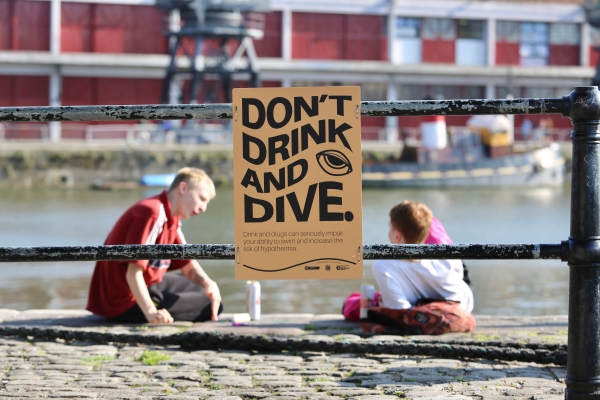 Eye-catching notices have been installed to warn of the dangers the water can pose.

Set up in collaboration with Avon Fire & Rescue Service, Bristol City Council and Avon & Somerset Police, the newly-formed Bristol Water Safety Partnership comes following a string of high-profile incidents and deaths involving people getting into difficulty in the water.

A series of multi-coloured signs has been installed around the harbour to raise awareness of the significant dangers to potential swimmers, day and night.

???? Have you seen our new safety signs popping up on the Bristol Harbourside?

???? We worked with The Bristol Water Safety Partnership to help raise awareness of the hazards of swimming or falling into the harbour, especially at night.

“Bristol’s harbour is fantastically popular and a magnet for Bristolians and tourists alike. Its draw as a leisure destination means there is an increased risk of incidents in the water at night.

“We all want people to be safe and this campaign is all about educating people about the hidden risks posed by swimming in the harbour, and to remind people everyone of the need to take care in the dark and especially during or after a night out.”

Signage includes a warning not to 'Drink and Dive', a nod to 'A Very Dirty Cocktail' of toxins and harmful bacteria lurking in the water, and a suggestion that 'Getting in is the Easy Part', pointing to potential difficulty locating or being able to reach an exit point. 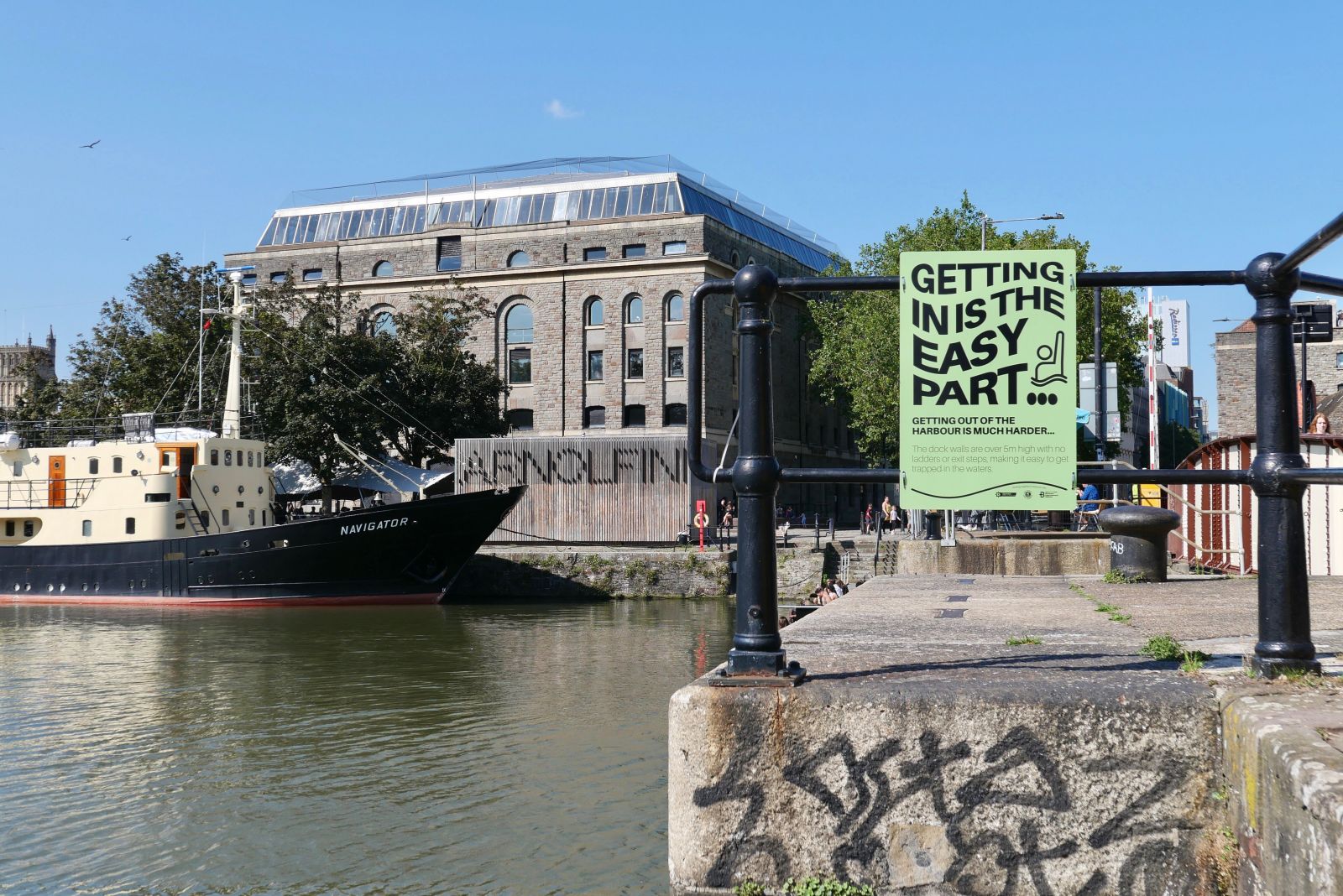 'Getting in is the Easy Part' - one of several signs installed as part of a new water safety campaign. Photo: Plaster

“Coldwater shock is highlighted in the campaign as a critical factor in water safety, as well as the disorientation in the darkness meaning that it is very difficult to find ways out of the harbour. Water quality and hidden debris also makes it unsafe to swim.

“The harbour also features a deep sluice, which removes it’s silt, creating a powerful undertow as the silt is sucked out of the harbour and into the river. These undertows create deadly submerged currents. The variable depth of the harbour is also a major risk factor, as it can vary by up to 29 feet depending on time and tide.

“The most recent incidents were tragic, and we are hoping that increased awareness of the risks of the harbour will help to keep people safe as we head into the Autumn months.”