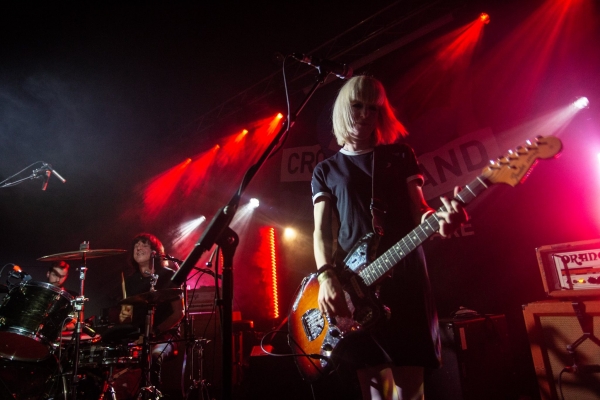 The Lovely Eggs are returning to Bristol this July

The psych-punk pair are playing at the Fleece on Saturday 31 July.

Back in the heady days of early 2020, Lancaster duo The Lovely Eggs were gearing up for the release of their latest album, I Am Moron. Then, well, you know.

Unswayed by the pandemic, the pair dropped their sixth studio LP on schedule in April 2020 to critical acclaim.

Despite not pushing back the release of the album, for obvious reasons, their plans to tour it were scuppered. Seven attempts later, I Am Moron will at long last hit the road later this month.

In the time elapsed since the release of I Am Moron, The Lovely Eggs have gained a new fan and friend in Iggy Pop, who spun the duo's latest LP on his BBC 6Music show.

“The wonderful, wonderful Lovely Eggs,” said Iggy in that unmistakable drawl. “I like everything I hear by The Lovely Eggs.”

The pair's latest single, 'I, Moron', released in July 2021, is borne of this newfound friendship, featuring the Godfather of Punk himself.

Singer and guitarist Holly Ross said: “Being in The Lovely Eggs we’re kind of used to surreal experiences but collaborating with Iggy Pop takes the biscuit.

“It’s actually unbelievable. For him just to say nothing but “moron” over and over again fitted in with the sentiment of the song perfectly. He just GOT it. We are all morons. In a world of moronic things.

"In a world of moronic ideas. You are moron. I am Moron. We are Moron.” 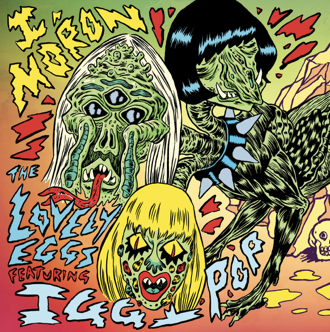 The B-side of the new single is a cover of 'Dum Dum Boys', taken from Iggy's defining 1977 album, The Idiot.

The Lovely Eggs were due to play at SWX on their return to Bristol. However, because of the recent fire at the venue, the gig will now take place at the Fleece. All tickets are still valid, regardless of the venue listed on the ticket.

This event is now sold out, but keep an eye on The Fleece's website here in case of any returns.