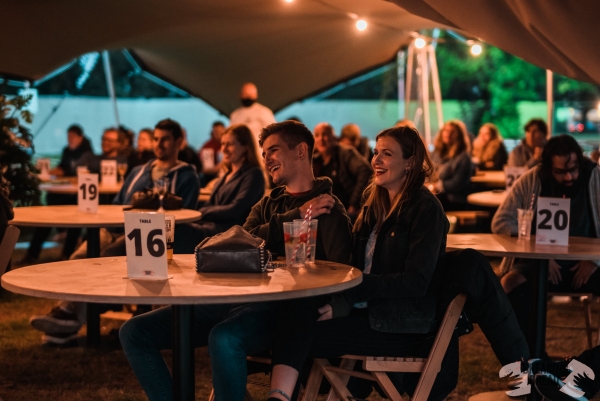 The Wardrobe Ensemble are celebrating their tenth birthday with an ambitious new project.

Bristol-based theatre collective The Wardrobe Ensemble have revealed plans for brand-new festival Theatre on The Downs, setting up as the latest addition to the Breaking Bread complex from Saturday 7 August to Saturday 2 October.

Pop-up venue The Mix will host a series of live theatrical, circus and poetry performances, celebrating local theatre and creating opportunities for artists, performers and events staff based in the South West.

Tickets for the full Theatre on The Downs programme, kicking off with the world premiere of original production WINNERS, are on sale now and can be found here.

We are so excited to finally announce that we will be launching our very own venue this Summer! The Theatre on the Downs will run August - October and live inside the very brilliant @BreadBristol in Bristol #TheatreOnTheDowns https://t.co/NOiuv1cT6D pic.twitter.com/HEQyAS6oa4

Unveiling the festival last week, the Wardrobe Ensemble team said: "We started talking about this idea at the end of last summer as we imagined what might come next for theatre.

"We knew that the thing we wanted to do the most was to make a new show and perform it to live audiences, and we thought that other companies in the South West might want that too.

"We are so excited (and a little bit scared) to finally announce it and make it happen."

As part of the series, The Wardrobe Ensemble are offering a commission of £10,000 to one South West-based artist or company to develop a brand-new piece of theatre.

The successful applicant(s) will also have the option of programming their own Theatre on The Downs slot in September, and receive one-to-one mentoring sessions with the festival's creative team.

Are you a theatre maker or company based in Bristol or South West England with an idea for a show you want to develop? We're offering a commission of £10k to work on a new piece of theatre and present it at The Theatre on the Downs. To apply: https://t.co/cNpeyXxOjw pic.twitter.com/TMR87mLehx

Exploring themes of capitalism and labour in food production, original production WINNERS will be the first to be shown at The Downs' new theatre venue from Tuesday 10 - Saturday 28 August.

Later, a selection of Bristol-based performers and artists will delve into the long list of mistakes and mishaps they've encountered during their careers in Theatre Bristol's Mistake Boutique (15 September).

Bicycle Boy rounds off the first wave of shows confirmed as part of Theatre on The Downs 2021, inviting children and families to enjoy an engaging, pedal-powered performance exploring topics of sustainability.

There are still plenty more shows to be announced as part of the festival's debut edition, as the Wardrobe Ensemble team explain:

"If you are a South West artist with something that you think might work at The Theatre on The Downs, let us know - we are still programming the space and want to fill it with as much exciting work as possible!"

For more information on Theatre on The Downs, to book your tickets or to find out more about The Wardrobe Ensemble's commission scheme, head to the festival's website.