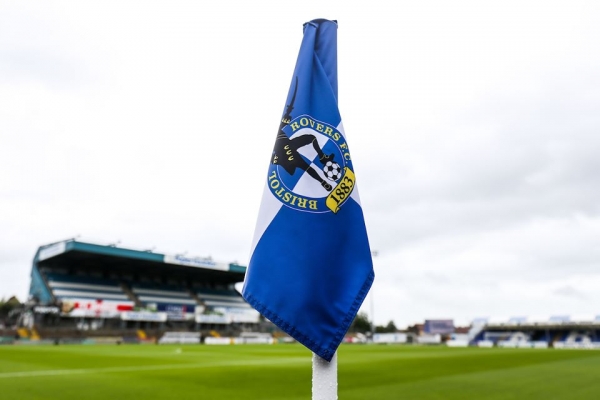 Joey Barton's side face a tough season as they look to bounce back into the third tier.

Full fixture lists for the 2021/22 English Football League season have been announced, with Bristol Rovers preparing for their first season in League Two since their promotion-winning campaign in 2015/16.

Having appointed former Premier League midfielder Joey Barton as their permanent manager partway through last season, Rovers struggled for form and ended up rock bottom of League One, confirming a disappointing relegation.

Gasheads will be fully expecting the club to bounce back to the third tier at the first time of asking, playing in front of full terraces for the first time in almost 18 months.

Read on for a brief rundown of Rovers' 2021/22 fixtures, kicking off with a trip to Mansfield Town on Saturday 7 August.

???? Which game are you most looking forward to?#BristolRovers

Following their opener in Nottinghamshire, Bristol Rovers will be getting their home campaign underway the following Saturday 14 August as they welcome Stevenage to the Memorial Stadium.

The Gas will also be taking on Oldham Athletic (H, 17 August), Exeter City (A, 21 August) and Barrow (A, 28 August) as part of their opening run of fixtures.

October presents some stern challenges for Rovers, as they host fellow relegated side and expected promotion-chasers Swindon Town (H, 2 October) before travelling to Bradford City (A, 16 October) and Colchester United (A, 19 October) in consecutive away fixtures.

In preparation for the upcoming campaign, The Gas recently took on Melksham Town in a pre-season friendly, drawing 1-1. They'll be coming up against Plymouth Argyle (17 July), Swansea City (24 July) and Oxford United (31 July) ahead of their league opener.

Bristol Rovers 2021/22 season tickets are on sale now. For more information, to view a complete fixture list or to browse ticket options, head to the club's official website.