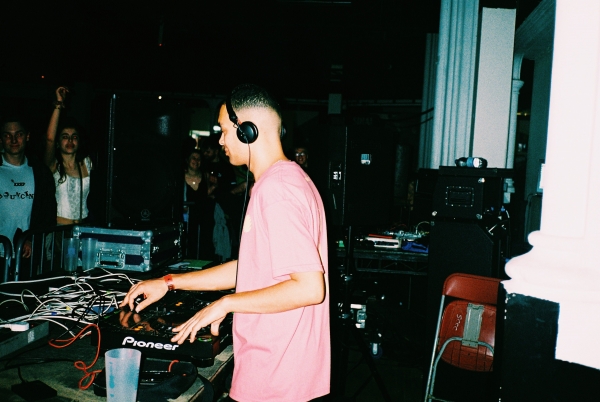 Batu's En Masse festival to go ahead in September

The festival will be making its long-awaited debut this year across three Bristol venues.

Bristol-based DJ, producer and label boss Batu has announced plans to launch his festival, En Masse, as a three-day multi-venue event this September.

Originally unveiled in late 2019 as a two-day festival to take place in Wales last summer, the first edition of En Masse was postponed due to the pandemic.

While artist and venue lineups are yet to be announced, the festival will take place from Thursday 16 - Saturday 18 September.

Announcing the new-look festival online, Batu confirmed its debut will be taking over "three of Bristol's most exciting venues" later this year.

The programming is set to include multi-media installations, DJ sets and experimental live performances, bringing together curious and like-minded people and collectives across Bristol's arts, music and nightlife communities.

"We celebrate the innovators defying categorisation and challenging preconceptions," the announcement continued. "Our curation will prioritise inclusivity and fun as we return to the collective consciousness of the dance floor. "

Organisers have confirmed those who had previously bought tickets for the postponed 2020 festival would be given priority booking from Wednesday 2 June, with Early Bird tickets on sale today (Thursday 3 June).