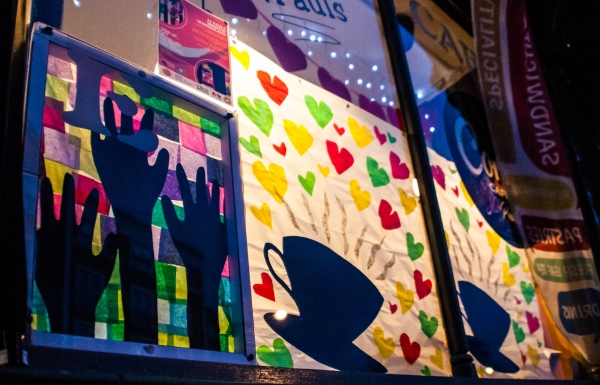 With events and public gatherings still on hold, a collective of charitable organisations got together before the clocks came forward last weekend to mark the end of wintertime and welcome in the light by putting on a Window Wonderland display across private houses and community buildings in St Pauls.

From artistic installations to live dance and light displays, the project has received an outpouring of support from residents and community organisations alike, with locals of all ages showcasing their own work and exploring the area. 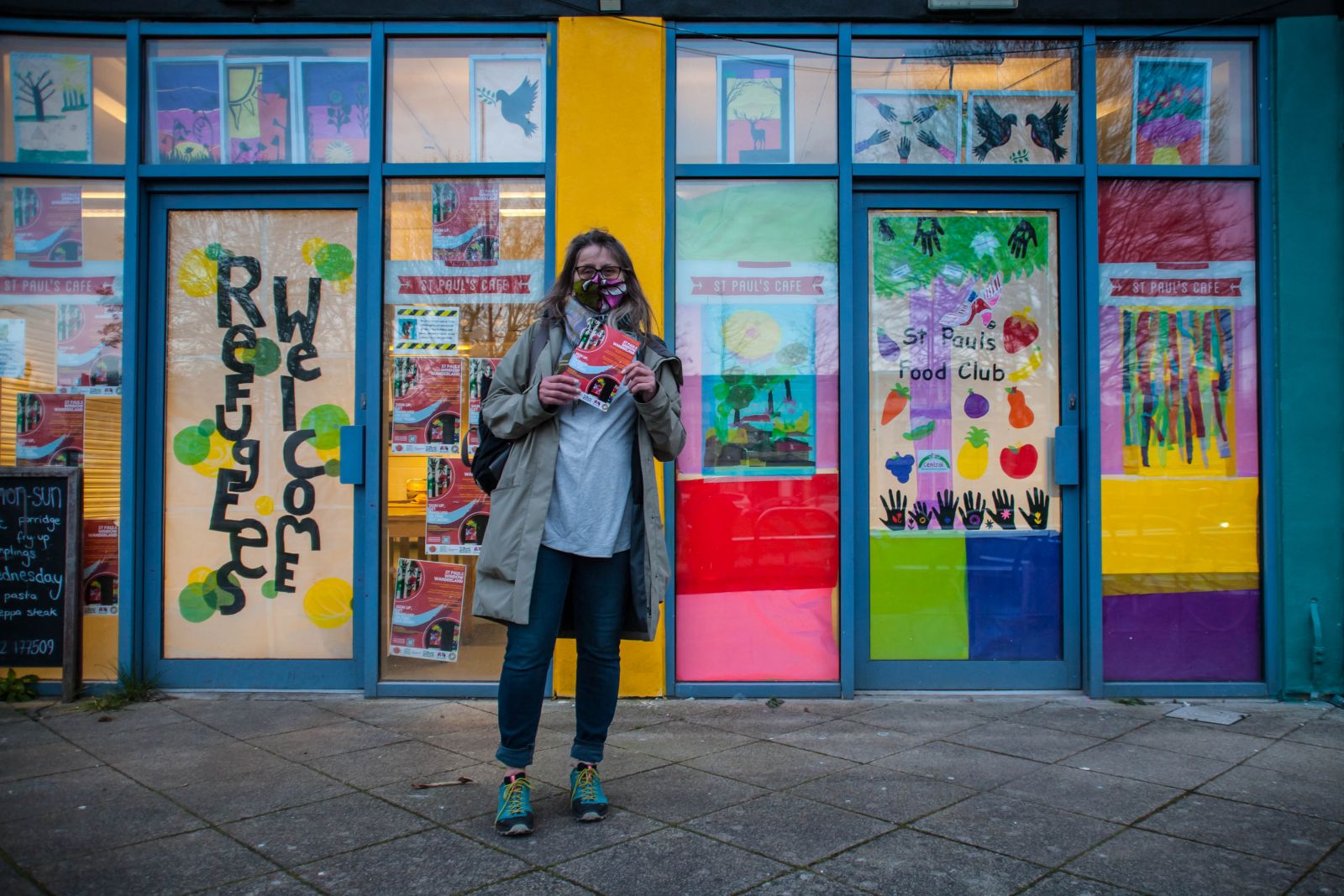 The idea came about in 2015, when Lucy Reeves Khan, a former set designer, was walking around her local streets in the evenings and found it helped alleviate the social isolation she’s been experiencing following the onset of chronic illness. “I noticed that if my neighbours’ curtains were open, I didn’t hurt so much. At first, I assumed I was just nosy, but I soon realised it was the warmth of the light and the sense of kinship that was making me happy,” she explains.

Lucy had the idea to create a community Window Wonderland in which anyone is encouraged to decorate their windows with displays, or follow the trail of displays through the local area. The idea has certainly caught on - this year the number of displays doubled as a result of more awareness and more willingness for members of the community to engage with one another during the pandemic.

A selection of local organisations - including SARI (Stand Against Racism and Inequality) and Imayla, a non-profit community interest group - seized the initiative after contact from the Window Wonderland team to help spread the word and generate as much interest as possible among locals.

The campaign worked, but some concern soon arose regarding the project's viability given the number of high rises and courtyard flats in St Pauls. Determined not to give up, however, the team decided to allow people to use community spaces for their displays if their windows weren't visible to passers-by or they weren't comfortable putting displays up in their own homes. 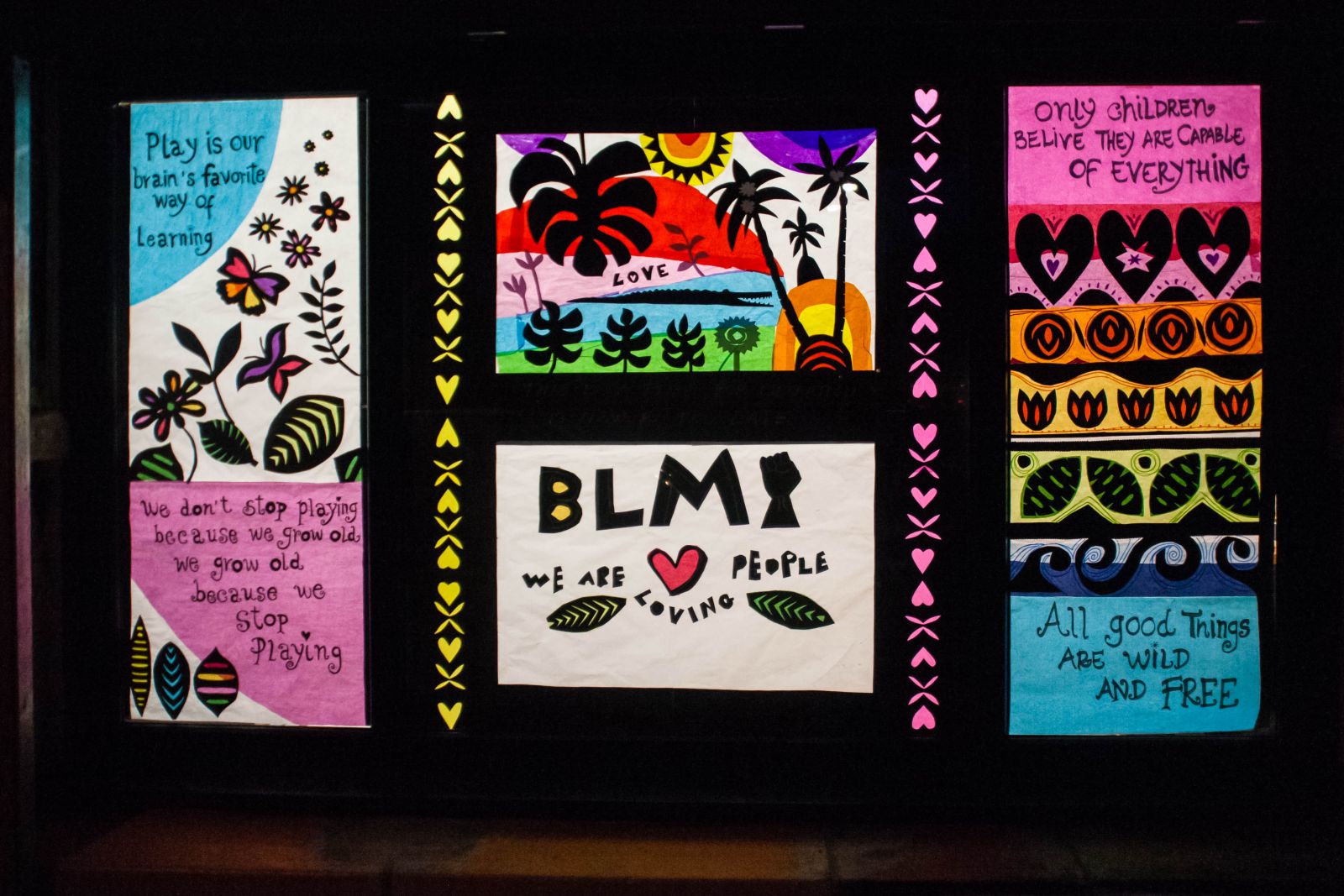 The response on the two nights of Window Wonderland - Friday 26 and Saturday 27 March - was overwhelmingly positive, with key community organisations and spaces getting involved, including the Malcolm X Centre, St Pauls Adventure Playground, St Pauls Learning Centre and Docklands Youth and Community Centre.

"The reaction of people was very very positive and people are already looking forward to, and planning for next year," said Sylvia Vincent, Events Co-ordinator at Imayla. "The success of the event is partly down to effort and partly down to COVID. Everyone could be involved without having to be an artist or having to feel a pressure to produce an artist’s quality of work."

Speaking during the event, John Newey of Docklands Youth and Community Centre said: "We wanted to challenge the notion that it’s a particular class or group of people who get involved. Initially we were thinking if we get ten people to participate then it will be a success, but the energy catalysed within it. And it may just be due to the last year in lockdown and lack of groups interacting, but the result was like the best festival I’ve ever been to."

The inclusivity of the event meant that local artists were also able to do what they love having been unable to do so for the last year. Lavrak, a local, female-led performance art and alternative circus company, performed a live window display at St Pauls Learning Centre. Using trapeze and circus hoops to project shadow puppetry onto the window. Zina Zena a local painter who has been unable to display her work since the onset of COVID, also took the opportunity to use her windows as a gallery for the event.

With more than fifty individuals and community groups involved in 2021, Window Wonderland may well become a regular slot in the Bristol festival calendar in years to come.

This article and the photos within it were provided to 365Bristol by photographer Anya Agulova. Find Anya on Instagram.