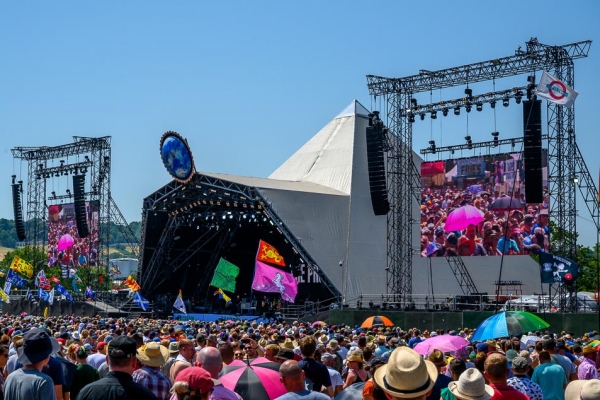 Glastonbury Festival IS going ahead this year (sort of)

The UK's biggest music festival is going virtual for the first time.

After the disappointment of being forced to cancel their world-renowned festival for a second year running in January, the Glastonbury team are back with a brand-new live-streamed event set to be broadcast around the globe in May.

In the absence of their regular programming, organisers will be showcasing an array of acclaimed artists live from the festival site, Worthy Farm, including Coldplay, Jorja Smith and Bristol's own IDLES.

This is about as close as any of us are going to get to Glastonbury Festival in 2021 - find out more and book your tickets here.

Tickets on sale now, at https://t.co/QTGMwdaW9i

For one night only, the greatest show online pic.twitter.com/ymJLc9RmPJ

No strangers to putting together jaw-dropping events, the Glastonbury team will be pulling out all the virtual stops for their first-ever major live-stream, following a spoken word narrative and guiding Festival-goers on a journey through the sacred valley in Somerset.

Musical performances include Coldplay, Jorja Smith, Damon Albarn, IDLES, HAIM, Kano, Michael Kiwanuka, Wolf Alice and special guest DJ Honey Dijon, all of which will take place at some of the most iconic areas of the festival site.

Broadcasting from the Pyramid Field and the Stone Circle, the team hope to be able to retain some of the fabled Glastonbury magic in the continued absence of the festival itself.

Honoured to be one of the few artists chosen to be performing at @Glastonbury Festival's 'Live At Worthy Farm' which will be live-streamed globally on 22nd May!

“After two Glastonbury cancellations, it brings us great pleasure to announce our first online livestream, which will present live music performances filmed across Worthy Farm at landmarks including the Pyramid and, for the first time ever, the Stone Circle.

“It will feature a rolling cast of artists and performers who have all given us enormous support by agreeing to take part in this event, showing the farm as you have never seen it. There will also be some very special guest appearances and collaborations.

“We are hoping this will bring a bit of Glastonbury to your homes and that for one night only people all over the world will be able to join us on this journey through the farm together!”

Tickets for Live at Worthy Farm, taking place on Saturday 22 May, are on sale now and can be found here. For more information and updates in the coming weeks, follow Glastonbury Festival on Twitter.