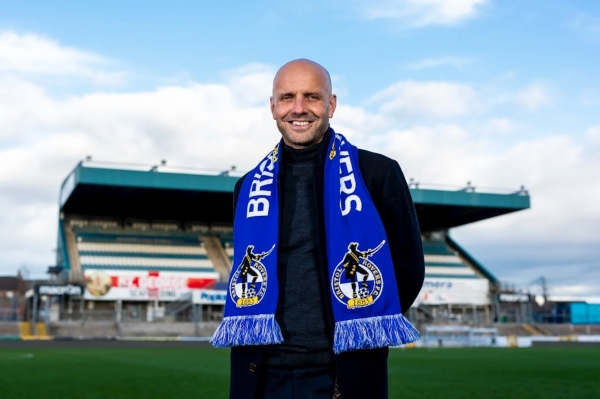 Bristol Rovers have formally unveiled Paul Tisdale as their new manager, days after previous boss Ben Garner was relieved of his duties after a poor run of results in the early stages of the 2020/21 campaign.

The former manager of Exeter City as well as Rovers' League One rivals MK Dons, Tisdale arrives in BS7 tasked with developing the playing squad and starting to push on up the table towards the play-off places.

???? Catch the first fixture of Paul Tisdale's era as Rovers Manager on iFollow!

???? We face @Official_STFC this Saturday!

????Click on the link below to purchase a match pass...#BristolRovers

Having had spells in England, Finland and Greece during a nomadic playing career, Paul Tisdale started his career in football management with the University of Bath side.

In a memorable spell for Team Bath, he led them to four promotions through the non-league pyramid, as well as a historic journey to the FA Cup First Round in the 2002/03 season.

From there, Tisdale took over at Exeter City, remaining in charge of the Devonshire side for an impressive 12 years, carrying them out of the National League and on into League One, guiding the club to their highest-ever league position in the process.

Tisdale's most recent managerial position was at MK Dons, where he managed to steady the ship and halted a sharp decline, delivering promotion back into League One at the first time of asking.

The 47-year-old arrives at the Memorial Stadium with a wealth of experience in Leagues One and Two, something that Rovers fans will be hoping can spark a good run of form and propel them up the table.

Speaking on the appointment, Rovers' CEO, Martyn Starnes, said: "We are delighted to welcome Paul to the football club. Paul has a vast amount of experience in the game and has several promotions on his CV.

"His ambition and long-term goals mirror that of the Club's ongoing strategy, to build a Bristol Rovers DNA. His track record of developing younger players is impressive and we believe he's the ideal person to maximise the full potential that the playing squad possesses."