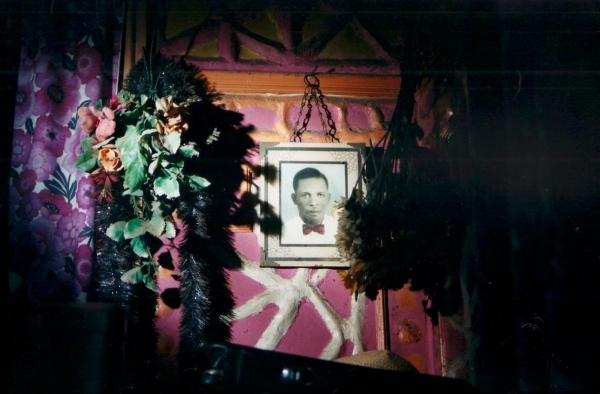 The Arnolfini have announced plans to screen two short documentaries in October, playing two Helena Appio films in the Dark Studio during the first weekend of the month.

As well as her 1998 documentary, A Portrait of Mr Pink, the museum will be showing DJ Derek's Sweet Memory Sounds, a BBC-commissioned film on the late, great Bristolian DJ.

Accessible alongside current exhibitions by Hassan Hajjaj and Chantal Joffe, the films will be screened from 12:00-17:00 on Saturday 3 and Sunday 4 October.

The films share a wonder of seemingly very ordinary people who did something extraordinary, sharing creative passions which brought people together.https://t.co/O5NngMlq4c pic.twitter.com/oHyhlGbaLD

Born in Nigeria and raised in London, Helena Appio is an award-winning producer, artist, designer and educator, best known for her work as a documentary filmmaker.

Her creative output defies easy classification, but exhibits a profound commitment to the stories of humble people existing outside the media limelight, whose everyday work makes a difference in the world.

Her 1994 film on DJ Derek is a perfect example of her dedication to documenting personalities on the fringes of art and culture.

DJ Derek’s Sweet Memory Sounds is a portrait of the much-loved late Bristolian DJ and former Cadbury’s Accountant, known at the time as ‘the blackest white man in Britain' and a major part of the city's musical community.

Meanwhile, A Portrait of Mr Pink tells the story of a Jamaican singer who settled in Lewisham in the 1950s, worked as a refuse collector and street cleaner, and whose vividly painted house dazzled all who passed it.

The two films outline Appio's wonder for the stories of seemingly very ordinary people, whose sharing of their creative passions brought others together at particular points in time.

Both will be screened on loop in The Arnolfini's Dark Studio across the weekend on Saturday 3 and Sunday 4 October.

For more information, or to see what else is coming up at The Arnolfini in 2020, head to their website.