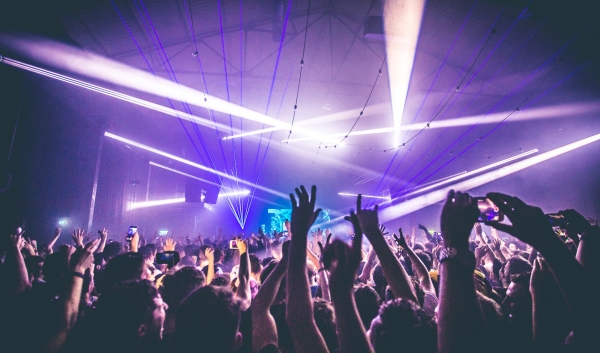 The dance music club and events sector is yet to receive any government support amid the coronavirus crisis.

The #LetUsDance campaign represents an urgent call for a financial support package, and a push for club events and venues to be recognised as a major part of the UK's arts and culture landscape.

Having been closed since March as a result of the coronavirus outbreak, clubs and large-scale events are expected to be among the last to be able to safely reopen and operate until the virus is brought under control.

#LetUsDance follows on from the Music Venue Trust's recent successful campaign to #LetTheMusicPlay, which helped secure a support package of more than £1.5bn for the UK's live music and arts sector.

With dance music venues and events excluded from the support package, the NTIA hope that #LetUsDance will achieve something similar, after they started campaigning for support for UK nightlife with #SaveNightlife in June.

Stars from the UK’s Dance Music Club and Events sector, are today issuing an urgent plea for support from the UK Government, and to recognised as important part of the UK's art and culture.
Support #LetUsDance Campaign by uploading the last club or event photo or Emailing your MP pic.twitter.com/1L9XjrM2qY

Launching nationwide, the #LetUsDance campaign asks artists, promoters, club owners and members of the public to post a picture or video of a recent party, festival or club event with a caption to outline the importance of the nightlife sector.

Supporters of the campaign are also asked to get in touch with their local MP where possible, to put further pressure on government officials and bring the issue to the forefront of coronavirus recovery plans.

The NTIA have drafted their own sample email for fans, artists and industry professionals to access and send automatically, which can be accessed here.

Nightclubs and music festivals are a vital part of our culture and heritage- and major drivers of the UK's economy. Why have @10DowningStreet @RishiSunak left the industry high and dry with no mention in COVID arts funding, no sector-specific support, and no reopening date? ???? https://t.co/NDEfCSt1Xy

How can I get involved?

The NTIA ask that people support the #LetUsDance campaign by doing one or both of the following:

All you need to do to spread the word is post your favourite picture from a recent event - it could be a party at your favourite club, the first visit to a new venue or a shot from a festival last year - with a caption highlighting the importance of clubs and dance events for UK culture.

The NTIA have prepared a selection of graphics to post along with your photo(s), which you can find here.

2. Write to your local MP

As mentioned above, the NTIA are urging supporters of the #LetUsDance to get in touch with their local MP to express their concern for UK nightlife and stress the importance of establishing a support package for thousands of struggling clubs, events and workers.

The NTIA have drafted a template email to MPs, which can be found here alongside a search feature to find your local representative.