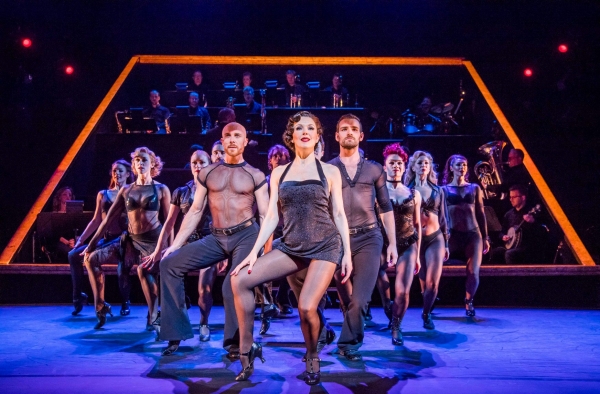 Chicago The Musical is coming to the Bristol Hippodrome

Exciting news: hit musical Chicago is going on a U.K. theatre tour in 2021, and it’s stopping off in Bristol.

As part of an extensive U.K. tour, the 1996 production of Chicago The Musical is set to enjoy a 6-night run at the Bristol Hippodrome, from Monday 12 July until Saturday 17 July 2021.

Prepare to give 'em the old razzle-dazzle when Chicago rolls into Bristol from Mon 12 - Sat 17 July 2021!

It'd be criminal to miss the 'world's sexiest musical' and its tale of murder, corruption, greed and glamour. Grab your tickets from June 18th! pic.twitter.com/gO016AsxD7

Amidst the razzle-dazzle decadence of the 1920s, Chicago tells the prohibition-era tale of Roxie Hart.

Roxie is a housewife and nightclub dancer who murders her on-the-side lover after he threatens to walk out on her.

Desperate to avoid conviction, she dupes the public, the media and her rival cellmate, Velma Kelly, by hiring Chicago’s slickest criminal lawyer.

He then transforms her malicious crime into a barrage of sensational headlines.

The 1996 production of Chicago is the longest-running American musical in Broadway and West End history. The classy crime thriller has won countless awards, including six Tony Awards and a Grammy.

Featuring the musical’s famed songs including ‘Razzle Dazzle’ and ‘All That Jazz’, the production is the work of John Kander, Fred Ebb and legendary choreographer Bob Fosse.

Since it opened in New York back in 1996, Chicago has played in 36 countries worldwide in a range of languages.

It’s estimated that it has been enjoyed by over 33 million people across the world.

Casting for the new U.K. theatre tour is yet to be announced, so keep up to date via the Bristol Hippodrome's social media pages.