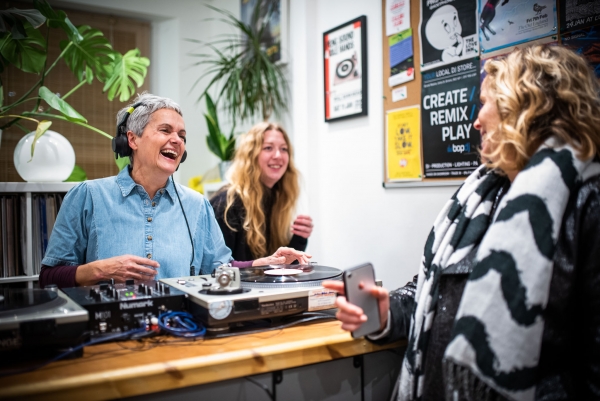 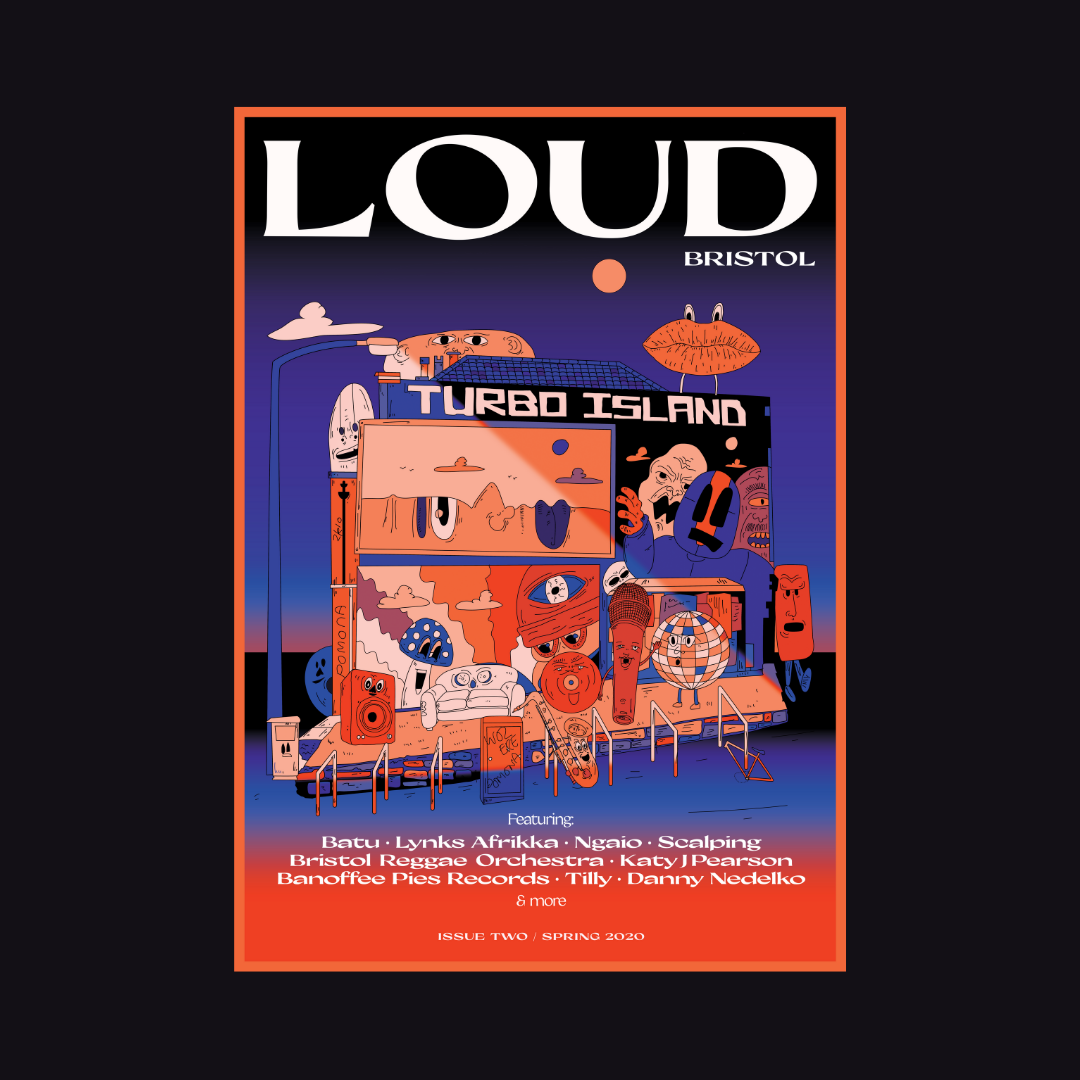 Nothing's perfect, Bristol's music scene included. Though it's home to weird and wonderful sounds, landmark venues and innovative labels, it also suffers from a list of problems. Venues under constant threat of closure, a lack of representation both on and off the stage - even discrimination on the dancefloor; these issues aren't unique to Bristol, but change starts from within. So, who really are the people effecting change? Which projects are providing us with solutions? There's a few, and it's time to take note. Here, we meet some of the key individuals and initiatives making moves within the city's electronic music scene. 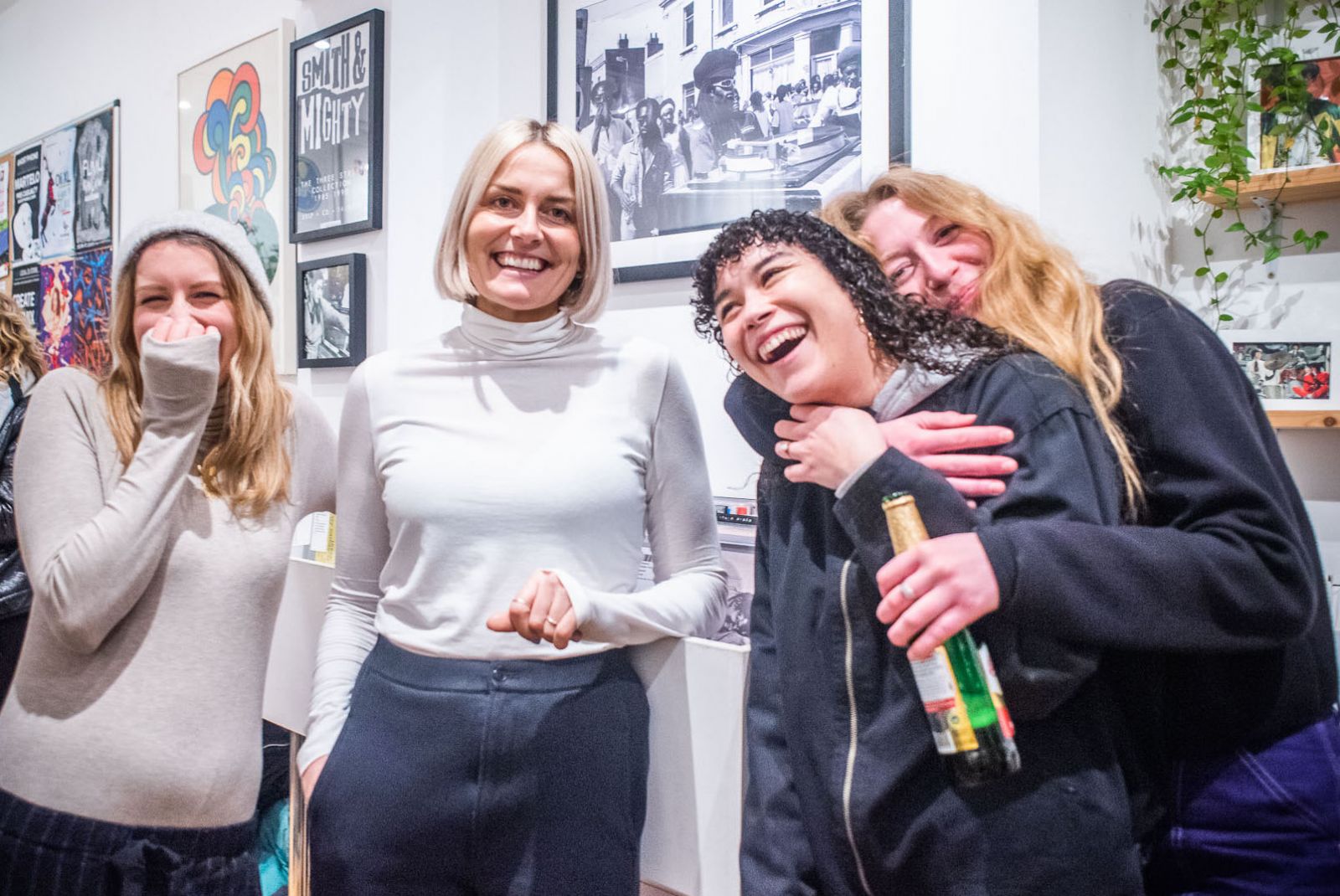 DJing is a privilege: equipment and records are expensive, learning how to mix takes time, and time is money. And as the old saying goes, it's not what you know; it's who you know. It's a cycle that has no doubt contributed to the industry's current lack of diversity; both on the decks and behind the scenes. In fact, it's systematic: favouring those with time, money and mates. So if you want to get your foot in the club door, where the hell do you start?

In September 2016, DJ, visual artist and academic Yewande Adeniran (aka Ifeoluwa) founded Intervention, a free DJ workshop for womxn, non-binary and queer individuals, and people of colour. "Growing up, and constantly being excluded despite my best efforts," Yewande explains, "I grew accustomed to feeling powerless and an anger that I was never allowed to express. So, I decided I would use this energy for something positive." A space to "rage, dance and laugh", Intervention aims to equip attendees with the basic skills and confidence required to DJ. And that it has: in three years, the project has collaborated with venues and initiatives across the U.K., including Queer Bristol and the Arnolfini. It's also supported the likes of Daniela Dyson (aka PMS Casualty) who, last year, collaborated with Young Echo's experimental hip hop trio, Jabu.

Another key initiative inspiring a new wave of DJs in Bristol is Mix Nights. A non-profit project founded by Saffron Records and the now-defunct Bristol Women in Music, Mix Nights offers a nine-week DJ course for womxn and non-binary people. Under the direction of leading local DJs Em Williams, Danielle and Daisy Moon, attendees learn the basics of mixing with vinyl or CDJs. Serious hype surrounds the course (Boiler Room, Red Bull and Radio 4 have each run stories about it), and with good reason. Since its inception, Mix Nights has trained approximately 130 people; at least 40 of whom now DJ regularly. Some even host their own nights and radio residencies.

"Without this course, I would not be where I am now," says former Mix Nights participant Jozie Doherty (aka grime selector J Oh Zee). "In the year that I did the Mix Nights course, I played over 50 sets; on the main stage at the 02 Academy for Eskimo Dance, on Rinse FM in England and in France – I also got three radio residencies!" Jozie is one of dozens Mix Nights success stories. So, what's the key?

Like Jozie, fellow Mix Nights graduate Averil Cooper (aka drum and bass DJ, Averse) mentions the safe and encouraging environment in which training takes place. "My favourite thing about the course was that I could learn in an environment where I felt comfortable and supported," says Averil. "There is a lot of misinformation out there when it comes to DJing - it can be difficult to know which advice to take and which to ignore. Mix Nights is so beneficial because you are taught by experienced people whose advice you can trust." 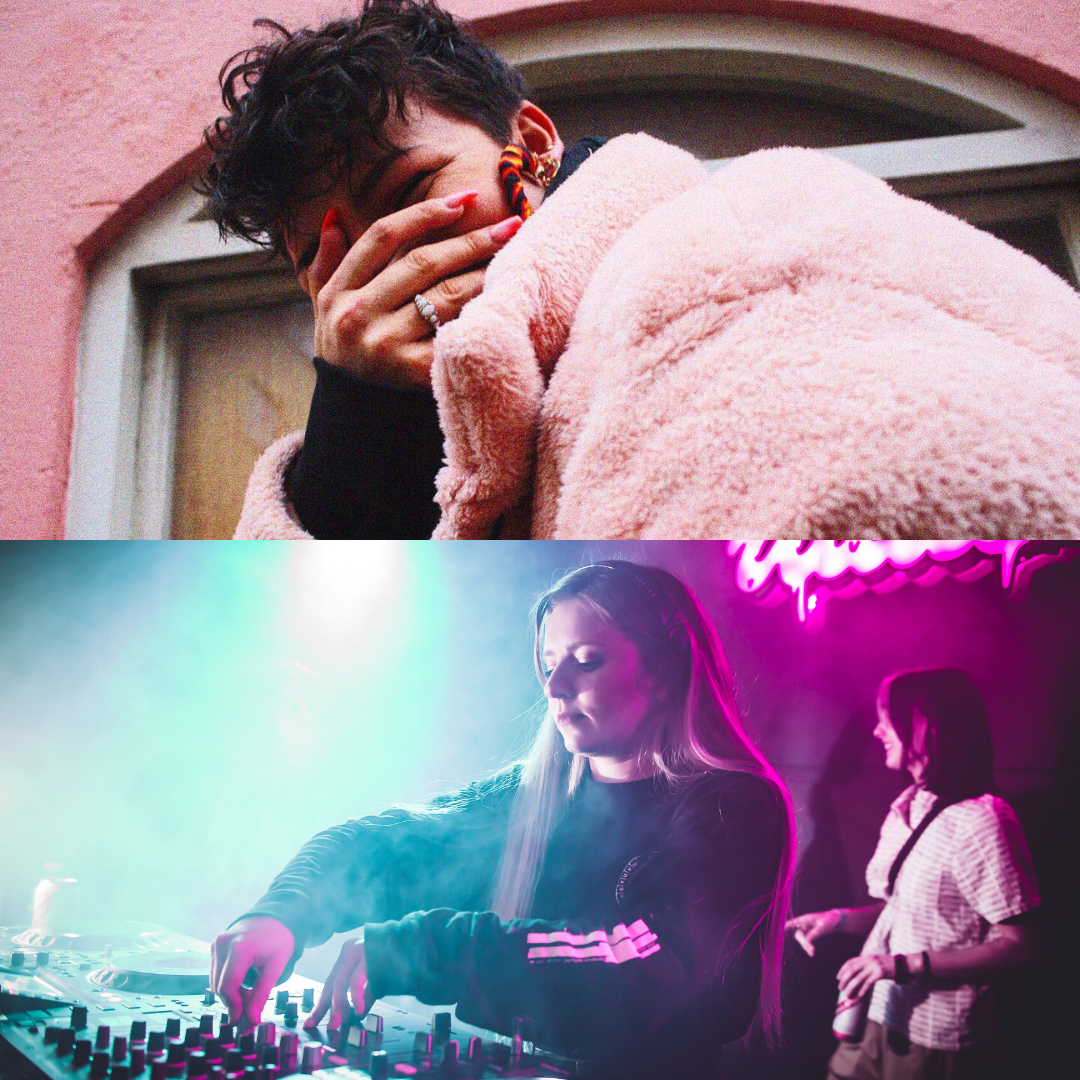 It's not only former participants who praise Mix Nights. When I speak with Maya Gamble, the Gender Equality Programme Coordinator at Team Love, she mentions Jozie as a key example of the project's success, alongside Noods Radio resident Ellie Stokes. "That one project has transformed this Bristol scene," says Maya. "I genuinely think there are many more female DJs here now."

But what's happening at the other end of the spectrum? While Intervention and Mix Nights provide a solution for those just starting out, (though, both initiatives regularly host events, enabling former participants to showcase their skills following training, such as Mix Nights' MN Series), who is supporting DJs further into their career? Well, Maya is. At Team Love, part of Maya's role involves monitoring the bookings for events like Love Saves The Day, ensuring progress with representation. The importance of Maya's role is indubitable: in 2018, non-male representation on the Loves Saves The Day lineup stood just below 20%. Since things have improved considerably; last year, that figure increased to 28.48%, and in 2020, the festival predicts non-male acts will make up 38% (or more) of the bill.

It's a progression about which Team Love can be proud, but Maya says there is, of course, more work to be done. Not only that, but Maya explains that achieving a 50/50 main stage split remains a challenge. And so, Maya believes nurturing rising talent is crucial: "something that we're trying to do at Love Saves the Day, in particular, is, we are populating our smaller stages with loads of womxn, because by investing in them now - trying to give them good stepping stones - we can help to grow them into those future headliners." It's a solution-focused strategy that we have on good authority; after all, Maya curated 2016's successful grime-takeover of Glastonbury's Sonic Stage.

The importance of nurturing new talent beyond the realm of the novice is something echoed by Ngaio, the founder of Bristol collective and party, Booty Bass. "I think when people are trying to book, they're only looking for a headliner. And it's like: what about all the things that come before that? You need to give people that space to practice," she explains. "I think it's so important to have those middle spaces where you don't need to be either novice or expert."

Ngaio, who also learned to DJ with Mix Nights, says she was given this space by Easton pub The Plough, where she held a monthly residency not long after completing the course. Ngaio says the slot "massively upped" her game: "for four hours, once a month, practising on proper decks – that was huge. It's not even just the technical," she adds. "It's reading the crowd; it's knowing what to do when something goes wrong - it's getting feedback." Ngaio's residency at The Plough has since become Booty Bass, a party showcasing and celebrating womxn and non-binary DJs, and bass music. It's also a space for upcoming DJs too: iterations of the Booty Bass' crew have included fellow Mix Nights graduates Vanessa Maria, Bungzo and Adibah.

The impact of Intervention, Mix Nights and Booty Bass cannot be understated. While these projects enable more people to access the industry, they, in turn, facilitate better representation on event lineups. And better representation on event lineups, says Ngaio, can make for better audience experiences. "What I was really realising whenever I was doing Booty Bass events," explains Ngaio, "was that when womxn were seeing me DJ, they would come to the front. Because I'm having such a great time, dancing around, dutty winin' behind the decks, they feel like they can, too. And it doesn't have to be sexual," she adds. "That was always my thing with Booty Bass and the music I play; I was like: I wanna play music that makes people wanna dance, and stuff that you can shake your bum to, and that not be an invitation for someone to come grab it." 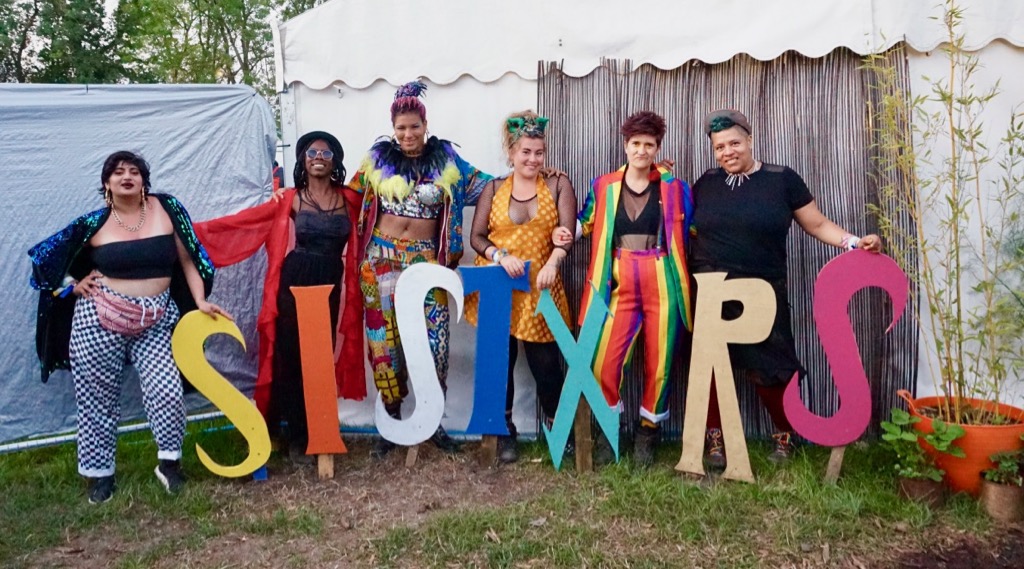 It's an important point to make: while more diverse lineups may encourage party-goers to feel freer on the dancefloor, exactly how to ensure events are safe and welcoming for all is an ongoing challenge. It's something which Ngaio, alongside the council's independent advisory group for the night-time economy, Bristol@Night, have noted. They're currently in talks to develop a safe space framework, titled 'Halt Harassment', to be implemented in venues across the city. The framework will aim to hold harassment to account, giving venues the tools required to handle instances with confidence and consistency. In the meantime, different collectives are working to find solutions for dancefloor safety.

Take Repercussion, a new night founded by former Mix Nights participants Hannah Stewart and Jenny Duffy. Inspired by personal experiences of clubs and festivals, Repercussion is a music and performance event. The aim? To "regain the dancefloor from the heteronormative scene," providing party-goers and performers alike with a welcoming, inclusive and liberating environment. Prior to Repercussion's first event (which took place at The Exchange on 6 March), Hannah shed light on how they planned to achieve this goal, including the introduction of no phone and photography policy. In doing so, Hannah explained, they hope to "protect our audience from any potential harm from misleading or inappropriate footage." Hannah added: "I also believe that the dancefloor is the perfect place to create a sense of community - people using their phones consistently detracts from the moment."

A HUGE thank you to all the performers, DJs and wonderful guests. You were all totally amazing - we couldn’t of asked for a better crowd. Here’s to the next one! ???? #repercussion

Everyone I spoke with for this article seemed to agree on one thing: there's more work to be done. Speaking on why Intervention was founded, Yewande explains: "the scene has changed ever so slightly, but the same issues are still there. It's dominated primarily by white, male, cisgender and straight bodies who by default have access to spaces and opportunities. We're still being tokenised, paid less and commodified," Yewande continues. "I doubt it will be finished in my lifetime, but I'll definitely keep on working towards a more positive future 'til my last days."

It's true - there's a long way to go until lineups become genuinely representative of their audiences, say. Despite this, Mix Nights Project Manager Lizzy Ellis says there are a few things the Bristol music scene can do, right now, to aid improvement: "support womxn all year round, don't only reach out to us to play at your night on International Women's Day," Lizzy advises. "Work with organisations like us [Saffron] to provide initiatives for womxn to progress in the industry, and give a safe and fair platform that is not purely tokenistic. Be prepared to work that little bit harder and dig just a little bit deeper to ensure your lineups and workplaces are diverse - do your research! There's no excuse for an all-white, cis-male lineup now." Too right. 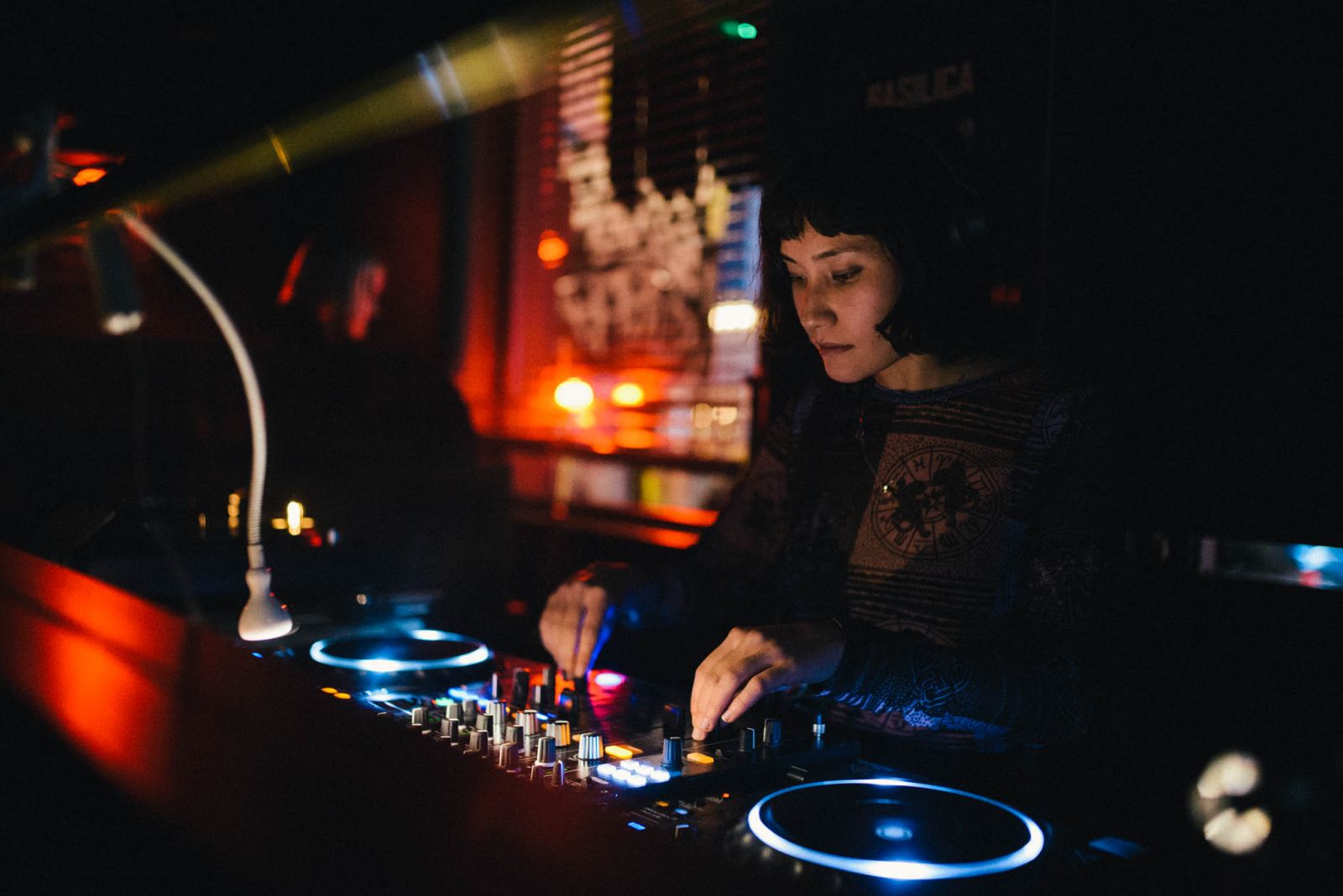