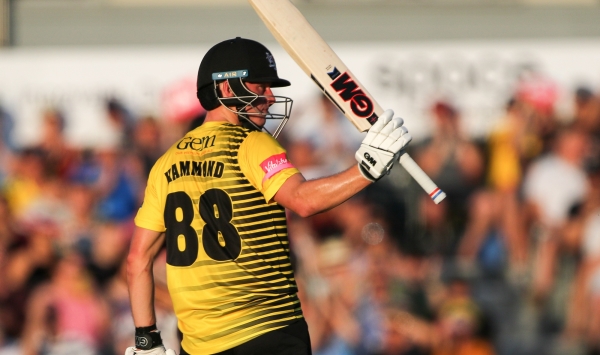 The extension will see Hammond remain at the club until the end of the 2022 season.

Cheltenham-born batsman Miles Hammond has extended his stay at Gloucestershire Cricket for a further two years, the club confirmed yesterday.

Having featured in the top order in all formats last season, finding particular success in the Vitality Blast with 322 runs across the competition, Hammond has established himself as a key part of the GCCC setup.

Gloucestershire Cricket is delighted to announce that Miles Hammond has signed a two-year extension, seeing him at the Club until the end of the 2022 season ????

Hammond also showed Gloucestershire supporters his quality during the 2019 Royal London Cup. Despite only featuring in four matches, he averaged an impressive 41.25 with a top score of 95, leading his side to a 116-run win over Sussex.

Speaking on his contract extension, Hammond said “I’m very excited to have signed a new two-year contract extension at Gloucestershire Cricket. It’s a club I’ve been at since I was 14, and being from Cheltenham, I always wanted to play here."

"I’m thankful for the belief the club have shown me," he added, "and I can’t wait to get back out on the field with an exciting bunch of lads once this uncertainty is over."

Since making his debut for the club back in 2013, Miles Hammond has showcased a rare ability to adapt his game throughout his career. Still only 24 years old, he still has ambitions to improve his overall performance even further in seasons to come.

Head Coach Richard Dawson, who has worked closely with Hammond during his time at GCCC, is "delighted" at the news of the batsman's contract extension. "Hopefully, with the club's backing, he can continue to show Gloucestershire supporters his ever-growing talent and his terrific character.”