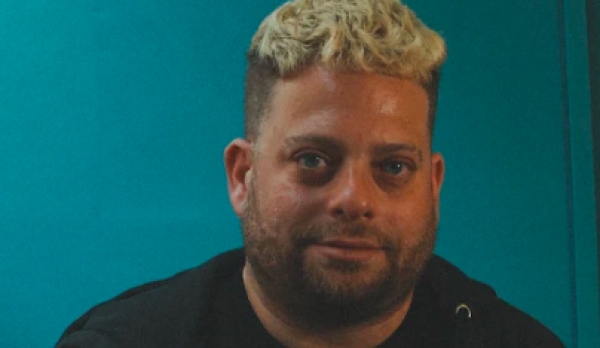 In 2014, a Defected Records boss heard a brand-new GotSome track on the radio. He knew it was big. Weeks later, the original GotSome duo, Adam Gorsky and Alex Holmes were signed to the very same label.

In the following years, GotSome would release a number of EPs (two on Defected) and a track with grime godfather Wiley, alongside a series of singles and heavy Kenny Dope remixes. Fist-pumping music at its finest.

Today, GotSome is a solo project, and Adam has an infectious energy about him. Equipped with a cheerful smile and bright, friendly eyes, he joins me just a couple of days after Glastonbury with a dodgy throat and big shades. I applaud him for making the interview. "It was trippy," he admits. Say no more.

It's hard to think of a genre on the dance music spectrum into which Adam hasn't dipped his toes. A Bristol kid through and through, and he has his childhood to thank for his eclectic taste. Adam describes himself as "the kid around the block", who would sneak into raves as young as 13 with his older mates, knowing even then that music was the route he wanted to go down.

"I'd be on the bus on my own with butterflies in my stomach on my way to meet my 19/20-year-old, taller friends," he remembers. It's a feeling many of us can relate to - that first experience at a club. Queuing to get in, memorising the details on the ID, praying the bouncer wouldn't question it.

Growing up in the thick of the drum & bass and trip-hop era of DJ Die, Roni Size, Full Cycle, Portishead and Massive Attack, Adam got into DJing at age 16. "You'd always see Tricky walking down Gloucester Road, going to get his milk or something from the Co-op. It would make me feel inspired as a kid. These people are going on tour, but here they are in the supermarket!"

Recalling the days which inspired his earliest experiences with music, when he was into sampling a lot of hip hop and nicking records from his friends' boxes, Adam remembers: "I worked in Waitrose and saved up to buy my first pair of Technics, and the rest is history." He fell into a music school in London and upon returning to Bristol, was reminded of its unique musical culture. "Bristol's the best," he says. 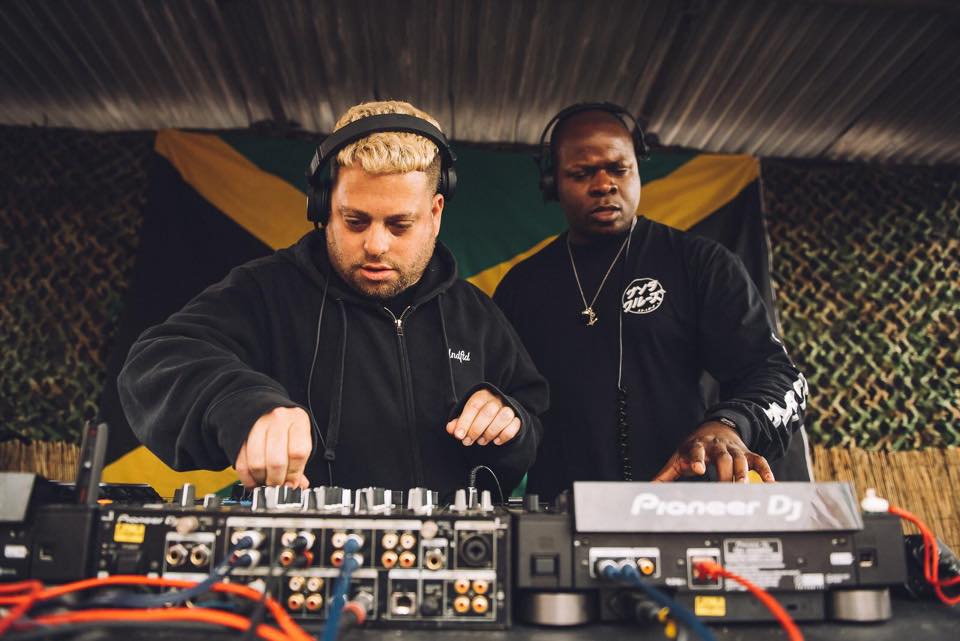 Adam would play on pirate stations routinely, a regular on Passion FM among others. "Passion was in an old squat house on Stapleton Road, next to the chicken shop. You'd knock on the door and run up, play your hour and hope the police wouldn't turn up. There'd be a shady toilet in the back room, with a flush that may or may not be working," he laughs.

Back then, he'd go to all the mainstays, including London's Rinse FM. There, he'd play jungle, a bit of garage and late dubstep alongside the likes of Joy Orbison and other peers of that scene ("before they went super techno."). It was an interesting period to be on the radio circuit, with many of today's biggest producers and DJs cutting their teeth in underground circles.

From there, Adam lent his name to a variety of genres, playing drum and bass sets, and releasing the acclaimed Planet Music alongside Danny Byrd under his Adrock alias in 2008. After, he delved into UK garage as part of the Forget Me Not trio. It was almost by accident that he became a house producer after that, moving away from bass-driven sounds and into a new environment.

"I'd heard jungle and drum & bass for so long, and began to think 'well, what's next?'" At that time, Adam was a resident DJ at the old E-Shed with garage DJ Ben Daly. On Saturday nights, the pair would take over the bar and experiment with each other's music. "I'd play hip hop and jungle, and he'd play garage and house. I'd go into his record box, he'd go into mine and then all of a sudden, I was a house DJ," he remembers.

The landscape has changed in the city since those days. Many of the clubs Adam raved and played sets in aren't around anymore, and he recounts when the likes of DJ Premier, De La Soul and Theo Parrish would play at Creation, or when Mixmag threw parties in UWE's Students' Union. "They were ridiculous!"

Nowadays, parties are thrown almost every night in Bristol, and there's a hell of a lot to choose from. So, chances are, you'll only attend the ones that play the sounds you like. Adam, on the other hand, still has a soft spot for the multi-genre parties of the early days.

"It needs to happen! We worked hard for years to host inclusive parties," he says, "it would be sick to see a dance with different heads from across the music scene. House, dub, jungle, grime, dancehall, techno - all under one roof. There's a bigger picture here, about culture: there are a lot of DJs and promoters who are coining money, but they're not thinking about it!" An ode to this ethos underpins his latest track 'Acid', featuring hip-hop titan Roxanne Shante.

Shout out and mad love to everyone who came to rave with me in the PSY Forest at one of my favourite festivals @boomtownfairofficial
What a crowd!! ??....#boomtownfair #boomtownfestival pic.twitter.com/hmwUwOb8Gz

"The tune's about how we've worked the whole of the 80s and 90s to bring dancefloors together. The song we've written is about this message to keep it alive going forward. And right now, I want to see more of that in the party." The track might be one of the most unexpected collabs of 2019, and the process was surprisingly easy, says Adam.

"A year ago, I went to see The Juice Crew at the O2 in Bristol, and she was the best out of everyone," he remembers. "I come from hip-hop, so I thought 'why did hip-house stop happening?' The breakbeat, slow jungle and high vocals are on the edge of being a tad cheesy, but Roxanne was a dream."

And so, Adam spoke to her label who gave him a number - her direct line. "Would you believe it! She answered the phone so casually," he smiles. It's clear: that same, excitable teenager who felt inspired by his idols buying milk is still there - he's just a little older.