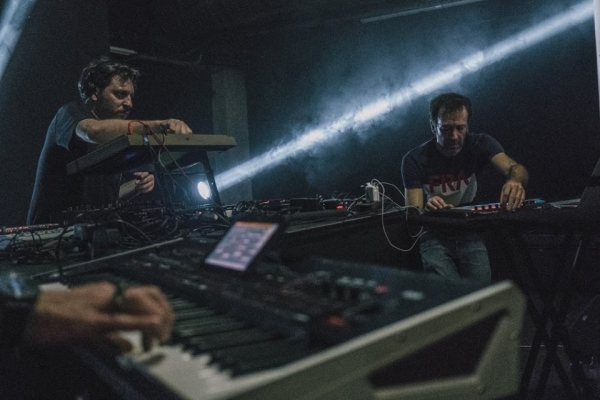 The fusion three-piece are set to play Colston Hall's Foyer on Thursday 7 November as part of an extensive 2019/20 tour.

Formed in 2012, Acid Arab is a collaborative project between Guido Minisky, Hervé Carvalho and Pierrot Casanova. Rooted in the sounds of the Middle East and Northern Africa, their style blends traditional vocals and instrumentation with forward-thinking, club-oriented beats.

The group's second studio album was released earlier this year, to widespread critical acclaim. Titled Jdid, meaning 'Now' in Arabic, the record saw them collaborate with a number of artists.

Acid Arab have joined contemporaries Omar Souleyman and the aforementioned Razid Said in bringing a high-energy Middle Eastern sound to the electronic music scene, marrying the two styles to create a party atmosphere that's made waves at clubs and festivals across Europe in recent years.

The band arrive in Bristol on Thursday 7 November to play Fiddlers. It's just one stop on the UK leg of their 2019/20 tour, which will see them perform at Phonox London before going on to tour Germany, India and across Europe.

Tickets for Acid Arab at Colston Hall on Thursday 7 November can be found here.