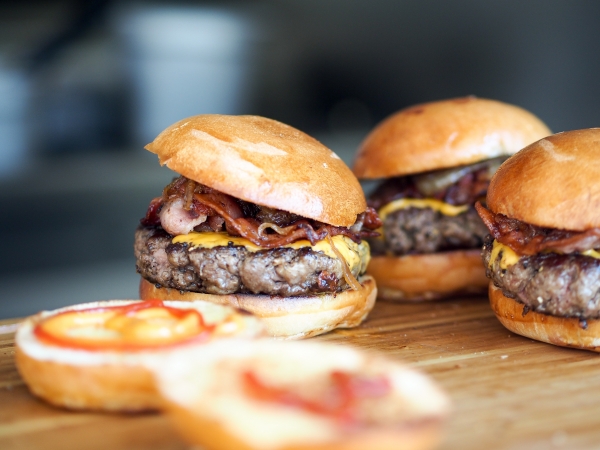 For National Burger Day 2019, we thought we'd put together a selection of the best burger spots in Bristol this year. There isn't one major street in Bristol which doesn't have a good burger place. When taken together with the fact that so many pubs now serve great quality burgers as standard, it's arguably the city's favourite dish when eating out. So, where can you find the best of the bunch? 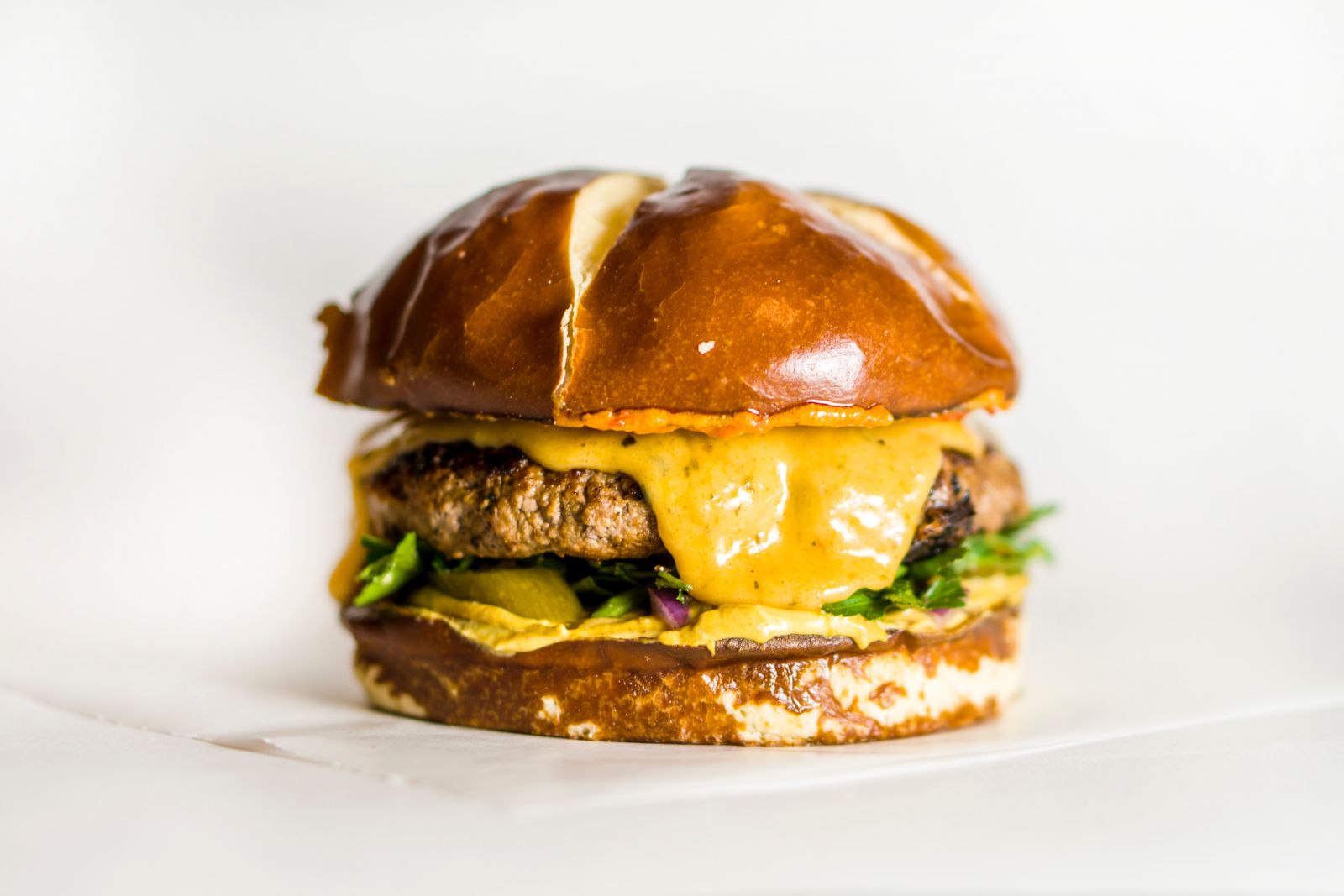 They catered the BARBIE (Bristol Association of Restaurants, Bars and Independent Establishments) Summer BBQ and we loved the set up where you add your own sauces and pickles. The Duck Egg Mayo was amazing!

The most established independent burger brand in Bristol? The Burger Joint team aren’t new on the scene, but their longevity among a constantly revolving cast of burger enterprises might tell you all you need to know about what they produce. The sight of Burger Joint customers filling the Whiteladies Road and North Street outlets is a fixture for Bedminster and Clifton residents. So, what’s on the menu that has kept Burger Joint customers so happy for so long? Meat from Bristol’s premium Ruby & White butchers goes into Burger Joint patties, which you can order with toppings such as black pudding, Monterey Jack cheese and pulled jackfruit. Find out more about a burger joint fast reaching ‘institutional’ status here. 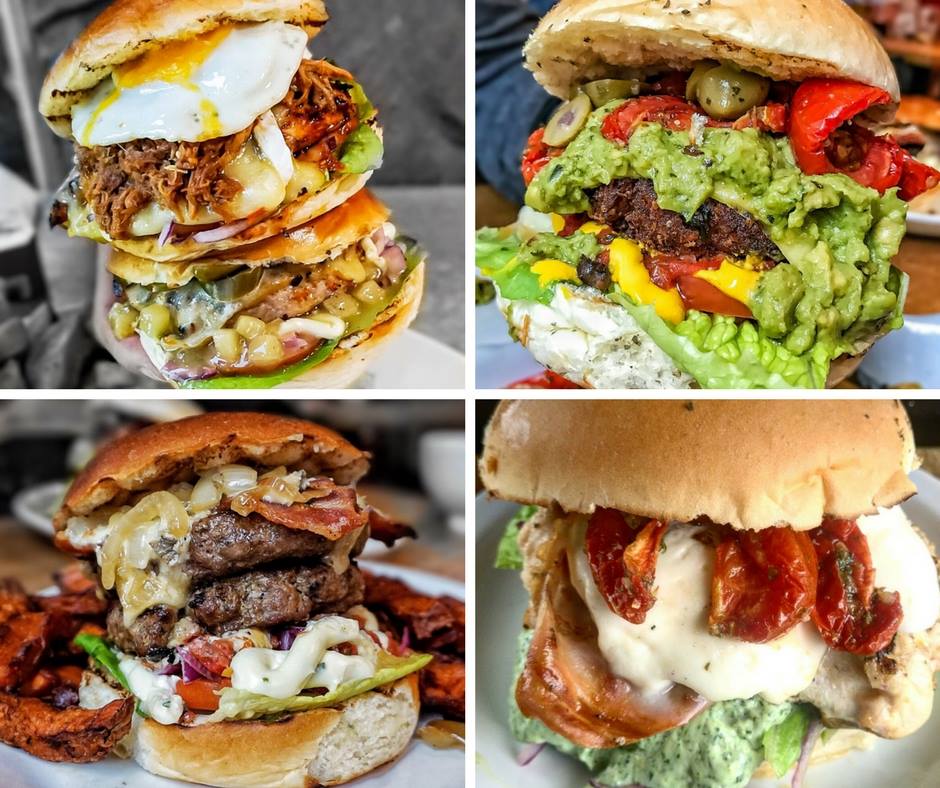 Located on Welsh Back alongside some of the busiest spots in Bristol during the Summer months, Buttermilk & Maple sits right at a prime location close to St Nicholas Market. Alongside their classic B&M Burger, you’ll also have the choices of a Quinoa Burger or Buttermilk Chicken Burger. Buttermilk & Maple is the perfect stop at the end of your stroll along the Mud Dock and Welsh Back. They’re open from Monday to Sunday, 10am to midnight and you can contact them on 0117 301 8801. Take a look at their website for further information on their menu. 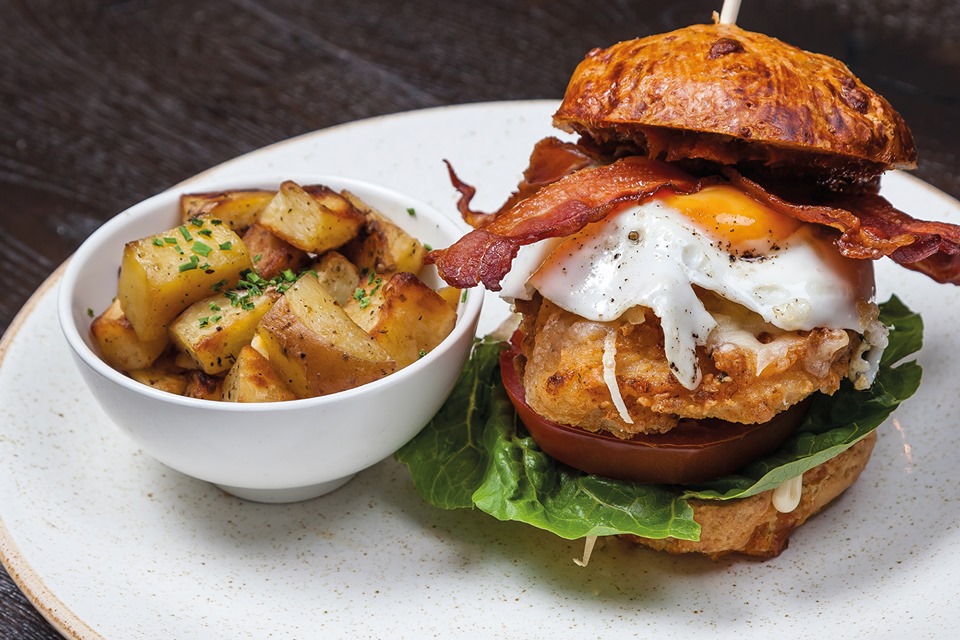 Reputedly one of the friendliest pubs in Bristol, The Hobgoblin is well-known for having another outstanding feature – it’s probably the best pub in Bristol for heavyweight burgers and American-influenced pub grub. Located at 69 Gloucester Road, the pub is one of those city-centre meeting places where there’s a good balance of regulars, students, people looking for a pub quiz win and plenty of groups out celebrating. Apart from the infamous pub quiz on Sundays at 7pm, the pub has been known to challenge brave diners to complete burger-based challenges.

You can order legendary Hobgoblin burger creations such as the Double Bubble (double beef burger, crispy bacon, choice of cheeses) or The Triple Bypass (Triple burger stack) with Dirty Fries and other large sides. As the Hobgoblin menu warns, their food isn’t really for those who like to count calories. Get in touch with the team at The Hobgoblin here. 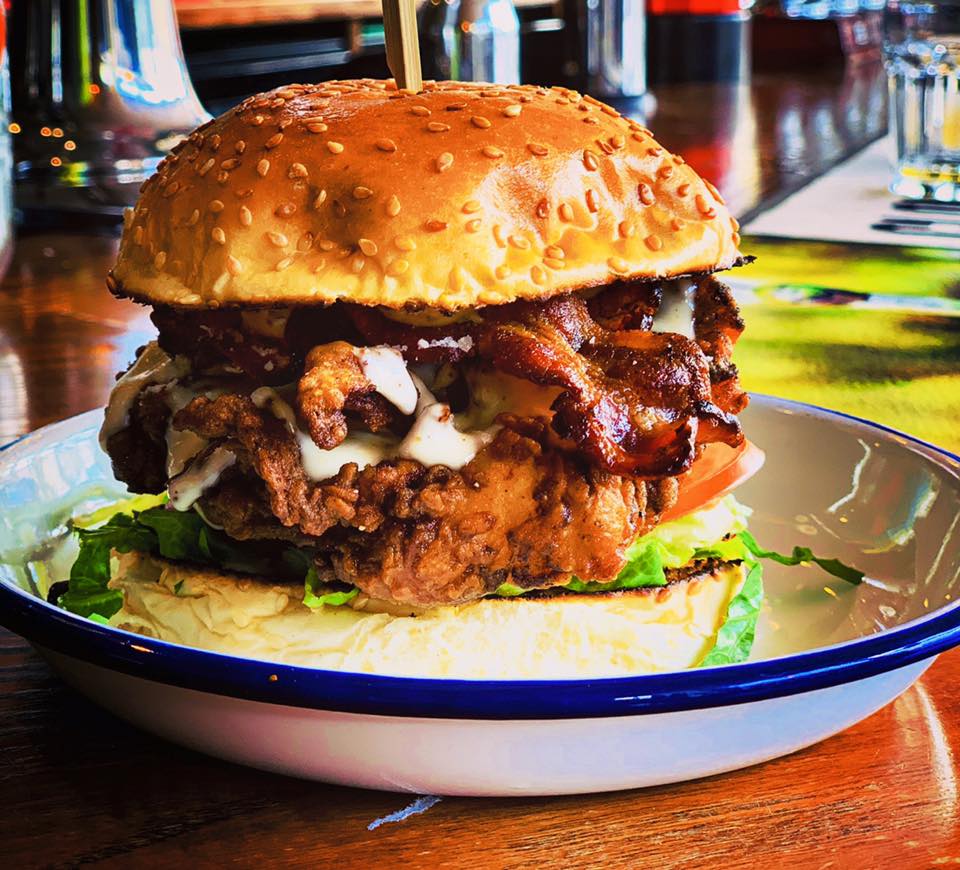 Self-described as “a tiny restaurant with big adventure,” Squeezed is run by Alex Hayes, who also happens to be the Burger Chef of the Year 2019 – the best burger chef in the whole UK. Perhaps as you’d expect, Hayes’ creations are already talked about by pretty much everyone in Bristol who’s visited the Wapping Wharf burger spot. Although in February his dozen competitors at the national finals in London may not have heard of him, almost all of Bristol seems to be spreading great word-of-mouth reviews.

Squeezed focus on making sure that every element of the burger experience is well-crafted: drinks are given as much thought and attention as the patties themselves, and accompanying sauces are treated with the same care. You’ll find Squeezed at Cargo (Wapping Wharf), number 23 - take a look at further information here. 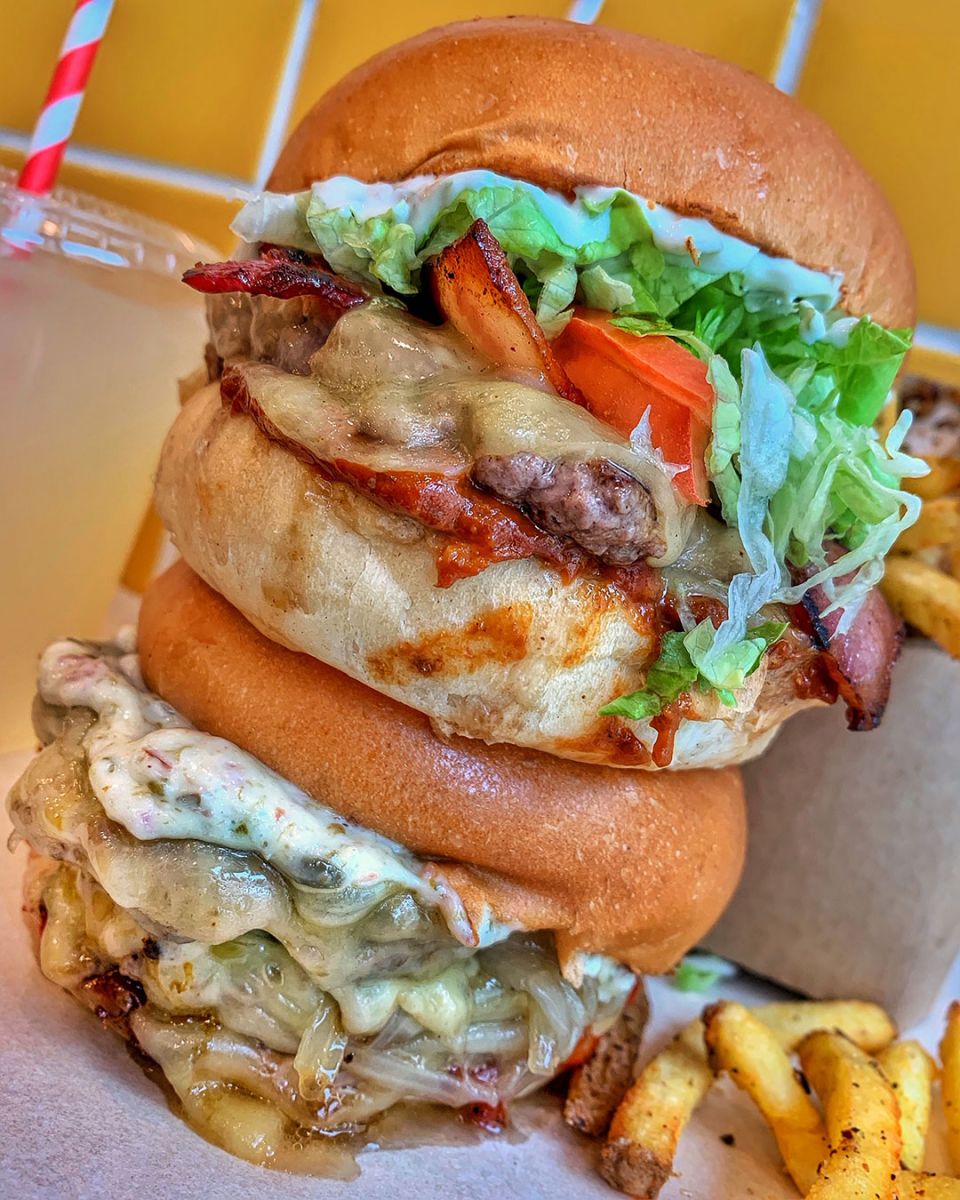 Three things make up the priorities for Three Brothers Burgers – their constantly revolving range of ciders, new craft beers and, obviously, excellent burgers. Opening in Spring 2014, Three Brothers has become a staple attraction for Bristolians and tourists alike. The location, right beside the Old Duke and the Apple bar and at the end of the King Street drag, means that Three Brothers is almost always bustling and full to the brim. Take a look at their menu here. 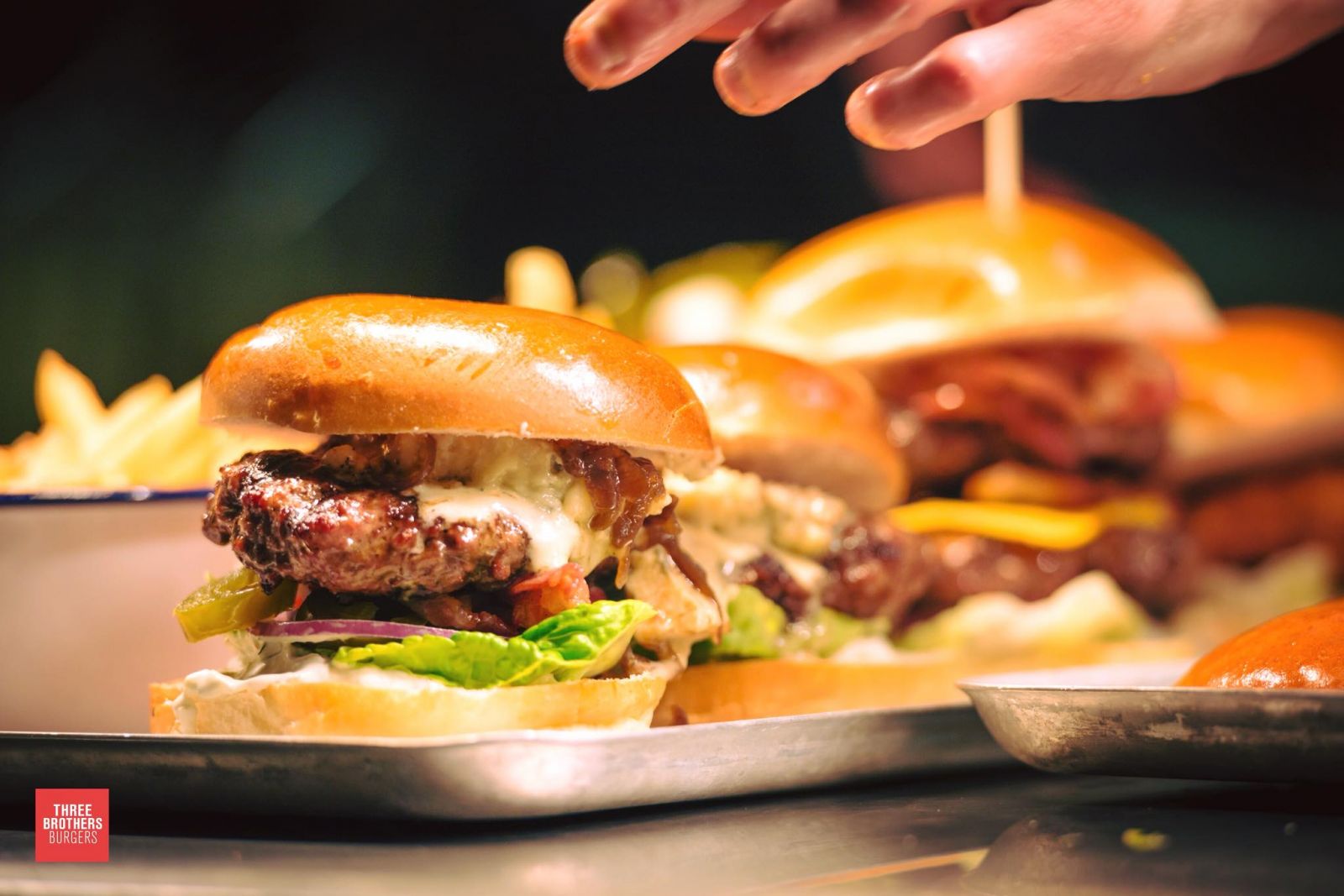 Founded by experimental chef Rory Perriment who began trying out new ways of putting burgers together in 2012. Rory was then joined by Oliver Thorogood and Nicolas Makin, and they decided to take their burger creations to the rest of the world. You probably already noticed the Burger Theory outlet on the corner of Baldwin St and St Stephen Street – it’s surely one of the busiest places to eat in the whole city at the moment. The menu shows why – you’ll find all sorts of new and fresh accompaniments for your patty such as swiss cheese and ale-based jams. You can contact Burger Theory on 0117 929 7818, or check out their website. 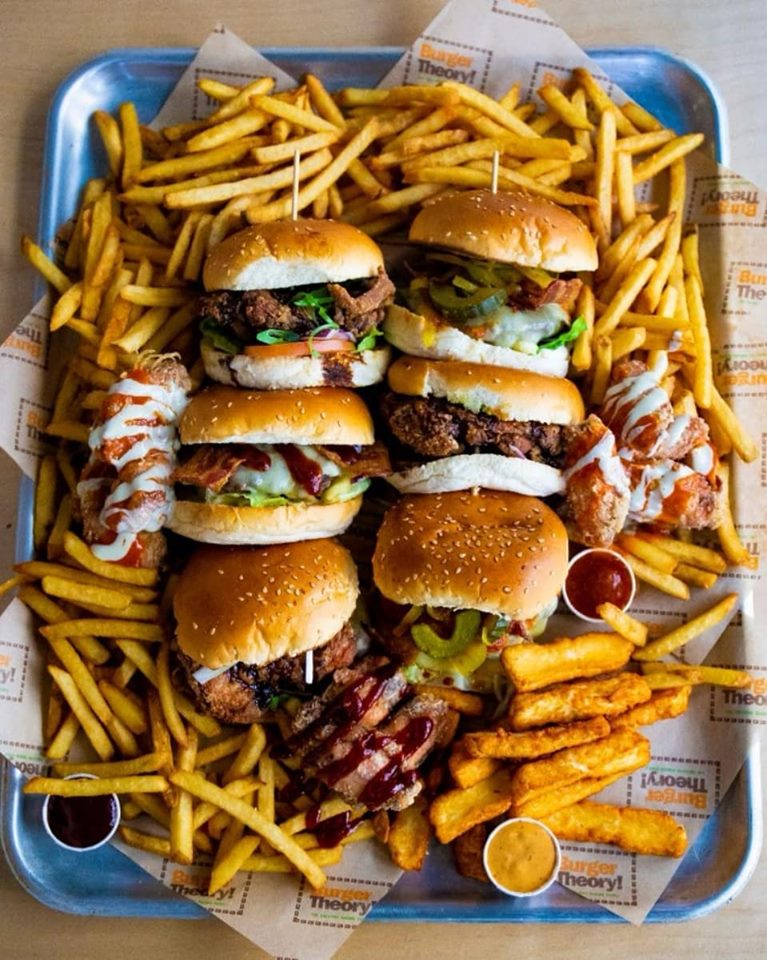 Have we missed out your favourites - send us a message and tell us where and why!