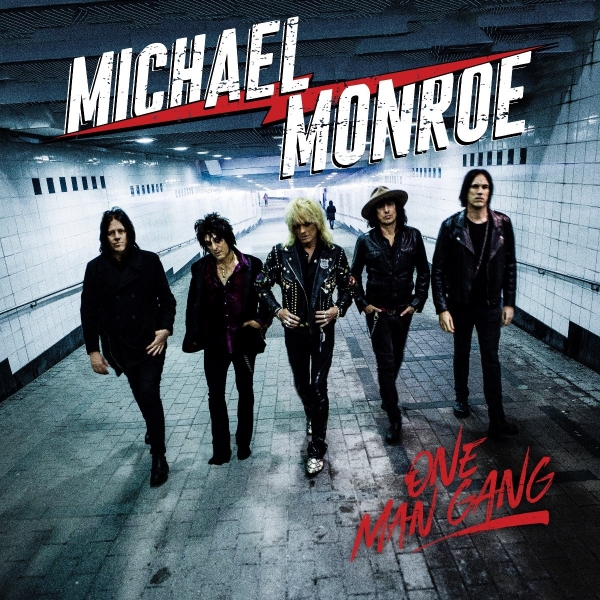 Former Hanoi Rocks frontman and bonafide rock star Michael Monroe is coming to Bristol this November, bringing his powerful new material to The Fleece on Thursday 7th alongside an all-new on-stage lineup. Tickets are on sale now - get yours here. 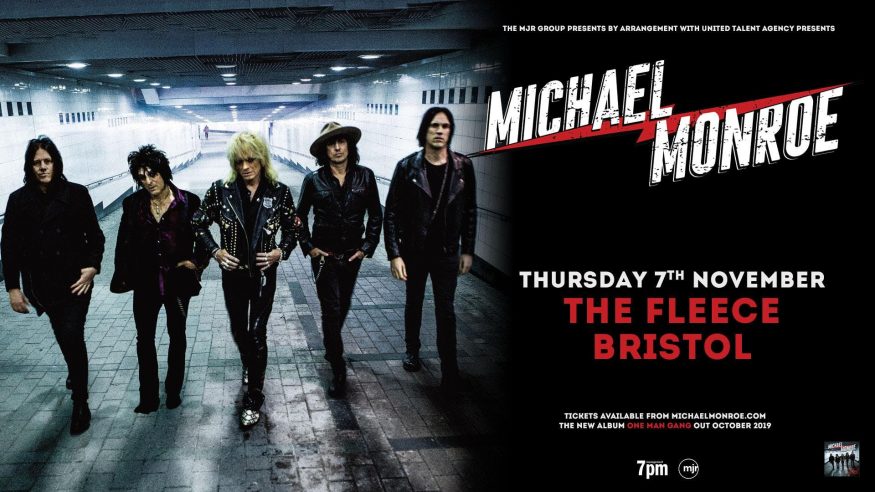 One Man Gang, Monroe's brand-new studio album coming out on Silver Lining Music, is "all about the fun of Friday nights and letting your hair down fora dirty, dangerous damn good time" and embracing a total escape into the rock n roll mentality.

Recorded and mixed over three weeks in Finland in 2018, the 12-track record was retouched by Monroe and bandmates Rich Jones and Steve Conte to give it that extra element of rock n roll magic. Monroe's booming vocals blaze their unique trail across catchy, low-slung guitars, sax sections, harmonicas and trumpets, with an array of exciting hooks and melodies to boot.

“It sometimes seems like everybody’s pissing on their own parade,” says Monroe, “whether that’s voting stupid people into power and then complaining about them or whatever, but I’m all about living with a P.M.A. – positive mental attitude – and I’ll never allow myself to be forced away from that.”

One Man Gang has all the makings of a rock n roll classic and is more than ready to give the scene a swift, and necessary, kick in the right direction. It won't be long before Monroe is back on the arena stages he was born to play, and until then rock n roll fans up and down the country have got an unmissable opportunity to see him perform live at some of the nation's most intimate live venues.

His 2019 tour, kicking off at the O2 Academy Islington at the end of October, will take him to Leeds, Wolverhampton, Southampton, Birmingham, Glasgow, Manchester, Bristol and Stoke before culminating with a show at Hard Rock Hell in Great Yarmouth. The all-important Bristol show falls on Thursday 7th November and will be taking place at The Fleece - don't miss it!

Tickets for Michael Monroe live at The Fleece on Thursday 7th November are on sale now and can be found here. For more information on the show or to find out what else is coming up at The Fleece in 2019, visit the venue's official website or check out their Facebook page.

The protest was the latest of several demonstrations as part of the nationwide #CancelTheCurfew campaign.   Independent business owners from across Bristol took to College Green yesterday (Monday 12 October) to dump kilos of surplus...