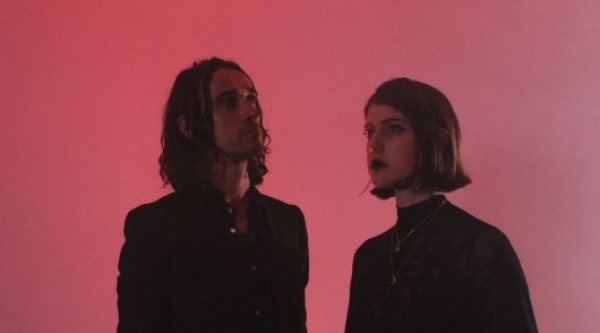 Intriguing South African duo Medicine Boy are all set to headline the Crofters Rights next month, taking over the Stokes Croft venue on Wednesday 14th August as part of their 2019 UK & European tour.

Originally hailing from Cape Town, Medicine Boy are a dream noise two-piece who focus just as much on the spaces between sounds in their music as the sounds themselves. Layering waves of drifting guitar chords over grinding organ sounds and more orchestral elements, Medicine Boy's music is at times gentle, and unforgiving at others.

Band members Lucy Kruger and Andre Leo have a firm understanding of each other and the style they're looking to stick to, and as a result their voices are entwined and intimate, adding deep emotion and feeling to their live performances.

The band's latest studio album, Lower, is out now and available worldwide, and they've just re-released their debut EP, More Knives, on vinyl for the first time. The seeds sewn on More Knives have gone on to appear in later projects - the feedback, the primal pounding and the vast open spaces all drifting between the ethereal vocals of Kruger and Leo.

The duo will be performing live at The Crofters Rights on Wednesday 14th August as part of their first-ever UK and European tour which will also take them to Edinburgh, Glasgow, London and Manchester before going on to play in France and Holland. Support on the night of their Bristol gig will be provided by local DIY outfit Kiki and Cardiff-based grunge band, Clwb Fuzz.

Medicine Boy will be performing live at The Crofters Rights on Wednesday 14th August, with entry FREE all night long. To see what else is coming up at the venue, check out their Facebook page or visit their website.