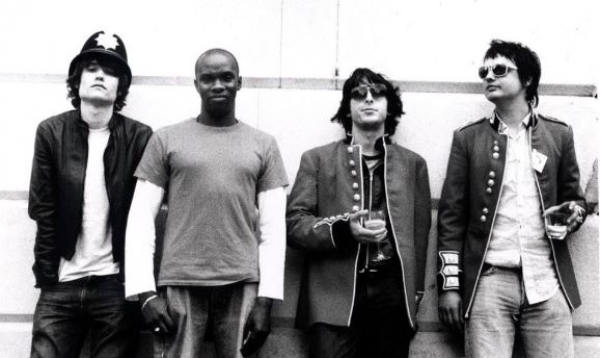 Iconic English rockers The Libertines have announced a comeback tour for late 2019, with shows scheduled in major cities up and down the country in December. Tickets for the all-important Bristol date at the O2 Academy on Monday 16th are on sale at 9am on Friday 28th June and can be bought via the link below. Don't hang around!

Formed in London in the late 90s by friends Pete Doherty and Carl Barat, The Libertines' mark on modern British music is unquestionable. Critically and commercially successful as well as being one of the most reckless bands around during their heyday, for a time they personified indie music and their existence paved the way for countless future bands.

Of their three full-length studio albums released to date, their self-titled second release in 2004 was by far the most successful and most popular, topping the albums charts and making up most of the material for the band's 2007 'Time For Heroes - The Best of The Libertines' greatest hits album.

Embarking on their first full UK tour since 2016, December 2019 will see the band perform in Bournemouth, Leeds, Dundee, Glasgow, Manchester, Nottingham and Birmingham before the penultimate show at Bristol's O2 Academy on Monday 16th and the hometown closing show at the O2 Academy Brixton in London on Wednesday 18th. Tickets for The Libertines' 2019 tour go on sale at 9am on Friday 28th June but won't be around for long - make sure you get in quick to avoid disappointment!

Tickets for The Libertines live at the O2 Academy Bristol on Monday 16th December are on sale at 9am on Friday 28th June and can be found here. For more information on the band or to follow ticketing and tour updates, check out their Facebook page.