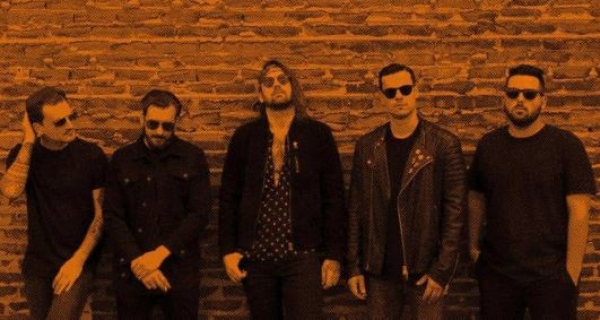 Ohio-based hard-rock outfit Beartooth have announced plans for a huge UK headline tour for early 2020, kicking off with a show at Bristol's O2 Academy on Monday 24th February.

Formed back in 2012, Beartooth have been honing their hardcore-punk sound in the US since the release of their debut EP, Sick, in 2013. Described as a metalcore group with punk and hard rock influences, the band have garnered scores of fans across the States and are currently on the road on an extensive North American tour.

Beartooth have released three full studio albums since forming, with their full-length debut coming in 2014 in the form of Disgusting, followed by Aggressive in 2016 and their most recent release, Disease, last year.

Having toured extensively throughout this year and performed at Download festival a few weeks back, the band will be bringing the Disease Tour to UK shores in 2020, opening in Bristol on 24th February before going on to perform in Glasgow, Nottingham and Manchester and closing with a show at the Roundhouse in London.

Beartooth will be performing live at Bristol's O2 Academy on Monday 24th February 2020. Tickets are on sale now priced £26.70 including booking fees through Seetickets. You can find out what else is coming up at the venue on their What's On page. For more on Beartooth and to follow tour and ticketing updates, check out their Facebook page.