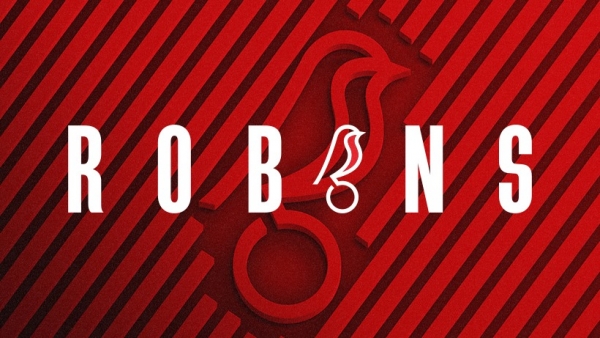 Bristol City will be back in action in just a few short weeks, with another Championship season getting underway in which they'll be looking to mount another challenge for promotion to the Premier League. Kicking off with a home match against Leeds on Sunday 4th August, see below for a full rundown of The Robins' 2019/20 league fixtures. 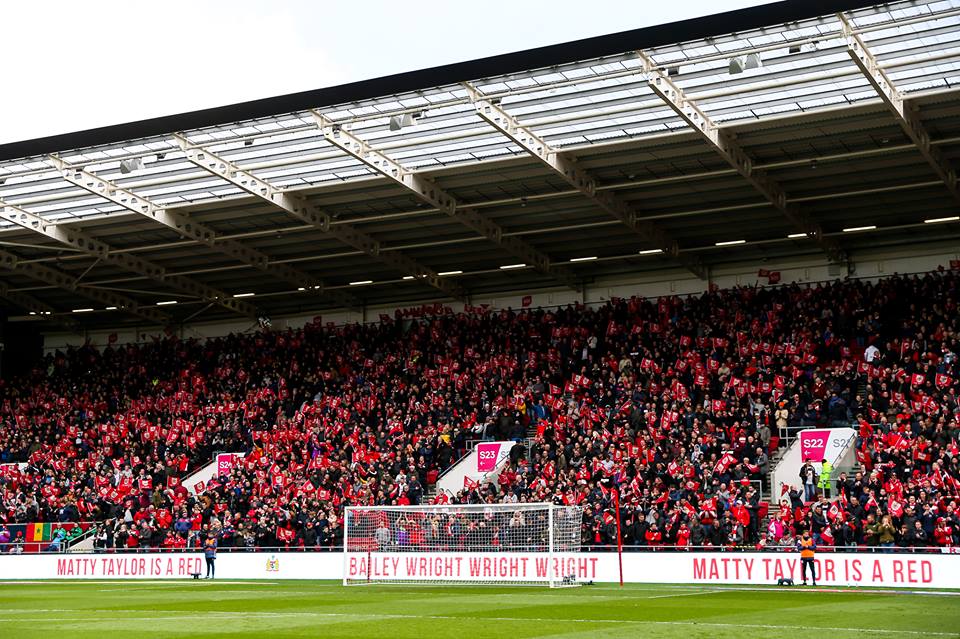 Having endured another 'nearly' season last time out where they narrowly missed off on the promotion play-off places after a strong campaign, City should be looking to keep their momentum going and push for the top spots again in 2019/20. It's been another summer of change so far at the club as promising young full-back Lloyd Kelly, striker Mo Eisa and goalkeeper Frank Feilding have all departed, and while no permanent signings have been made so far, Robins fans will be encouraged by manager Lee Johnson's decision to extend his contract at Ashton Gate.

The first period of their 2019/20 season is a busy one, with seven fixtures scheduled in August. Following the Championship season opener at home against fellow promotion-chasers Leeds United on Sunday 4th, City will go on to play Birmingham City away before two consecutive matches against QPR on Wednesday 14th (EFL Cup, A) and Saturday 17th (Championship, H).

Between August and December, The Robins will be taking on a selection of sides likely to be putting pressure on at the top end of the table, including Derby (20th August, A), Middlesbrough (31st August, H) and Swansea City (21st September, H), as well as taking on all three of last season's relegated Premier League sides in the space of a month, starting with a visit to Cardiff City on Saturday 9th November and ending against Fulham (A) on Saturday 7th December.

We all remember City's famous League Cup run a couple of years back in which they knocked out Premier League sides Watford, Crystal Palace, Stoke City and Manchester United - the latter an unforgettable 2-1 win in front of a packed-out Ashton Gate Stadium - before narrowly losing to Premier League champions Man City in the semi-final, and fans will be hoping for another decent cup run in 2019/20. You can check out the full provisional fixture list below, with some matches subject to change throughout the season. 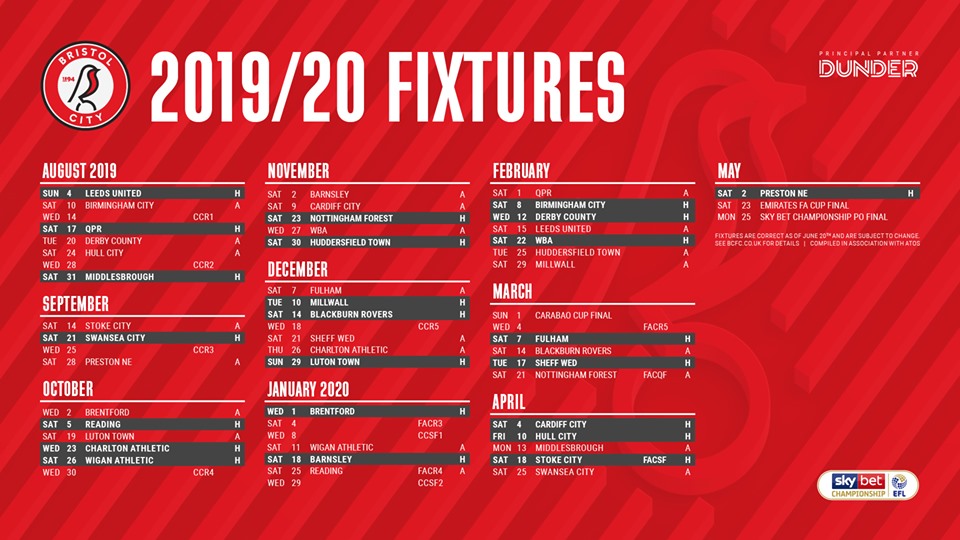 After two years of agonisingly close run-ins where The Robins have missed out on the Championship play-off places after spending most of the season near the top, the club will be desperate to get over the line this season and push for promotion. Season cards and Memberships are on sale now, so get yours here and make sure you're there to back them all season!

Bristol City's 2019/20 EFL Championship season gets underway on Sunday 4th August with a home fixture at Ashton Gate Stadium against Leeds United. To find out more about Bristol City, to get tickets and memberships, find their full fixture list or follow news and updates, visit the Bristol Sport website, check out their Facebook page or follow them on Twitter.