This year's Masked Ball is just weeks away now, and the organisers have just put the icing on the cake by announcing the one and only Roni Size as the weekend's drum n bass headliner. He joins the likes of Optimo, Dave Harvey, Body Hammer, Psychemagik and many more on a huge lineup ready to take the Cornish coastline by storm from 3rd-5th May, and tickets are moving fast so don't hang around - book yours now via the link below. 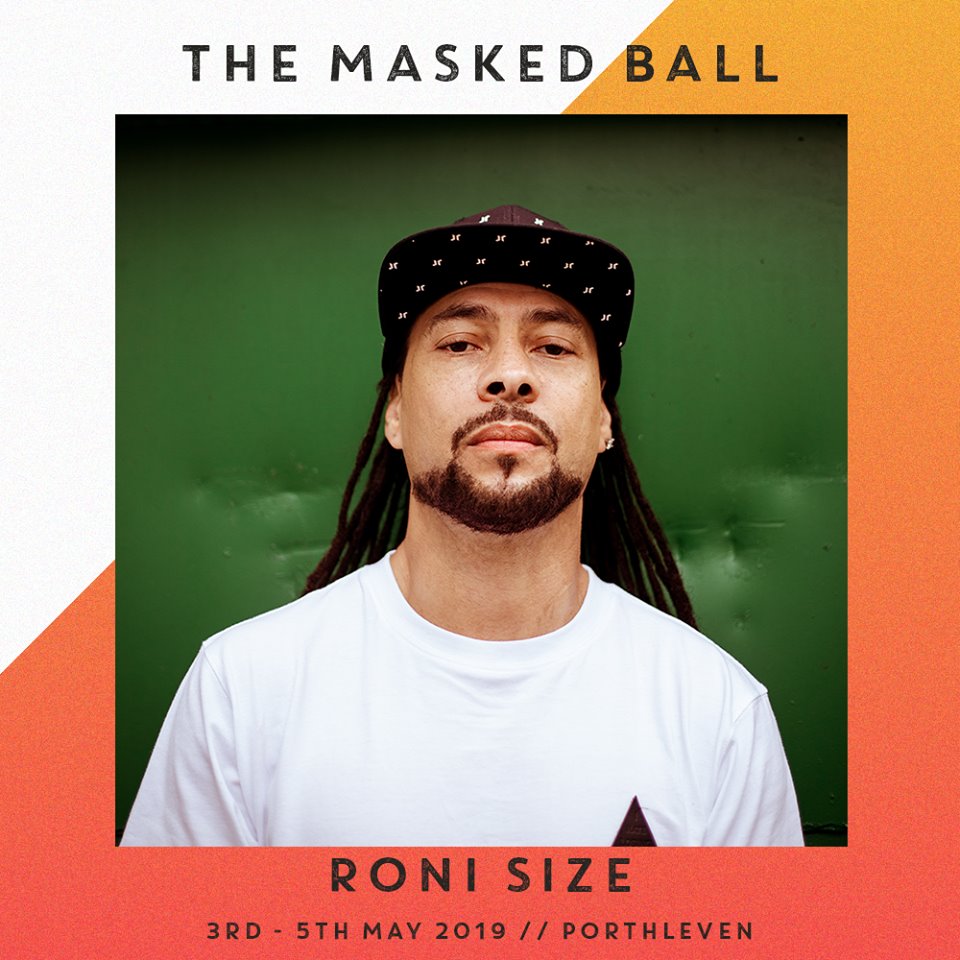 Brought up in 1970s St Paul's around a burgeoning reggae soundsystem culture, Roni Size rose to prominence in the late 90s as the founder of the renowned Reprazent dnb collective. The crew's New Forms album released in 1997 won a Mercury Prize that year and Roni has since gone on to headline festivals and parties around the UK and beyond.

He'll be headlining the Laser Shack drum n bass corner at this year's Masked Ball in Porthleven, Cornwall, lining up alongside an all-star cast of artists from a range of electronic genres, including the Glaswegian Optimo duo, Team Love head honcho Dave Harvey and fellow Bristolians Alfresco Disco and Ellie Stokes, Psychemagik, the London-based Body Hammer crew and many more for three days and nights of round-the-clock parties.

Now approaching its 12th edition, The Masked Ball has long been one of Cornwall's best-kept secrets, with a loyal following throughout the South West that continue to return year on year thanks to the picturesque coastal setting, an immersive setup and intimate 3,000-strong crowd.

Armed with a rare 24-hour music licence and with two sister events - the Halloween Masked Ball and Masked Ball New Year's Eve - also picking up steam, the spring Masked Ball is starting to gain attention from festival-goers up and down the UK, included not once but twice in Red Bull Music 'Best Small UK Festival' lists. Tickets for The Masked Ball 2019 are still available in limited numbers but won't be around for long - get yours now via the link below to lock yourself into one of the parties of the year!

Tickets for The Masked Ball 2019 in Porthleven, Cornwall from 3rd-5th May 2019 are on sale now and can be found here. For more information on the festival or to follow ticketing, lineup and other updates, visit their website or check out their Facebook page.