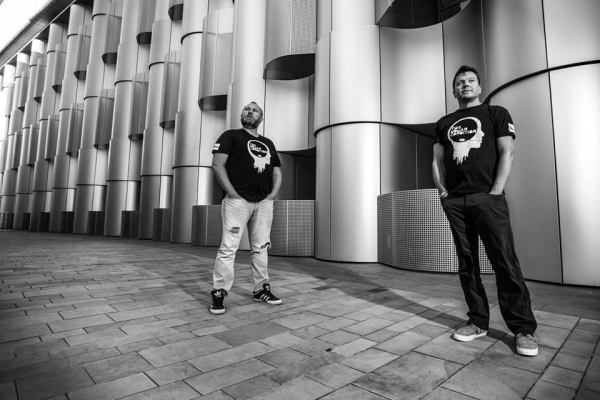 Sounds of Bristol 2018 - This Human Condition

There’s a huge array of creative talent in Bristol, and whether its music, art, design or anything else, 365Bristol wants you to know about it. With that in mind, we present the Sounds of Bristol series: a detailed look at some of the brightest musical talent in the city right now. In this edition we chat to Bristolian electronic duo This Human Condition.

Made up of Stokes Croft native Jamie Jamal and Mister Minchie from Easton, This Human Condition are a genre-bending two-piece that fuse numerous styles of electronica in their productions, including house, trance, dubstep, synth-pop and disco, describing their own sound as "Electronic Handbag Punk". The guys have been together as This Human Condition since January 2015, and are already making waves in the music scene both locally and further afield, having performed at Glastonbury Festival 2017.

Despite an interest in music throughout their lives, the duo have only really involved themselves in the last ten years. Jamie recalls a eureka moment watching Stevie Wonder at Glastonbury in 2010: "I know it sounds strange but in that moment I thought, I'm going to get my songs sorted" he says. "I've had songs written from an early age, but never really knew what to do with them. I'd say I finally got the courage together after watching Stevie".

Mister Minchie says he got into music two years prior in 2008, and the two met at a Bristol Songwriters Circle. "We hit it off and inspired each other to take it to the next level".

The guys say that their inspiration has always come from truly innovative music, listing artists like Bjork, Depeche Mode, Kate Bush, David Bowie and more as influencers. Jamie picks out "strong melodies and deep musical landscapes" as two particular aspects of sound that inspire him, and identifies producer Jack Antonoff (Producer of Lorde's 'Melodrama') as a big influence at the moment.

Over time, the unique sound of This Human Condition has drawn comparisons to a wide range of other artists, being described in the past as "Early Depeche Mode meets a darker Erasure", "The Prodigy meets Boy George" and more. "We've been compared to Pet Shop Boys and David Bowie among others" Jamie says. "We're quite happy to get compared to these artists, especially since people mostly say we stand out and have our own thing going on too, which is great". 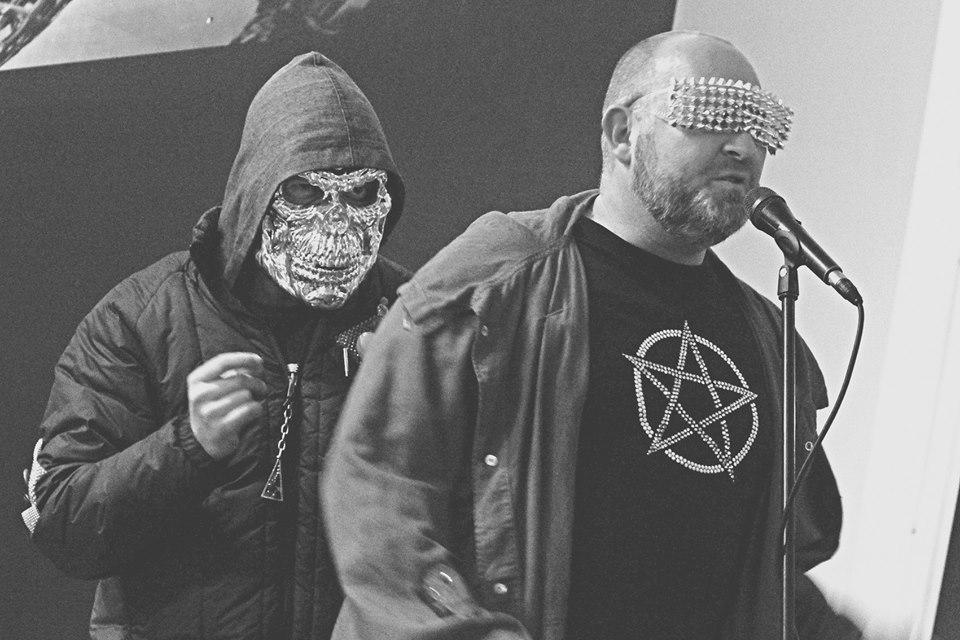 The guys have already enjoyed success in their short time as a duo, having completed their debut studio album and had radio plays on a number of stations as well as playing their aforementioned set at Glastonbury last year. They've been given air time on the esteemed BBC Radio 6 Music as well as having had five tracks played on Rusty Egan's Electronic Radio Show, and were signed to New York label Teknofonic Recordings last year.

As for future plans, the guys are hoping to record a second studio album soon. "We'd definitely like to make another album. We're very open to collaboration, actually, working with some local talent would be great". Bjork and John Grant are among THC's dream collaborators, and they're also keen to get back on the festival circuit this summer, both in the UK and internationally, after the high of playing Glastonbury.

In recent months and at present, Jamie and Mister Minchie have been hard at work in the studio, putting together their upcoming EP, Transcentury, as well as their latest single, Disco Bunny. "Transcentury has a feel of experimental electronic handbag punk with an insight into people who inspire This Human Condition. We worked with [producer] Paul Whitrow, who applied the master and helped with some co-mixing" Jamie explains. "Futuristic acid track Disco Bunny is about a street performer [of the same name] - it celebrates eccentric characters and blends different styles of electronica". Transcentury is due for release on Friday 16th March.

This Human Condition are no strangers to the live circuit, with upcoming shows scheduled for March and May. They're due to play in London at The Troubadour on Wednesday 14th March ahead of their EP release, as well as playing at Martin Christie's Electronic Music Open Mic (EMOM) at Rough Trade Bristol on Friday 18th May. These may be the last two live shows for a while: "we're about to start on our second album, so we're winding down gig-wise... Unless a great opportunity comes up". 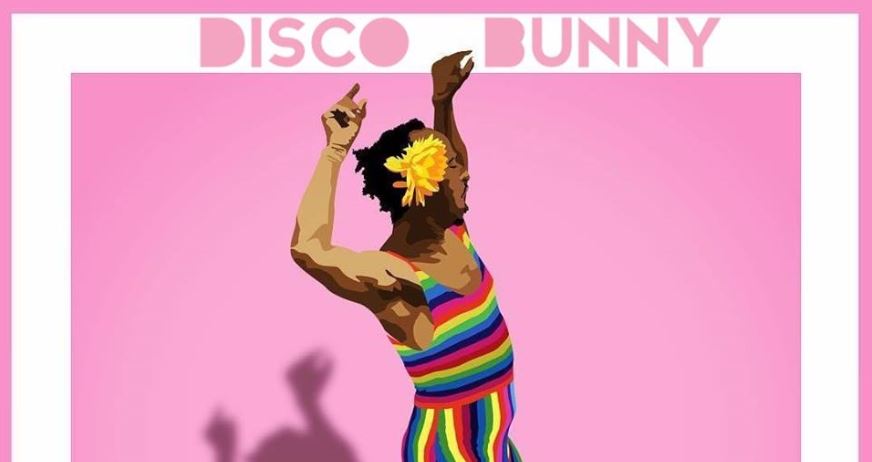 The pair describe the Bristol music scene as "vibrant" and "a creative stopping point for world artists to develop their sound", but according to Jamie, they get much more support outside the city. "I think the Bristol scene is quite good, although we get much more support elsewhere". As for other artists to watch in the city, THC say they've got their eye on fellow electronic duo Stereo Kela, after having played a gig with them recently.

When it comes to playing live in Bristol, Jamie and Mister Minchie find it hard to choose from an array of top venues in the city. They identify the "great sound" at The Lanes and great experiences playing The Fleece and The Louisiana too. When watching live music rather than playing, Jamie says that "St George's Hall is always a joy - the staff are friendly and the venue itself is quite special. We've always enjoyed seeing bands at The Fleece and, more recently, The Exchange".

The guys also find it hard to nail down a specific place when it comes to going to for a drink in Bristol, with so many stand-out options. Jamie notes The Galley in Hotwells as a particularly good spot to eat, and goes for coffee at Rough Trade in the centre. He identifies the new Edit bar on Cheltenham Road as one on his radar that he's yet to check out, while Mister Minchie picks the Old Market area as his go-to hang-out spot, and can't wait for the Summer months. "I like Bristol in the Spring/Summer time - that's when it really comes alive".

This Human Condition's new EP, Transcentury, is due for release on Friday 16th March. Their next Bristol gig takes place on Friday 18th May at Rough Trade Records, as part of Martin Christie's Electronic Open Mic. Tickets are on sale now, and can be found here. For more information on This Human Condition, or to check out their latest releases, visit their Facebook page or check them out on Soundcloud.