From Sunday 10 July 2016 Bristol Brazilian jiu jitsu club Artemis BJJ will be holding weekly classes for children aged 5 to 15. A great way for your child to stay fit and healthy while making new friends, it’s one of the world’s fastest growing sports.

With the huge rise in the popularity of mixed martial arts worldwide, organisations like UFC are now held up in the same regard as the top sporting competitions in the world. This popularity is rapidly growing among the younger generation too. Perhaps the major component of MMA is Brazilian jiu jitsu...

That’s great news as – if you’re not familiar with BJJ yourself - by the nature of the sport your child won’t be flying around a ring throwing punches and kicks; they will be nurtured in a safe, open environment to learn the basics of BJJ. It’s a style that grew out of judo and is markedly safer than many other martial arts. It’s also a lot of fun, which is perhaps the main thing when it comes to entertaining the younger generation!

The plan is to cater for both younger and older kids: from 10:30-11:00, Paul will be teaching children from 5 to 8 years old and from 11:00-12:00, Rich will be leading the class for 9 to 15 year olds. There will be some leeway on that as children all mature at different rates. All coaches are fully trained, insured and DBS checked.

Your first class is completely free! After that, the standard rate is just £20 a month for older children, or £15 a month for those in the 5-8 year old class. Please register your interest by emailing info@artemisbjj.com, or you can also call on 07740 197 319.

What to wear? Eventually you will need to purchase the ‘correct’ clothing – known as a gi – but for now it’s absolutely fine to start with some loose trousers and a t-shirt, or a t-shirt and shorts. Make sure that there aren’t any zips or pockets, though as those could either scratch your training partners, or catch fingers and toes. Similarly, don’t wear jewellery and tie back long hair. 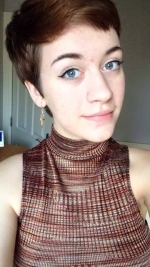 Miri is an English literature student at the University of Bristol who enjoys folk-punk & math-rock music, trailing round art galleries, and playing video games. She is a keen follower of politics and will read any science fiction you throw her way. Having lived in and around Bristol for many years she has developed a keen interest in the Bristol underground music scene and independent restaurants.