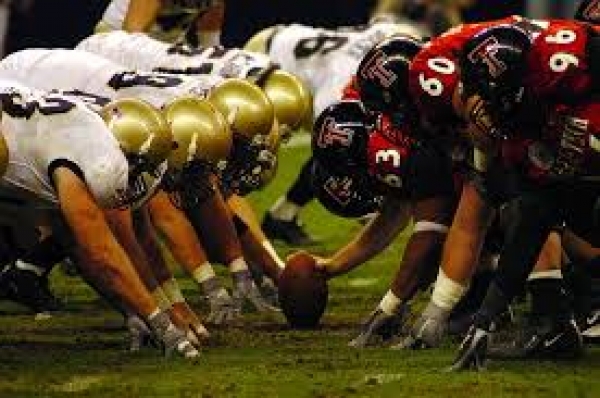 As most people will know by now, the NFL is shown on Sky Sports and Channel 4 from September through Christmas and culminates in the Super Bowl in early February. The glitz and glamour is unrivalled in any other sport. Multi-million dollar contracts and billion dollar stadiums are all part and parcel of these modern day gladiatorial battles. The superstars on show have worked every day since they were children for the opportunity to step on to the gridiron in front of the watching world. Sacrifice after sacrifice has been made chasing this dream. Unfortunately it is a dream that most will never see come to fruition. For every multi-millionaire superstar there are a thousand hopefuls who fell just short, who didn’t quite make the grade. The majority of these will fall back on their college education, gained in pursuit of the NFL dream, and fade from football and from memory, never to strap on a set of pads again. 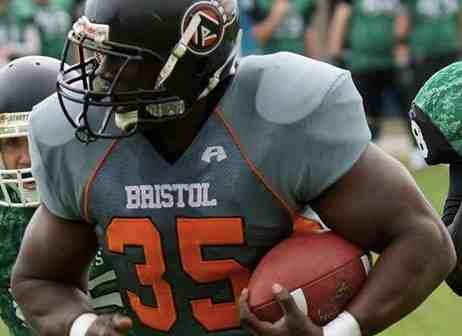 However, in the UK much the opposite can be said. Many people here only take up playing the sport at an age when the US hopefuls will have realised football isn’t going to work out for them. No money changes hands and crowds are in the hundreds rather than tens of thousands. But brewing here is a sporting subculture that may well be the most passionate in the UK. The off-field sacrifices are still required but these have to run alongside work and family life. It’s a fine balance, which requires a commitment level that forges bonds between the players tighter than those found anywhere else.

Yet the vast majority of people in the UK don’t know American football is played in this country, let alone go along and watch their local team. Why? With so much on offer we take a look at the teams you can watch, or even play for, in Bristol this summer.

Bristol boasts two senior (18+) teams, a junior team (15-19) and an academy team, all based at SGS College. There are also teams at Bristol University and UWE. At all of these teams there are always opportunities to play, coach or volunteer and any help is always greatly appreciated. Home games take place on Sundays and all are welcomed, particularly families. Facilities on and off the field are second to none so supporters are well taken care of.

This summer sees the Bristol Aztecs set out on another quest for the BritBowl - the premier American football prize in Great Britain. For nearly ten years the Aztecs have been a perennial contender in the Premier League since gaining promotion and have been losing semi-finalists on many occasions, sadly never reaching the big show. Aiming to break the dominance of the two big London teams, the Blitz and the Warriors, the Aztecs roster of 50 local athletes is led by Head Coach Chris Powels and his staff. Boasting some of the best facilities anywhere in the country (SGS College) the Aztecs enjoy a level of support envied around the league.

Similarly, the Bristol Apache are also located at the same venue and share very close ties with the Aztecs. Indeed, during pre-season the teams train together and many players and coaches have moved between the two teams. Competing in Division II West, they play at a level more accommodating to those brand new to the sport, and also sport in general in many cases, though with no less commitment and passion. Sporting a roster of experienced players and rookies of all ages and abilities, Head Coach Adam Davies and his coaches are expecting nothing less than a championship in 2015.

Both Aztecs and Apache train on Wednesday evenings 8:30-10pm and Sundays 12-3pm at SGS College, with Sunday practice often replaced by games during the regular season. For more information you can email Bristolaztecs@hotmail.com.

For the younger American football enthusiast the Bristol football family also boasts a junior league for those aged between 14 and up, with events running all year round. The BACL has eight teams from Bristol, Gloucester, Newport and Swindon. Once more based at SGS College it was born out of the success of the academy’s own American football team, the Pride. Ben Herod, one of the most respected coaches in the country, particularly at the youth level, has built a strong programme at the academy with many of his players going on to play senior football not just in Bristol but even at college in the US on various scholarships. Aimed at giving players an early start in the sport in order to reach their full potential, the BACL is always looking for new members on and off the field. Why not go along and give it a try. For more info visit www.bristolacademyofsport.co.uk/american-football-academy and scroll down to the BACL section.

During the winter months, with the league running from November to March, both of our city’s universities field their own teams. Bristol University has the Barracuda, formed eight years ago and poised for a big season while UWE’s Bullets are perennial conference contenders and even won it all back in 2007 when they claimed College Bowl XXI. Games take place on Sundays and provide an ideal curtain raiser to the evening’s NFL games. More info on the Cuda can be found here at www.cudafootball.com and the Bullets Facebook Page.

For further information on American football in the UK, including predictions, results, and news stories – along with NFL and College Football articles – head over to Double Coverage (www.dblcoverage.com) for everything you need.

As you can see, there is a wealth of American football right on your doorstep. It’s even ideally positioned in the NFL offseason so why not get your football fix a little earlier than the autumn? Come out and support your local teams and see why this is the fastest growing sport out there.

Written by James Anderson for www.365Bristol.com - where local information matters.