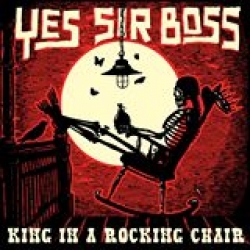 By the time the final act arrived the venue was packed, testifying to Yes Sir Boss' popularity amongst the people of Bristol.

Originally a bluesy trio named ‘Sellors and the Scientists,’ Yes Sir Boss have come a long way since their inception in 2004; expanding to become a five-piece ensemble and adopting a new rock element to their music. Performing at the Fleece, Yes Sir Boss made their way back to Bristol last Thursday to celebrate the launch of their new album, ‘King in a Rocking Chair.’ The result being an unforgettable performance.

The night commenced with the husky vocals and rhythmic beat of first supporting act, Mama Jerk and the Lady Fingers. Their use of drums, saxophone, guitar and melodica, making for an intriguing yet original sound which soon entranced the audience with its gypsy undertones. ‘Bike’ was indeed one of the favourite numbers that evening, climbing in tempo and mustering the energies of the audience who moved from gentle foot-tapping to full-blown jerk dancing. 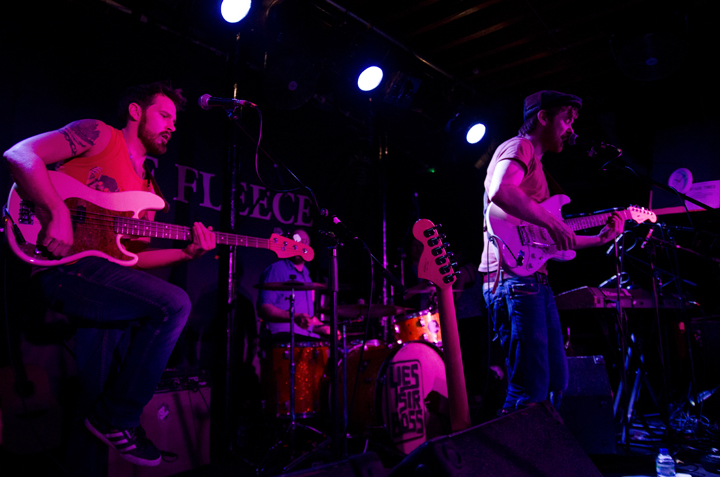 Following Mama Jerk was the infamous Bristol Samba Band who entered creating a line in front of the stage, their drums illuminated by the fairy lights which embellished them. However as their set progressed, the Bristol Samba Band took it one step further as they proceeded to venture into their adoring crowd, forming a circle which created a real sense of community and jubilation as the audience and band became one. Unsurprisingly, their notorious Brazilian-based music did not disappoint either. As their enthusiasm built, the pace quickened, climaxing with a piece which called for the audience to jump, whistle and arriba along with them. The atmosphere was euphoric when they departed. The audience left in a sweaty, sticky haze as we awaited the final act in great anticipation. Sadly this did take a fair while, but it was worth the wait.

By the time the final act arrived the venue was packed, testifying to Yes Sir Boss’ popularity amongst the people of Bristol. However this was of little surprise given the varied style of their music, each song a blend of various musical genres from sensuous reggae to upbeat funk which made them appealable to all musical tastes. As time went on, the beat continued to intensify further as the yelping vocals of the band took hold when they played ‘Dirty Grave’ and ‘Tell my Little Love’ from their new album. Additionally ‘Never Know,’ a seemingly well-known classic of theirs, compelled every member of the crowd to rigorously shake their hips and tramp their feet. The rhythm dipping to a tantalisingly slow pace, leaving the audience in suspense and want before it pushed them over the edge once more into a frenzy of excitement and dance.

The evening concluded with the audience desperately gasping for an encore and happily, Yes Sir Boss obliged. Twice.