Too Many Zooz at SWX Bristol - Live Music Review 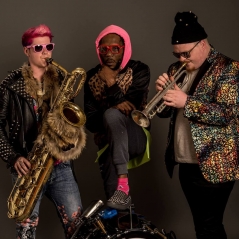 It's their passion, dynamism and raw, potent musical power that, compared to any other combo currently out there, makes them a trio of peerless musical alchemists and masters of boisterous, brilliant times.

Brasshouse. Ever heard of it before, ladies and gents? Well, nope, me neither; at least not until I came across the music of Too Many Zooz recently. The former New York buskers (once a regular fixture at the city's Union Square subway station) got lips flapping and pulses racing when someone's video of them went viral. On the back of that they were invited to an award ceremony with Beyoncé. And they've pretty much toured and recorded and made a multitude of appearances pretty non-stop since then. All of this plus the fact that, quite frankly, they're absolutely bloody brilliant, their unique blend of jazz, funk, Afro-Cuban, dance and house (with what's ostensibly three instruments, mind you) getting the party started from the minute they walked on stage. 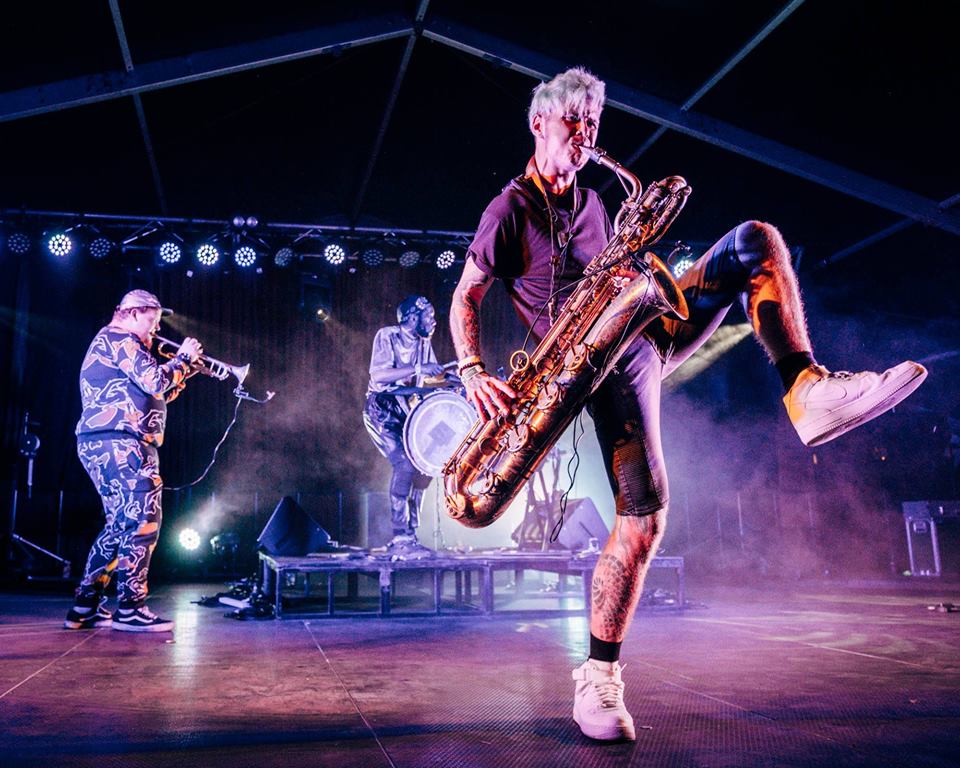 Talk about energetic. Their fast-paced tracks are the stuff of high-octane, relentless fun, each of the three musicians being genius, brilliant performers in their own virtuoso right. So we have drummer David "King of Sludge" Parks on a drum kit/woodblock/cowbell combo, belting out tight-knit beats like there's no tomorrow; throw into the mix Matt "Doe" Muirhead's blistering trumpet solos and then, to truly top off the funky icing on the jazzy cake, baritone sax supremo Leo Pellegrino, who leaps around the stage with such infectious exuberance and dynamism it's impossible not to get wrapped up in all its manic, punchy zeal.

The whipped up crowd loved every minute of it, reveling in its irresistible rhythms and peppy riffs. Even this reviewer, not known for his Travolta-style dance moves (even after the consumption of several strong beverages) couldn't resist joining the vibrant throngs of high-spirited party-goers on the dance floor. It's that kind of music. It gets the synapses buzzing, the adrenaline racing, the blood pumping, the spirit soaring. It's indomitable and unyielding; fresh, gutsy, original, phenomenal. And while the playing is mainly tight, there's also the feel of on-the-spot, freewheeling improv about it too, adding an extra exciting edge of offbeat unpredictability. 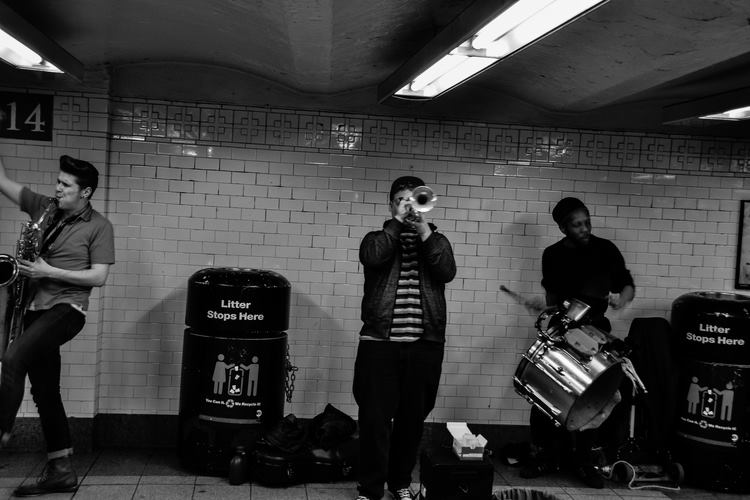 Too Many Zooz get the crowd going like few other groups in recent memory, and they certainly did during their gig in the city. The multitudes loved it and there was the distinct impression nobody wanted it to end. It's their passion, dynamism and raw, potent musical power that, compared to any other combo currently out there, makes them a trio of peerless musical alchemists and masters of boisterous, brilliant times. Brasshouse; you've certainly heard of it now.  Awesome on every conceivable level.