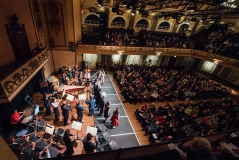 They may have started as an experiment to buck the classical music trend, but Solomon's Knot have flourished into masters of the musical medium and vanquished Bach's epic with focused, interpretive aplomb. Here's to their next 10 years.

If you're going to celebrate your 10th anniversary then you may as well do it in style - which is precisely what baroque ensemble Solomon's Knot did to herald their first decade of triumphant music-making with a glistening, glorious performance of Bach's towering Mass in B Minor at St George's on Wednesday 23 May 2018.

Choral masterpieces don't get much grander than Bach's mighty musical masterpiece; one of his last works in which he curated 36 years of previous vocal secular and sacred music, and tweaked with refinements and additions to a create a new, unified piece. It's often said you can't teach an old dog new tricks, but you can evidently give an epic baroque barnstormer a new lease of life, for Solomon's Knot gave this much-performed repertory staple a vivifying boost, a serious kick up the baroque backside. Crisp, fresh and brimming with scintillating, crackling energy, it was like hearing the piece for the first time. 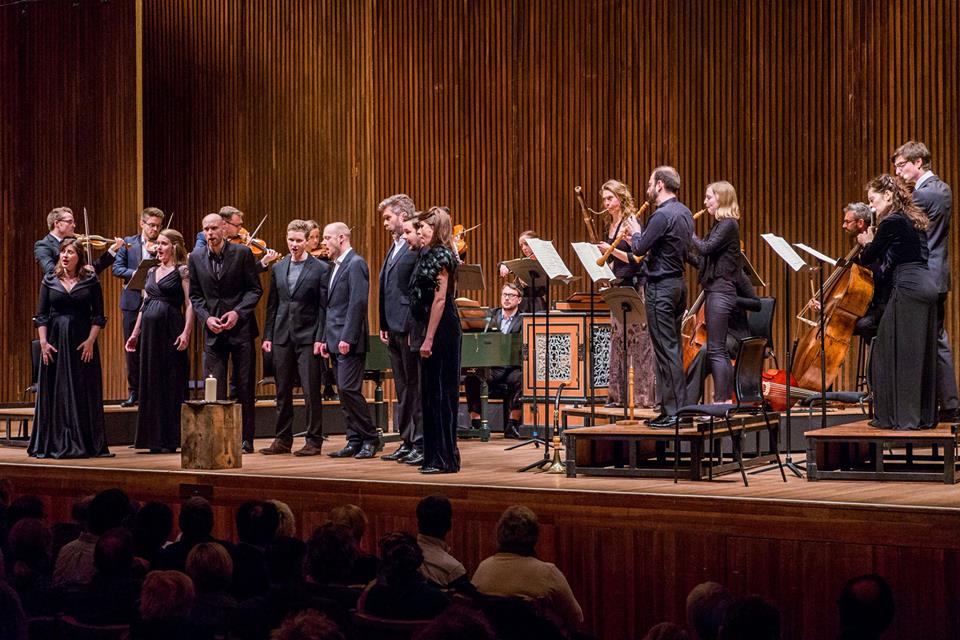 Undeterred by the sheer scale and scope of Bach's grandstanding work, the ensemble clearly knew the piece inside out; so much, in fact, to the extent that the singers didn't even need any sheet music, having memorized the entire two-hour work by rote. It added an extra dimension to the experience too, abrogating the need to constantly glance down at the score but rather look at, immerse themselves and connect with the audience on a more intimate performing level.

Along with Bach's other grandiloquent achievements such as his Preludes and Fugues or Goldberg Variations, his Mass in B Minor was completed in 1748 or 1749 and, representing a summation or collection of his past choral pieces, embodies and interpolates musical themes and ideas and an encapsulation of his mature style. Four expansive sections enshroud you in a sea of key-changing, harmonically-altering rapture.

Solomon's Knot's performance was a revelation, this imposing, sometimes emotionally overwhelming work remaining controlled, fluent and effortlessly weaved through a musical tapestry of joyous, revelatory, impassioned power. Perhaps the best word here is transcendent, for this is music that transports you to another sonic realm, another time, another place, an almost preternatural level of exalted musical accomplishment. And accomplish it quite magnificently they did with this polished, perfect performance, injecting new grandeur and majesty to the piece with a spine-tinglingly superlative grasp and control.

They may have started as an experiment to buck the classical music trend, but Solomon's Knot have flourished into masters of the musical medium and vanquished Bach's epic with focused, interpretive aplomb. Here's to their next 10 years.