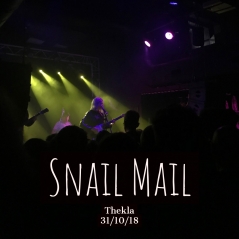 Filled with sound disparities, love for Lady Gaga and abrupt goodbyes; Snail Mail's hour-long set was a little odd, but I loved it, anyway.

Snail Mail’s Halloween show had long been anticipated. The band played in Bristol back in May, but tickets for their return sold out almost immediately. Whatever they did last time - they certainly made an impression.

With that, it was no surprise to find Thekla’s deck packed out minutes before the band’s scheduled set time. Utterly punctual, the group – consisting of frontwoman Lindsay Jordan, drummer Ray Brown, guitarist Ian Eylanbekov and coincidentally-named bassist - Alex Bass – appeared on stage one minute early. 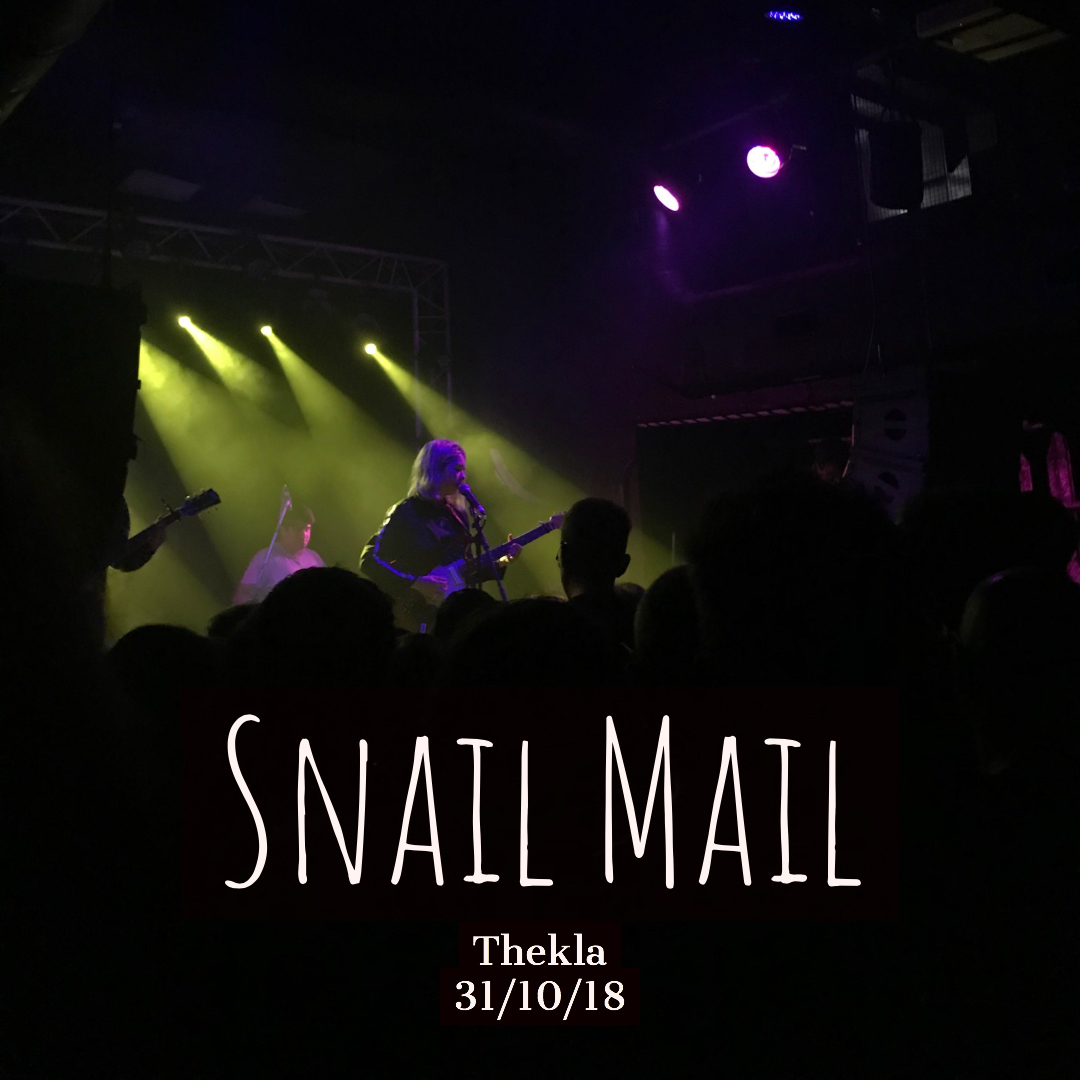 In the past week, the Baltimore indie rock outfit has toured the U.K., packing in dates from Glasgow to Brighton. All the while, the band’s iconic frontwoman, Lindsay Jordan, is just nineteen years old. To make an educated guess, I’ll say that life on the road hasn’t been the easiest of pursuits, even for critically acclaimed Snail Mail. Why do I have this suspicion? Their first song might have something to do with it.

Kicking off with an upsurge of pedal-fuelled guitars, the band’s set opening felt without the clarity and command of their fiery debut, Lush. While Lindsay’s vocals flitted between airy growls and throaty gestures, Brown’s drums were amiss; carelessly placed, ride accents trudged behind the frontwoman's seemingly infected, post-flu vocals which battled hasty sound levels. None of their characteristic hooks, but muddled attempts to find rhythm. It was gutting.

For a moment, I felt like I’d been sold a lie. My prior conception of Snail Mail - a peppy, but incredibly mature, indie crusade - now disproved. Instead, Snail Mail had were exposed as a lo-fi outfit prematurely marred with over-production and over-marketisation, now humiliated on a sold-out stage. But I couldn’t have been more wrong. 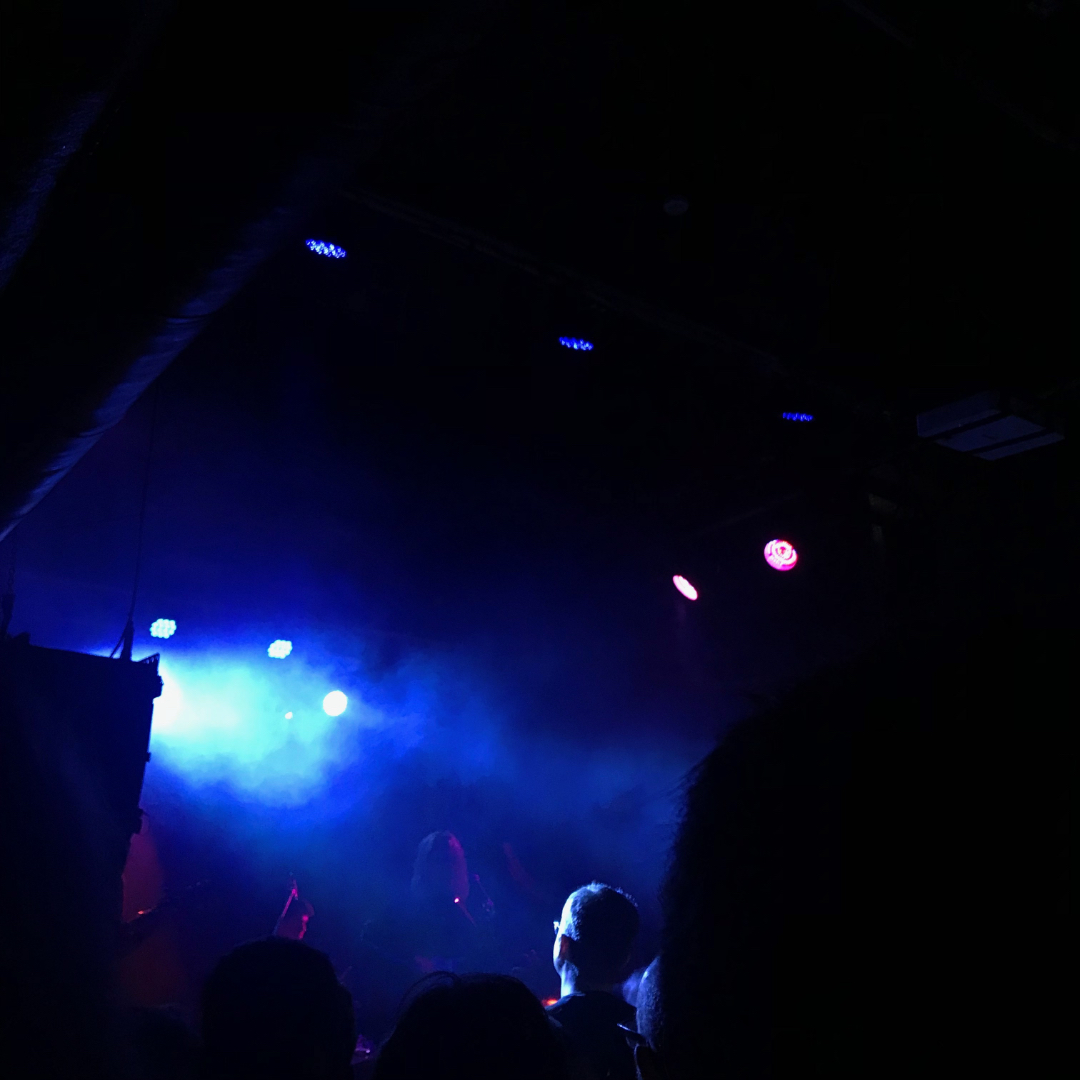 Leading the breezy identity of their tunes, Jordan jolted ‘round the stage ahead of their melodic dives and thoughtful lyrics. Over explicit absorption in performance, Lindsay’s ability as a musician is incredibly impressive. Striking intricate riffs seems like no effort; a mundanity, if anything. Her voice, almost more authentic than that of her LP, drifted beside a stage presence far maturer than what you'd expect from a high school grad. She was hilarious and open with the audience.

‘I don’t usually talk on stage this much,’ Jordan qualified as she chatted at length about Lady Gaga’s new blockbuster - A Star Is Born. ‘Rough show of hands – who has seen it?’  ‘In America, everyone is peeing their pants about!’ 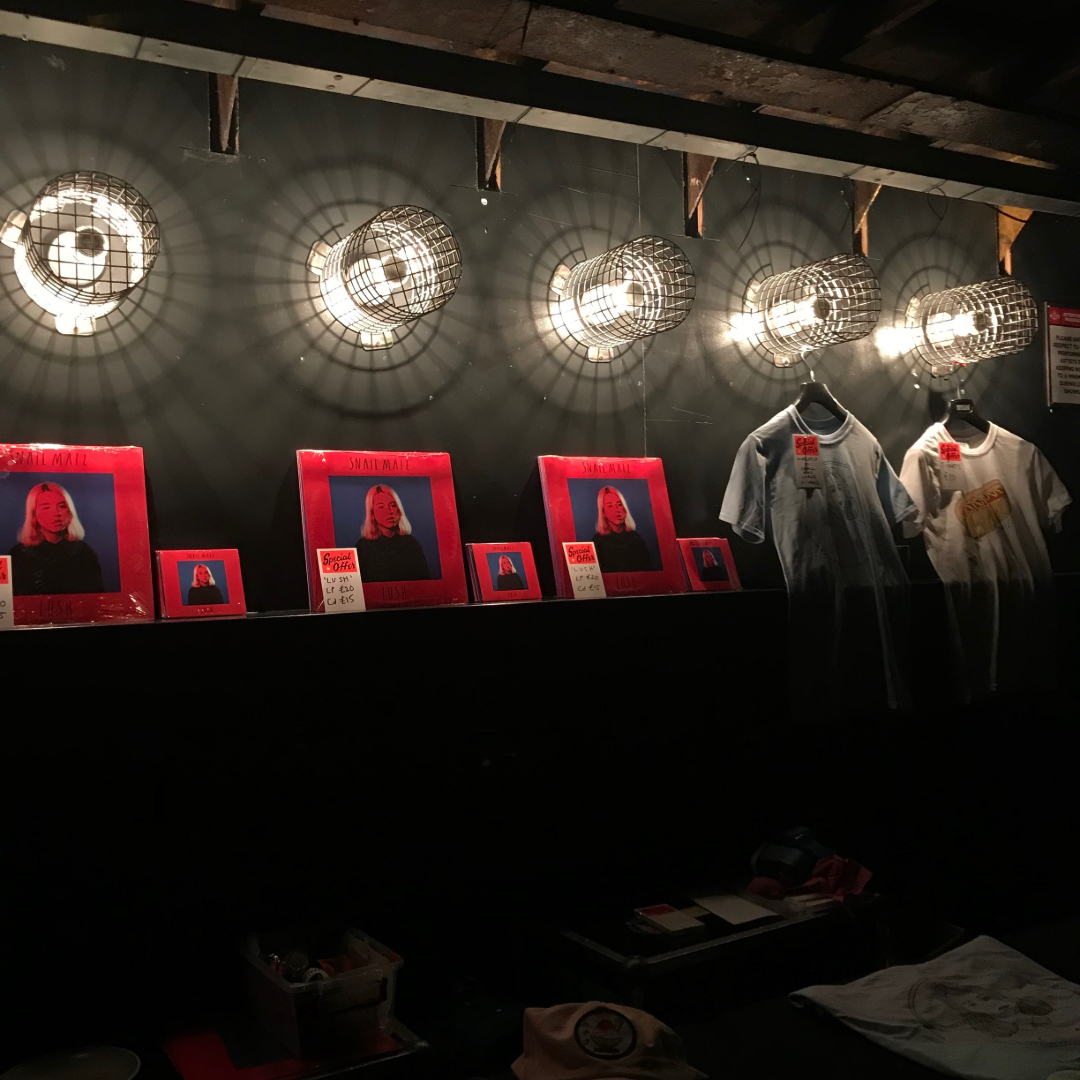 Describing the film (somewhat ironically) as the ‘movie of a lifetime,’ Jordan introduced ‘Pristine.’ ‘I’m gay, but their [co-stars Gaga and Cooper] love is really unique and special.’ ‘Anyway, this song is about love.’ Slightly odd on-stage commentary, but hey, Bristol loved it.

The crowd roared as the familiar chords the band’s most iconic composition sounded. As they approached the song’s potent bridge, a knowing grin panned across Jordan’s face. ‘Pristine’ had to be one of the best songs of their set - and they knew it. Undivided, ardent and tireless; the staple anthem splurged energy across Thekla’s decks and reaffirmed the city’s adoration of Snail Mail.

With that, their set neared its abrupt ending. Stripping back to only Jordan, it finished with a delicate rendition of ‘Let’s Find an Out.’ The venue became quiet, and contemplative; expectant of one final, sound blow out. But what would this set be without one more oddity? After the song ended, the band exited the stage without return for an encore despite looming audience demand. Coming in at exactly an hour, Snail Mail’s visit to the South West ended somewhat prematurely. But whatever, Lindsay does what she wants. Snail Mail’s young, fun and inconceivably talented. We'll let them off.


Did you see Snail Mail last week? Let us know on Facebook!