Romeo and Juliet at The Tobacco Factory Theatres - Review 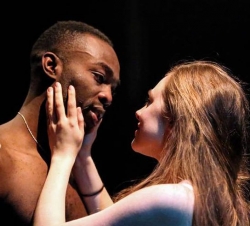 It was a show that many of the audience had seen before, multiple times, and yet Shakespeare at the Tobacco Factory (SATTF) succeeded to tell the renowned Shakespearean story in an entirely novel way; leaving the audience flabbergasted at the end.

There was a great sense of anticipation at the Tobacco Factory as audiences bustled into the auditorium for Romeo and Juliet’s press night on Wednesday 24th February. Every eye, drawn to the roundabout looking contraption which dominated the staging area situated in the middle of the theatre. It was a show that many of the audience had seen before, multiple times, and yet Shakespeare at the Tobacco Factory (SATTF) succeeded to tell the renowned Shakespearean story in an entirely novel way; leaving the audience flabbergasted at the end.

In a nutshell, Romeo and Juliet, directed by Polina Kalinina, is the story of two star-crossed lovers caught between passion and conflict. Both characters are descendants of sworn enemies, the Montagues and Capulets. However following their meeting at a Capulet ball, thirteen year old Juliet Capulet and Romeo Montague fall irrevocably in love and are determined to be together even though they are forced to conceal their relationship. Across two acts, we see the consequences of their decision and witness a love that knows no bounds. 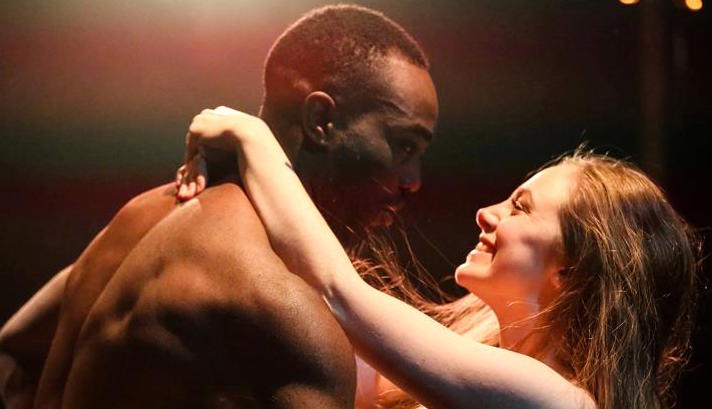 Whilst the Shakespearean narrative remained unaltered, it was clear from the actor’s costumes that the setting of Romeo and Juliet had been changed in this adaptation. Gone were the tunics and long-sleeved pastel gowns, and in were the short cocktail dresses, bold coloured headbands and striped suits. All, inspired by the 1960s period which was chosen by the company to be the setting because of the student riots which happened during that time when the younger generations fought to oppose historic traditions. Pretty fitting to the storyline don’t you think?

Of course, this deviation from the classic Romeo and Juliet setting was a rather audacious move. But in my opinion, it paid off. The characters seemed sassier, the costumes were beautiful and the all-important ball scene when Romeo first meets Juliet had much greater verve with its punkish music and modernised dance routines.

As Romeo and Juliet, Paapa Essiedu and Daisy Whalley captured the childhood innocence of their characters well and delivered their lines in a way which showed Romeo and Juliet’s naivety, but also their untainted love and desire for one another. Essiedu was certainly one of the more spirited Romeo’s I have seen; his use of projection and his greatly expressive manner giving his character much more authority. However this complimented Whalley’s pensive (but slightly skittish) Juliet well, generating a great on-stage chemistry between them.

Juliet’s nurse (played by the fabulous Sally Oliver), on the other hand, was far more sarcastic and sensual in her performance. Her character contributed to much of the humour that was to be found in the show.

Oliver Hoare as the incredibly boisterous and almost crazed Mercutio; Callum McIntyre as the eloquently spoken Benvolio and Fiona Sheehan as the tormented Lady Capulet also stood out amongst the cast.

Though if I had one criticism, it would be that whilst the actors did use the space effectively for the majority of the performance, traipsing through the aisles and occasionally acknowledging the audience as they conversed; they did at times have their backs to us during some pivotal moments in the play which concealed much of the emotion being conveyed. That said, the central position of the stage did made the show much more inclusive of the audience on the hole, so I do see why they risked this occurring.

In all, I found this highly-charged adaptation of Romeo and Juliet to be greatly refreshing. The stage combat was wonderfully choreographed, the relationships between characters seemed sincere and the lighting and sound use fitted the 60s setting perfectly. Showing until the 4th April at the Tobacco Factory, I urge you to go and see this masterful production. Although given some of the more gruesome elements of the show, I’d leave the little ones at home for this one!