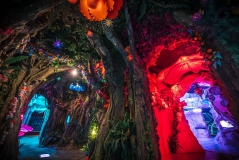 Wake The Tiger is billed as an ‘immersive art experience’ by the creators (the same team behind the festival Boomtown) – but what does that mean exactly? Well, it means stepping into a lovingly realised world of fantasy, mystery and whimsy – and playing around there.

I’ve always loved fantasy and sci-fi – other worlds, in short. Whether it’s books, games, film or TV, I love immersing myself in those worlds, and I don’t think I’m alone in wanting to be able to step into one of those alien and fantastical worlds for myself.

I’m not going to describe the specifics of Wake The Tiger too much – I think discovery is such a huge part of what makes it so exciting and involving, that I wouldn’t want to take that away from you. 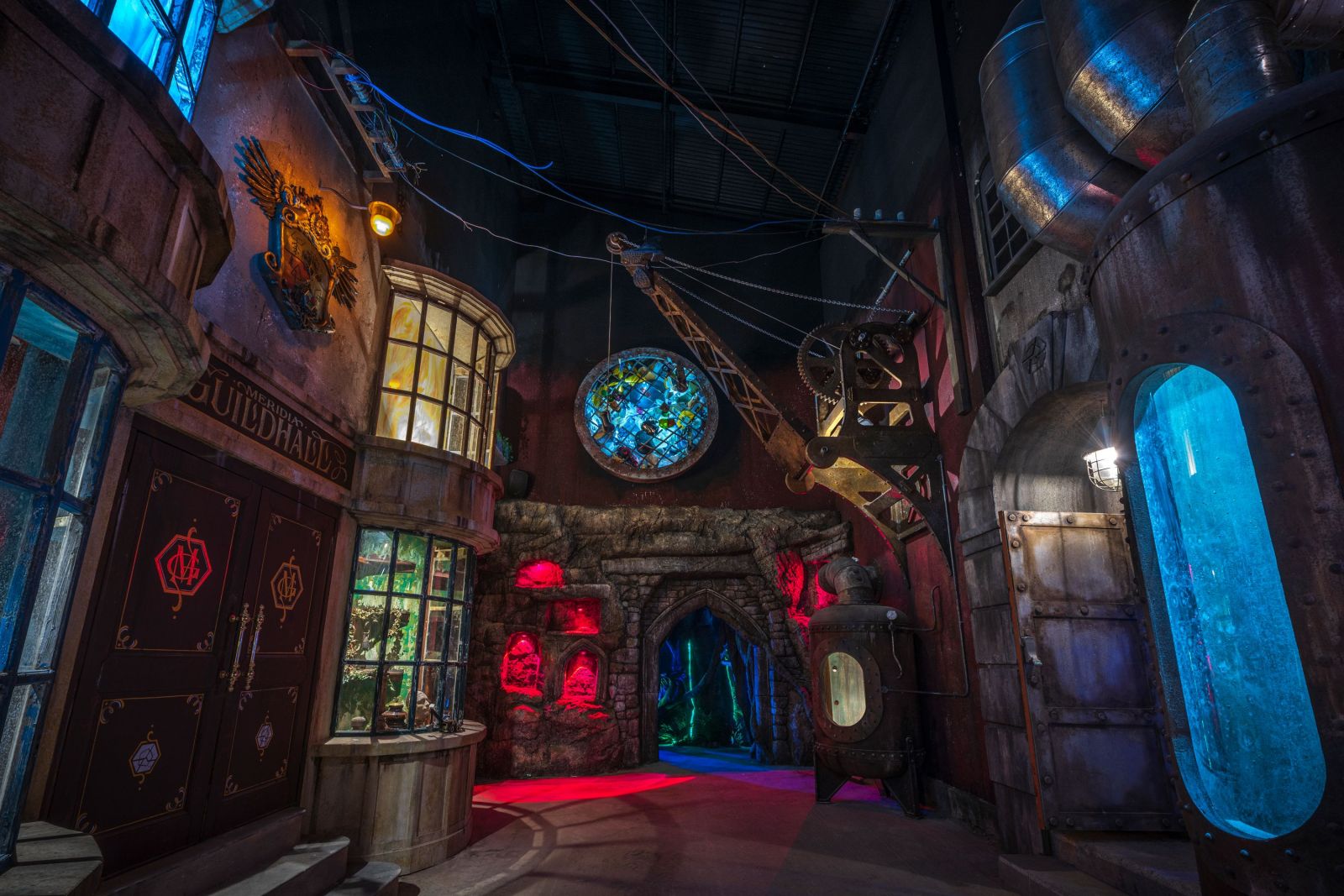 What I will say is that visitors are supposedly visiting the development site for Meridia Luxury Homes – shopping for a flat. Things, of course, go somewhat awry, and they find themselves in the odd parallel world of Meridia. Meridians are facing a crisis that just to happens to mirror one facing our own world – and you uncover the story behind that as you explore.

Wake The Tiger is essentially like a massive, fully-realised film set. For the most part, there’s no single path you can take through the different rooms, ‘experiments’ and so on – you can forge your own trail and discover as the mood takes you, or focus on what you find interesting.

And it’s interactive – really interactive. From the off, you’re twiddling dials and pressing buttons to see real effects in the world around you – listening to audio recordings both being played throughout the rooms, and through hidden phones, reading documents and a whole lot more.

I’ll give you this one little spoiler – yes, there is a hidden bookcase door. Scooby-Doo, eat your heart out. 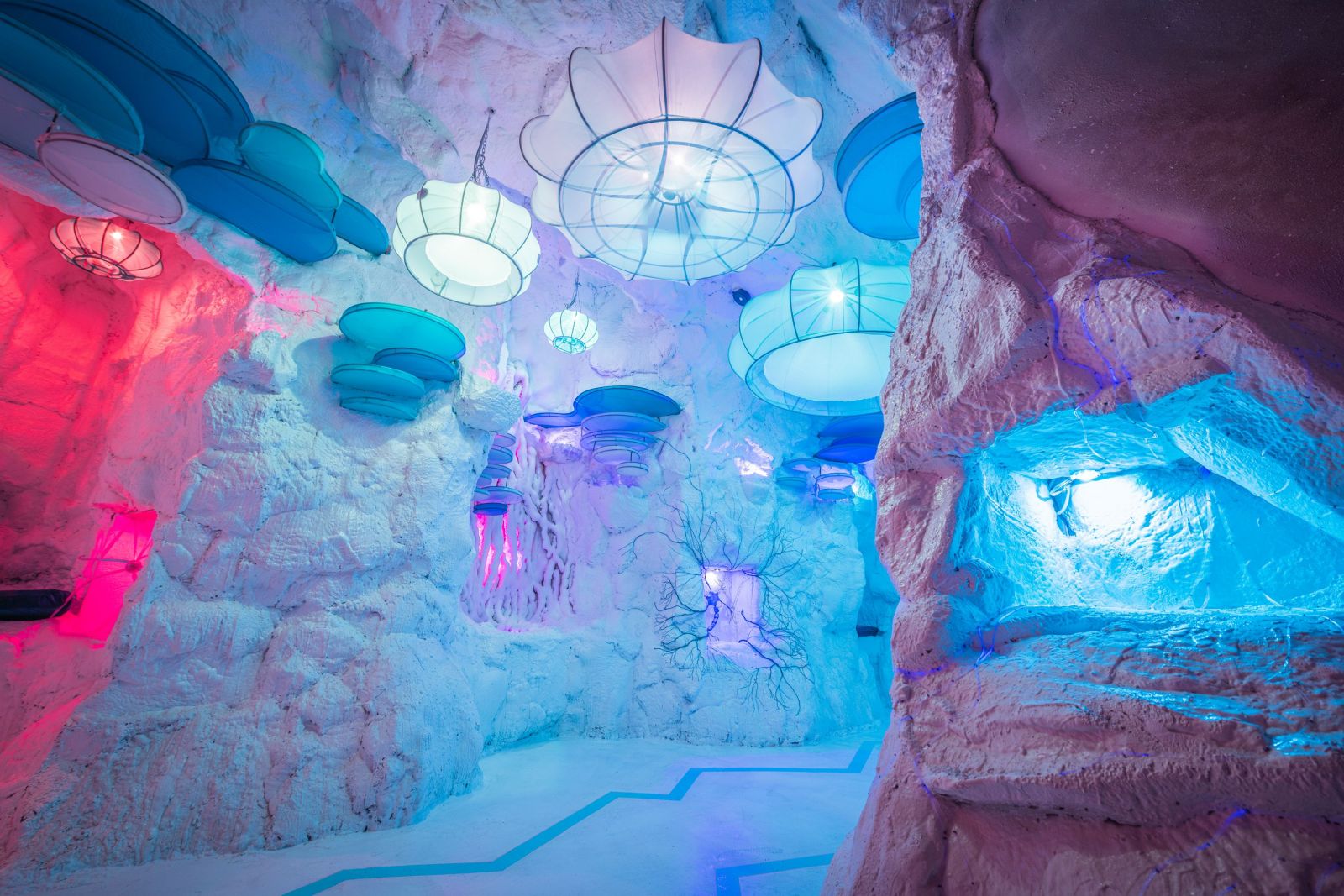 All of which isn’t even mentioning the shockingly beautiful, fantastical visuals. You’ll find yourself in psychedelic forests, be confronted by cultish mannequin altars, and be mesmerised by light shows and projections.

Unfortunately, as the experience comes to it’s climax it, well...doesn’t. You find yourself in a final chamber with some impressive visuals, but not much of a sense of finality or narrative closure, and then it...stops. Exit through the (admittedly impressively decorated) gift shop and cafe.

Despite the lacklustre ending, Wake The Tiger is like nothing else – and is exactly what I’ve been looking for in an immersive experience. It oozes imagination, heart, and mischief – do yourself a favour and go.

Wake The Tiger is running until the end of September. Tickets are £18.50 for adults and £12.50 for children (inc. booking fees). Book yours here.

I spoke with Lucy Jarjoura, the sales & marketing direcotr for Wake The Tiger, and raised concerns about affordability – particularly for low-income families. We were told that Wake The Tiger have a pot of free tickets for those that can’t afford tickets otherwise – get in touch with them here to apply – and other plans on the horizon to adapt and work out other strategies to keep the experience open and affordable to all.