Review: The Lion, The Witch and The Wardrobe @ The Bristol Hippodrome 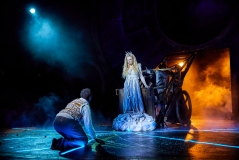 A classic tale brought to life by a supremely talented cast.

The Lion, the Witch, and the Wardrobe is the most famous of the seven novels that make up C.S. Lewis’s The Chronicles of Narnia, a set of books I remember enjoying as a child. Written in the 1950s, the books have been adapted several times, for television, radio, film, stage and even video games. I don’t recall ever having seen any of the later versions, and, if I’m honest, it’s so long since I’ve read the books, I don’t really recall the stories in any detail. That feels like a good starting point for watching this latest stage version, as I never know quite what’s coming next.

The show begins with a pianist playing songs from the World War II era, gradually getting louder as the audience starts paying attention, then joined by the rest of the company for a moving rendition of 'We’ll Meet Again'. It’s a scene that could provide the finale in other shows, but here it’s used as a send-off for the four Pevensie children, Peter, Edmund, Susan and Lucy, and other evacuees as they board a train heading for Scotland. 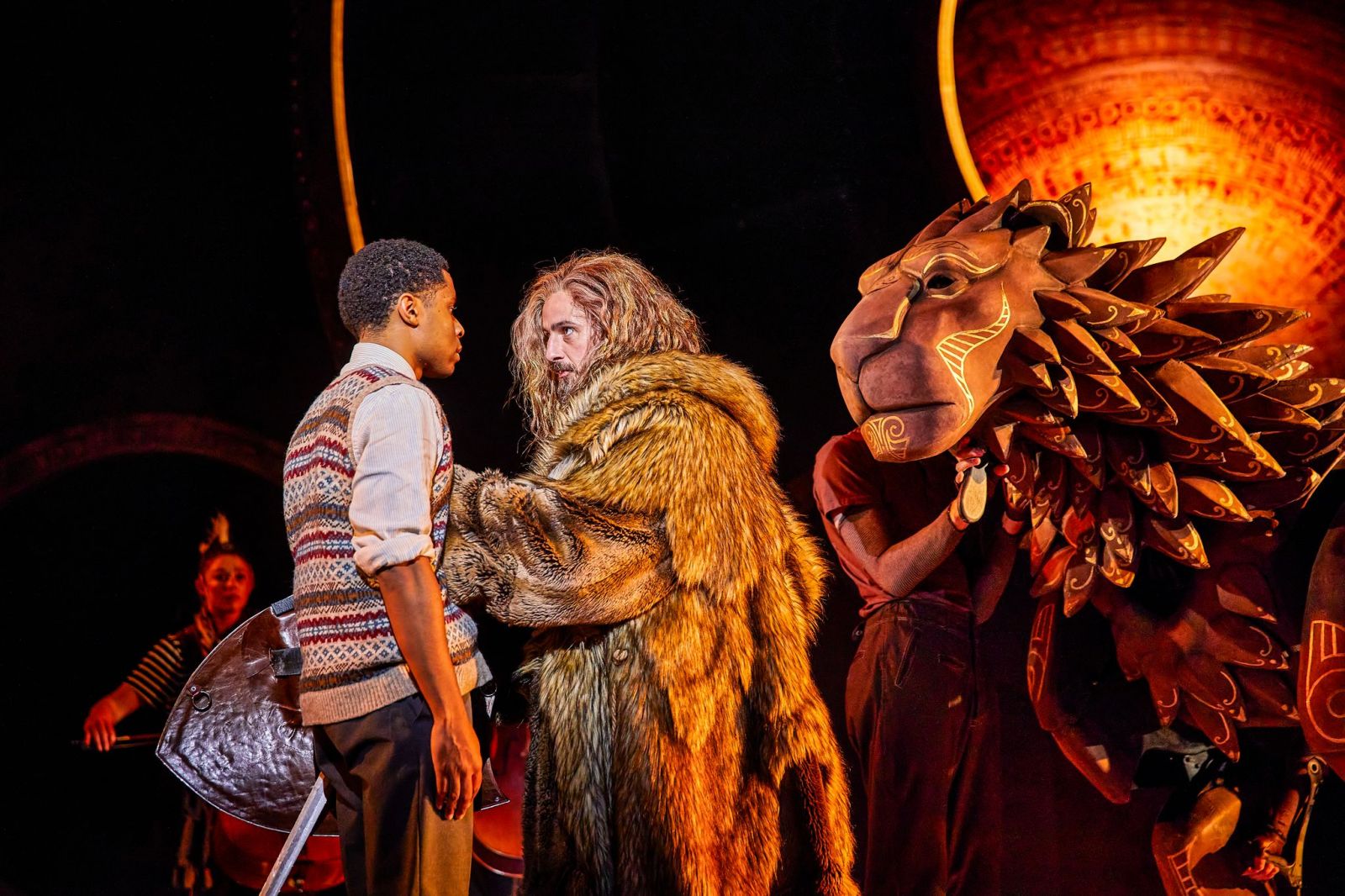 Their new home and its inhabitants, Mrs McCready the housekeeper and Professor Kirk, are a little intimidating to start with, but it’s not long before Lucy, and then the others, first discover the wardrobe that provides a portal to the kingdom of Narnia, where it’s been winter for 100 years. The arrival of two daughters of Eve and two sons of Adam, and later Aslan the lion, is just what is needed to trigger the return of spring, heralded by the arrival of Father Christmas, bringing gifts to help the children fight the battles ahead.

There is a simple but effective set, taking us easily from one location to another with the use of lighting and cast members carrying props on and off stage. The costumes are excellent; I particularly like Father Christmas’s outfit and those of the various animals who live in Narnia. There are puppets too, working perfectly with the human cast. The Lion, the Witch, and the Wardrobe is a play with music rather than a musical, and that music is perfect, composed by Benji Bower and played on stage by the amazingly multi-talented company. It’s very folksy and easy on the ears. 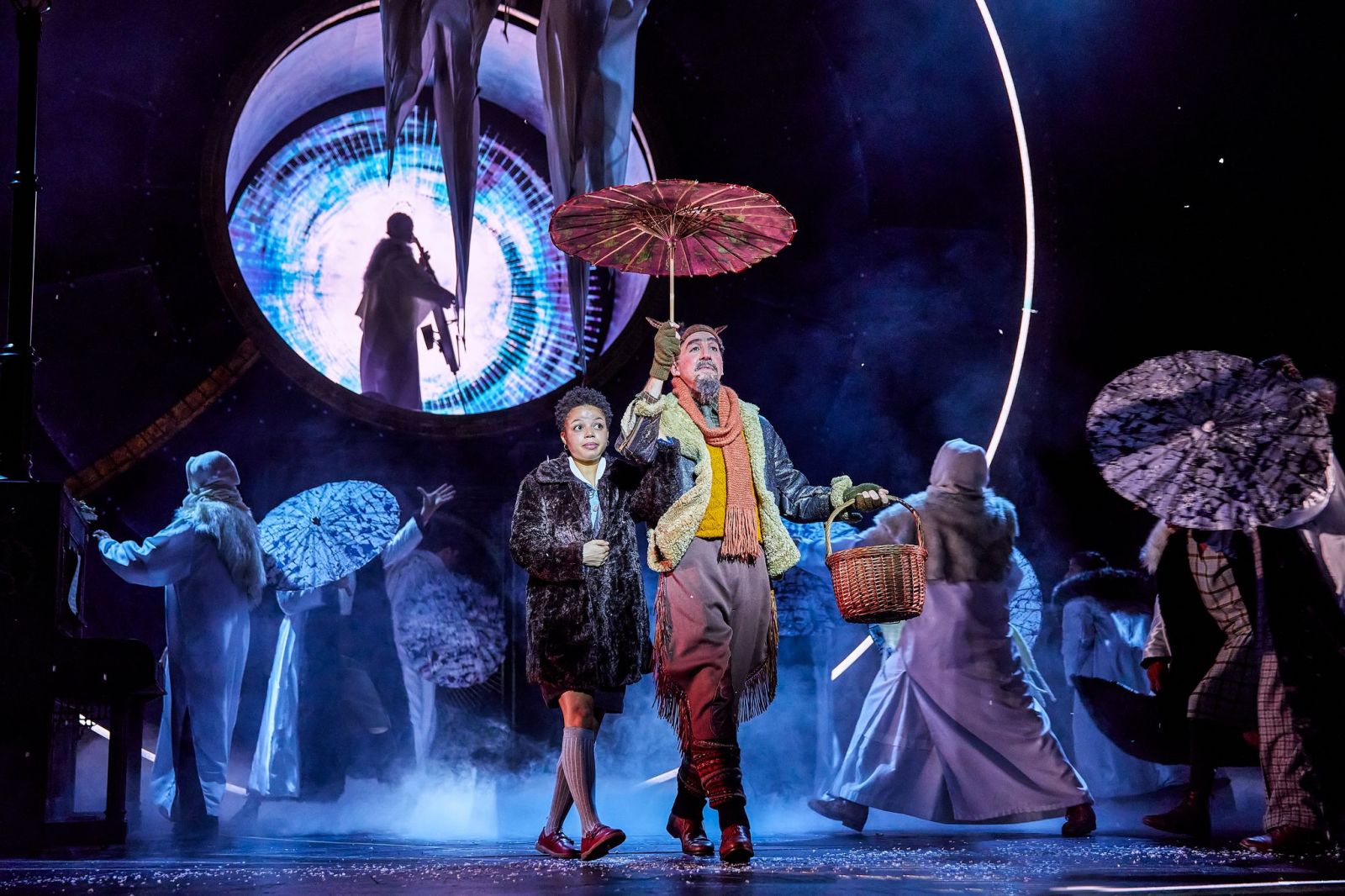 More on that company… they are actors, singers, musicians, dancers and puppeteers, and they do it all brilliantly. Most play multiple characters and do so with ease and absolutely no confusion. All in all, The Lion, the Witch, and the Wardrobe is a great show, one I would wholeheartedly recommend.

It's showing at the Bristol Hippodrome until Saturday 7 May - find out more and book your tickets here.