A triumphant return to the Westcountry for one of the world's most celebrated stage shows.

When the Disney classic, ‘The Lion King’ was first released, I was 6. Just old enough to sit in a cinema seat of my own, with my legs swinging in anticipation. I had never left England, let alone been to the plains of the Serengeti.

But when the screen in front of me flooded me with light and my ears were drowned with chorus, I felt a chill go over my body. Simba is raised in his fathers arms, bright feathers sweep across my eyes and giraffe necks rise majestically from the shadows.

When remembering the enticing landscape of the big screen, I wondered how they were going to appeal to the adult in me. The better traveled and more world weary version of that little girl. As we settle in our seats in The Bristol Hippodrome, there isn’t a spare spot in the house apart from three boxes on the left and right of the stage. On each, the middle and largest, is filled with ornate percussion instruments resembling huge bongos. We hear toots and tapping as the band warms up.

The lights dim and the curtains lift. Suddenly, the famous booming of Swahili introduction we all know fills the auditorium, from a beautifully ornate Rafiki. In the film, Rafiki is a wise, cheeky baboon, in this stage show, Rafiki is an operatic genius who resembles a wise grandmother. Played by South African powerhouse Thandazile Soni, she is adorned with striking blue stripes up each cheek and Rafiki’s famous walking stick. To say she steals the show, would be an understatement - and the competition was fierce. She narrates in Swahili, yet you understand every word. 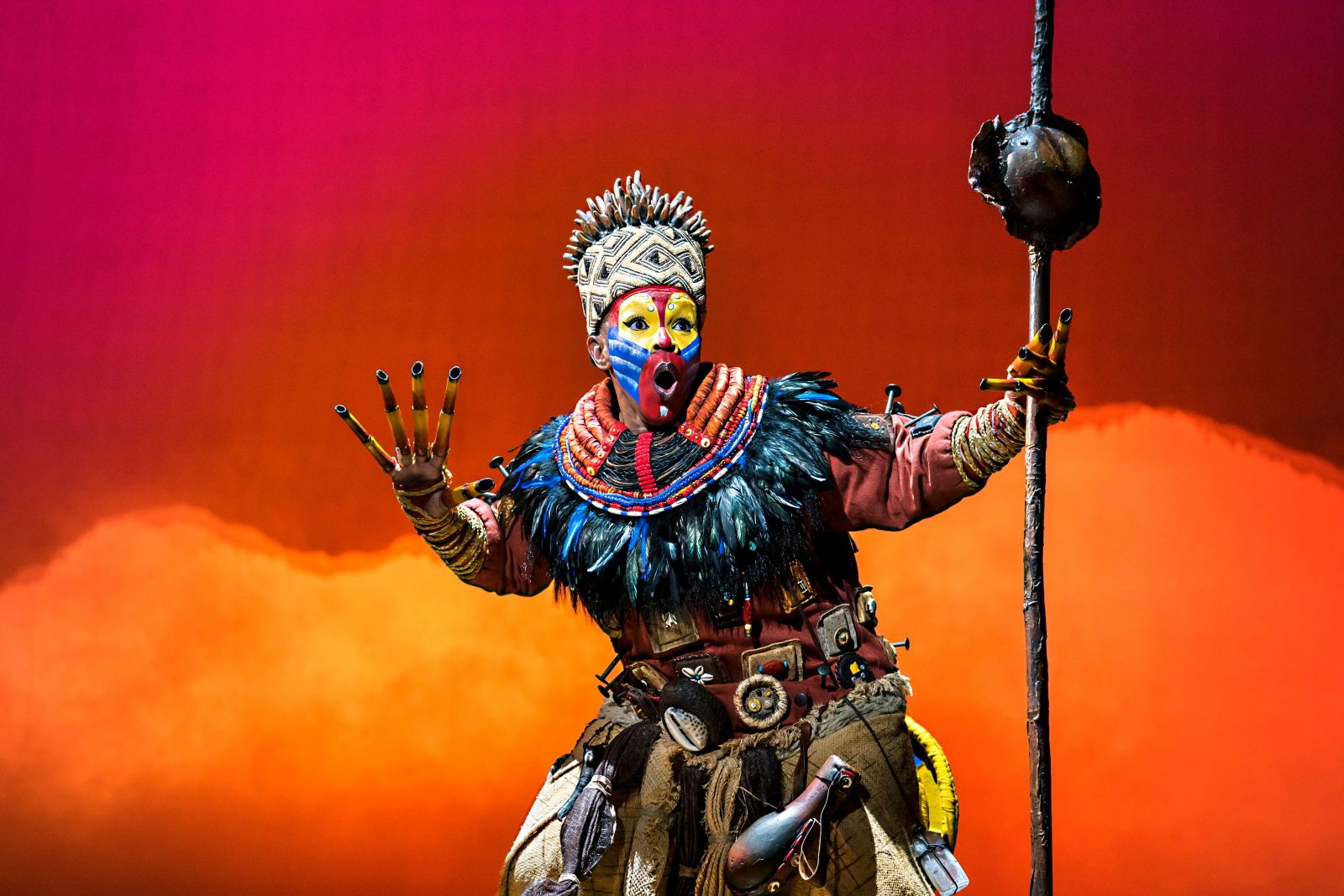 This is the point of The Lion King. Based on Shakespeare’s Hamlet, which premiered in 1609, the story transcends centuries and explores universal themes. From Africa, to England, the love between a father and his son, the jealousy of a sibling and the kindness of strangers are things nearly everyone can relate to.

I was warned the show was ‘interactive’ - a term that makes most introverts shudder. However, as the show starts, your head flicks from the antelopes leaping across the stage, to the birds swooping above your head, to the huge elephant lumbering down the aisle toward the stage. The sheer scale of the layering voices, drums, colours, joy and movement completely overwhelm you. After two years trapped inside my house, a smile spread across my face and tears fell involuntarily down my cheeks. I was told by a colleague that this might happen, so consider yourself fully warned. Bring tissues and or waterproof mascara.

Next, we are introduced to Scar, the evil uncle. In Scar, one of the only white actors in the play, we are given a classic villain. Played by Bristol native Richard Hurst, Scar has the expected crisp english accent and a delicious camp drawl of the cartoon. His scenes with wisecracking Hornbill Zazu, played by Matthew Forbes, give us some of the funniest moments in the show, even referencing Somerset and delighting the Bristolian audience. 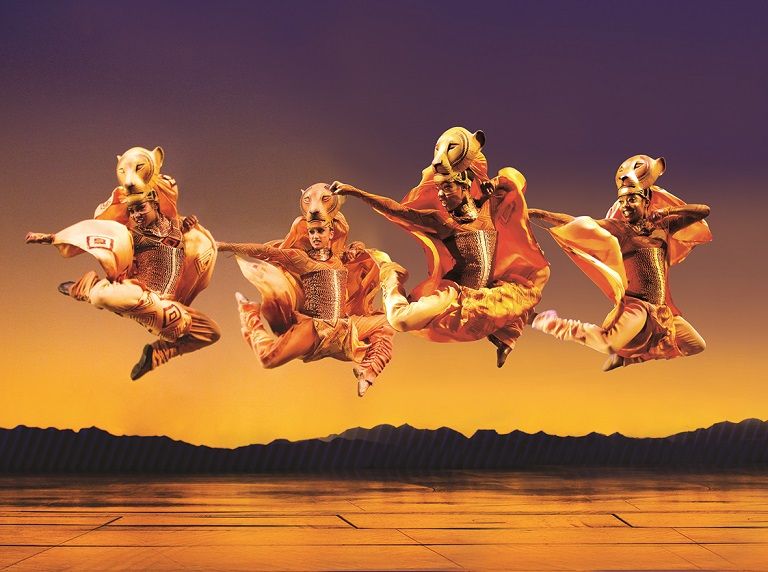 Jaydon Eastman plays Young Simba and was frankly born to be on stage. He rides huge ostriches, leaps into his fathers arms, dances with the pride and knocks out a tune all at once. His beloved Nala, played by Lauren Simpe-Asante also blew us away with her plentiful talent and enthusiasm, playing more than just the leading lady when she joins in with the chorus.

Darker scenes are also given a twist of humour. The Elephant’s graveyard is adorned with a huge spine which doubles as Scar's platform for his evil deeds. Lumbering hyenas awkwardly bound around the stage, terrifying and delighting a child-filled audience in equal measure. The scene everyone is dreading, apologies for the spoilers, the death of Mufasa is so expertly created, it’s hard to believe all they have is a stage. The use of shadow play and huge varying sized masks create depth and chaos perfectly when conveying the wildebeest stampede.

Now enter the characters everyone has been waiting to meet. Timon and Pumbaa, played by Alan McHale and Carl Sanderson respectively, do not disappoint. Sporting Brooklyn accents as they do in the film, they crack wise and raise some much-needed laughs from the audience. Both actors are lumbered with difficult to control costumes, but do so with ease.

Simba, Nala, Mufasa and Scar all sport lion heads that bob up and down seamlessly. All the actors have clearly had time to perfect the smooth transition from painted face to giant rolling lion head. All props are simple and made from natural materials. Wood with painted green grass, flowing fabrics to represent water drying from the pridelands and simple twinkling lights to fill the sky with stars.

Whether you’re not much of a ‘musical’ person or a seasoned veteran of the boards, this play will take your breath away. It turns a story we all know and love and transforms it into something your parents don’t just stick on in the background, but a show you can't take your eyes away from.

The Lion King will be running matinee and night shows at The Bristol Hippodrome from now until Saturday 19th March 2022. You can buy tickets here - please note not many are left available so you'll need to be quick. 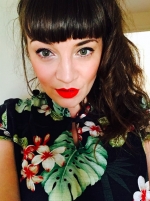