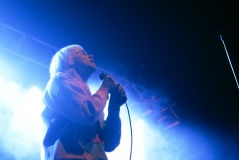 A cold Friday night in late November saw The Charlatans play a sold out O2 Academy with hordes of mod cuts milling around the nearby Hatchet Inn.

There was a celebratory feel to the evening with the West-Midlands indie mainstays heading to the South-West for their massive 30th anniversary tour.

Support came from Martin Carr and What Future with the ex-Boo Radleys frontman accompanying The Charlatans for much of the tour. The music was pleasant if not particularly dynamic with a very nostalgic feel – a theme that continued throughout the night. The half hour set was hampered with sound difficulty as the drums only became audible halfway through. Carr looked dapper in a feathered trilby sitting cross legged throughout the forced interval, absentmindedly twiddling at his guitar strings. 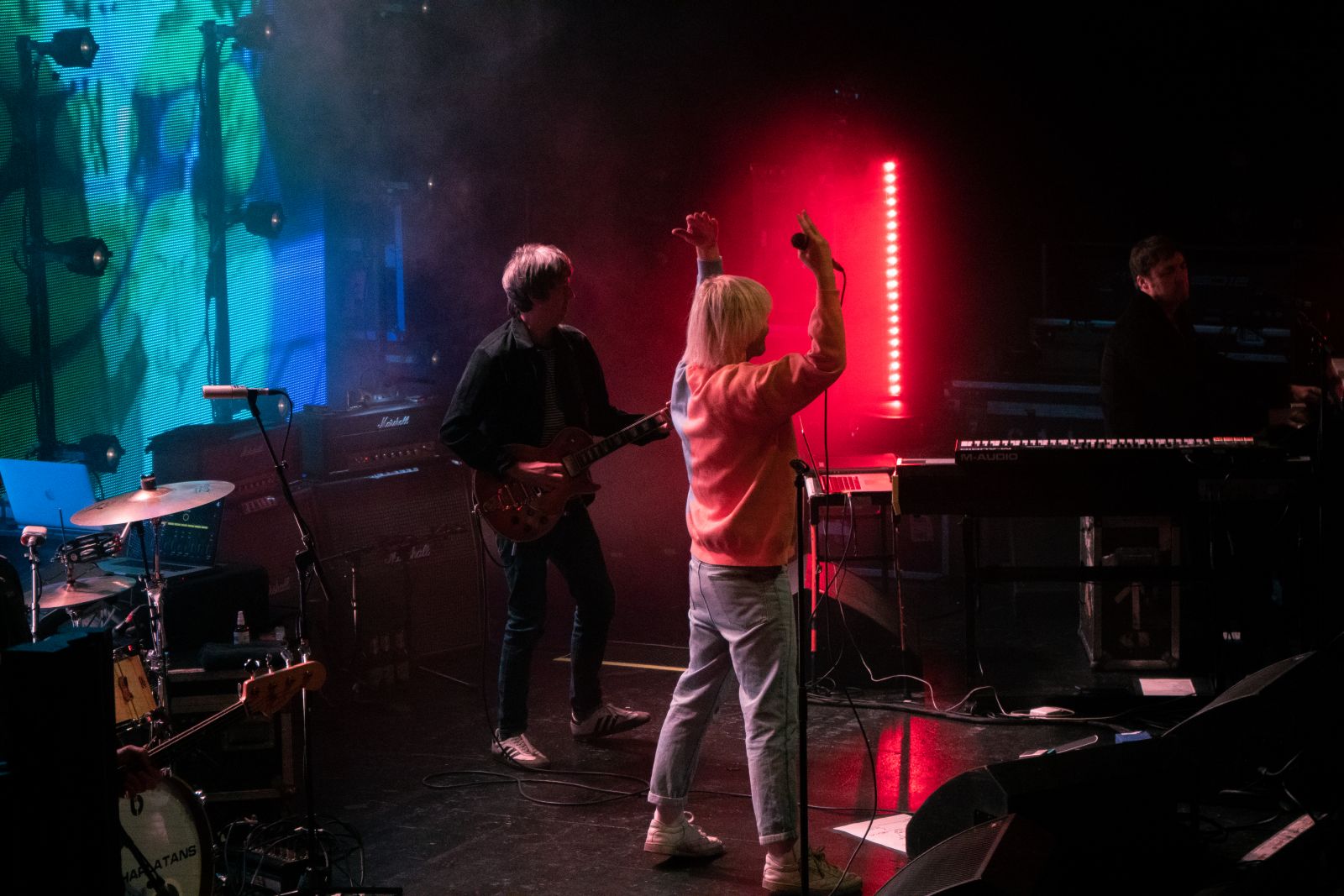 In the intermission before the headliners, the O2 filled rapidly and my previously exclusive spot at a table on the balcony becoming much less private. As The Charlatans took to the stage, the nostalgic motif was truly established with the digital backdrop displaying old gig tickets and posters.

Popular frontman Tim Burgess entered the spectator’s eyeshot to cheers throughout the crowded venue. As guitar kicked in, Burgess strutted up and down conducting the crowd as archive film footage of the band played in the background. Vocally he is not the strongest, but he brought a cheeky aura to the stage. Clearly delighted to be playing gigs again (despite 30 years of performing this material), Burgess filmed the crowd on his phone grinning from cheek to cheek – cherishing the moment.

The Charlatans are well known for treading the same plains as Oasis, Happy Mondays, and The Stone Roses to almost to the point of imitation – ‘The Only One I Know’ springs to mind. Indeed, Burgess’ stage presence resembles a cuter Ian Brown - minus the num-chuks and anti-vax tendencies. The frontman, with his trademark bowl-cut, is universally loved within indie music, so he gets a pass from the adoring crowd, but the amount of time he spends on his phone filming is grating to say the least.

The show itself proved to be one catered for the more hardcore fans, with one telling me he was glad this was a best-of tour; he had seen The Charlatan’s a few times and didn’t enjoy their newer material. Live, these songs appeared true to the recorded tracks with the band clearly very tight but perhaps lacking in energy and spontaneity.

There were certainly high points of the show, however. The 1994 track, ‘Can’t Get Out of Bed’, proved a sing-along number along with ‘You’re So Pretty’ with its bluesy, Smiths-esque riff. 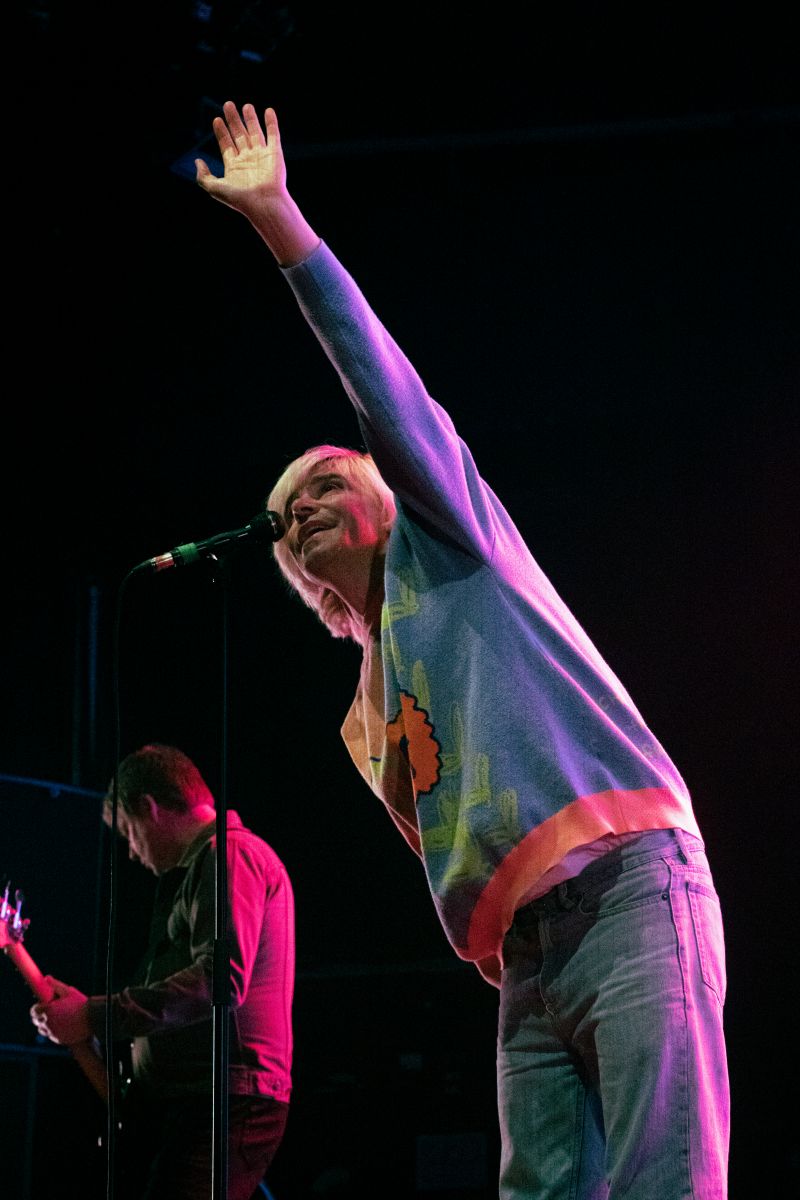 Hit single ‘One to Another’ brought the whole crowd together with heads bobbing as far as the eye could see. While the track sounds like it’s been drawn straight from Happy Mondays’ Pills 'n' Thrills and Bellyaches, it is a song of togetherness and with its distorted guitar and dancey keys it was certainly one of the more dynamic numbers.

The crowning glory of the night was, of course, ‘The Only One I Know’. Receiving a rousing reception with voices, and lagers, raised high. It is a classic, angsty number with an unpredictable structure and Burgess’ bleached blond hair could be seen bouncing up and down throughout.

Perhaps surprisingly, my highlight of the night was not a song but the stage backdrop. The screen offered an incredible light show catered specifically for each song. At some points psychedelic (Bond-like silhouettes or red sea waves heaving up-and-down) and at others nostalgic with the band looking fresh faced performing at venues much smaller than the O2. It was a lovely touch that had clearly been curated with love and care.

Overall, while there were dull moments within the set (an airborne drink hit me at one point, keeping me on my toes during one such occasion), there was a celebratory atmosphere befitting the band’s landmark tour. The Charlatans may be a band living off past glory and nostalgia but that does not need to be tragic. The fact that they managed to sell-out one of Bristol’s major venues is credit to their enduring charm and the revelers on this cold Friday night loved it. 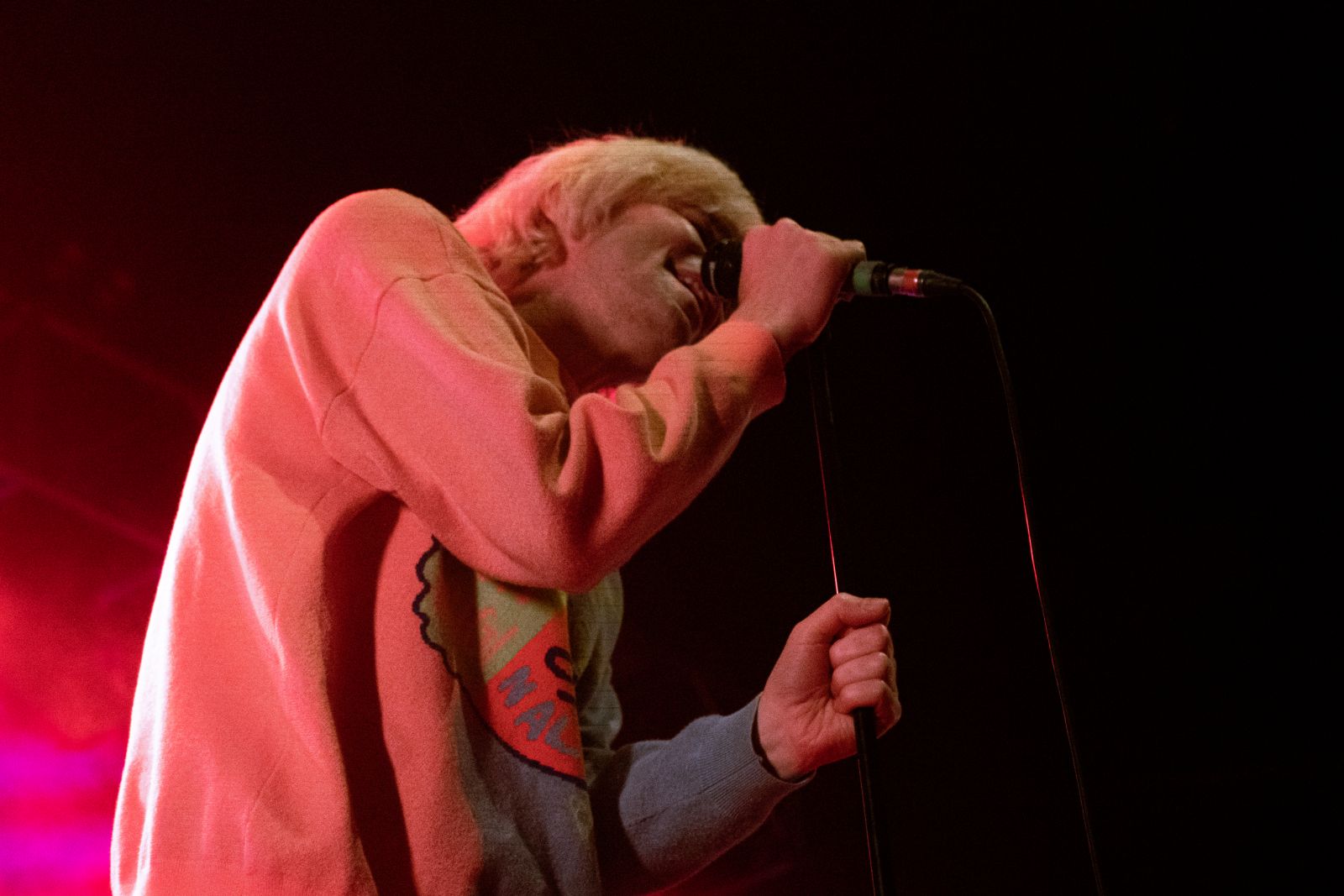