Review of Stand Up For Ugly Animals in Bristol 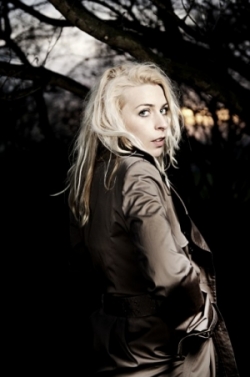 In all, the show was a refreshingly original take on stand-up comedy. Each act bringing something new to the table and in so doing, opening up the performance to a variety of comedic tastes.

On Wednesday 22nd October, the Ugly Animal Preservation Society brought to Bristol for one night only, a comedy performance which showed at the Colston Hall. The acts, including names such as Sarah Bennetto from The Storytellers Club and Sara Pascoe who appeared on the infamous TV show, Live at the Apollo.

Having thoroughly enjoyed stand-up performances in the past, I was keen to witness a performance based upon a rather unusual, yet nonetheless important topic, endangered ‘ugly’ animals. Each comedian taking a slightly different approach when presenting their chosen animal whether it was through the use of interactive flipchart images, sock puppets or song.

Introduced by whimsical host, Simon Watt, the self-confessed Star Trek nerd and bristolian Chris Dunford kicked off the evening with his sketch concerning the tragedy-bound Sloth. His comical slideshow depicting their slovenly ways which have undoubtedly led to their rapid descent. As we soon learnt, one never does live long when they have a fondness of sprawling out across busy roads in the heat of the day or when they lack incentive to run with haste following the emergence of a predator.

We were then introduced to the bumphead parrot fish by Bec Hill who highlighted the importance of reality TV fame for these endangered creatures before Elf Lyons took to the stage fuelled with passionate, no-pun-left-behind support for the misunderstood shark. Her sketch telling of a shark’s abandonment at birth and their underground vigilante status as a ‘bouncer of the sea.’ Both, cruelly overlooked by the human population given a shark’s unfortunate fierce facial features.

Taking a more musical approach Bush and Mcckuskey were up next in support of their ugly animal, the Dugong. A manatee like creature who they fondly depicted as a tumour in a wetsuit. Though not quite gaining as many laughs as those who had gone before, the pair were fantastic when they began to sing. Their innovative song, ‘save the planet, sh*g a panda’ going down a storm amongst the audience.

After the interval we were then provided a dung-beetle inspired sock-puppet show by Sarah Bennetto before the final, and most well-received, acts of the night Dan Schriber and Sara Pascoe took to the stage. Schriber’s sketch captivating the crowd with his hilarious appeal against the shameful deforestation of women in contemporary society which has been destroying the habitat of public lice. Pascoe, inviting up a (somewhat drunken) member of the audience to participate in an improvised role play concerning the demise of the ghost bat.

In all, the show was a refreshingly original take on stand-up comedy. Each act bringing something new to the table and in so doing, opening up the performance to a variety of comedic tastes. An informative and greatly entertaining night, don’t miss it when you next get the chance!

Reviewed by Grace Fox for 365Bristol