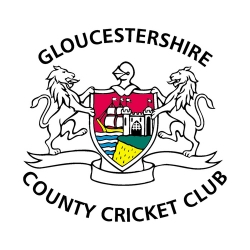 The scores were level with one ball to go. Rob Key called for his helmet to field mid wicket and stop the scampered single, but hero Rouse hit a four to complete a match winning trial.

Gloucester have given 21 year old wicket keeper Adam Rouse a months trial to cover for all their injured wicket keepers. A former England under 19 from Hampshire he made a man of the match impression on his home debut.

Against Glamorgan in the T20 three weeks ago Gloucester took Glamorgan apart for 207 before rain ended the match. The official line was that pitch could not be dried out in time to complete the 5 overs needed to be played by Glamorgan but I cant help thinking TV schedules had more of an influence. But Gloucester had showed, admittedly with Klinger playing, that they can score runs quickly.

The weather was threatening to rain. So winning the toss Gloucester elected to bowl. Kent made a reasonable start with our mate Rob Key and Bell Drummond putting on 29. Then Sam Northeast had fun smashing 75, but to be fair to Gloucester, Kents 150 was modest around the 7 per over mark.

Gloucestershire's rate was initially more like 4 an over and they never looked like winning at any stage of the match, being 89 for 5 when Adam Rouse came in at 6. Rouse, Benny Howell and Jack Taylor made use of the new smaller boundary. Kent's Griffiths pulled his hamstring in the process of removing Jack Taylor half way through his over which was then completed by ball. Still behind the rate Gloucester needed 12 from the last over from Doug the rug Bollinger. Rouse liked his bowling and the scores were level with one ball to go. Rob Key called for his helmet to field mid wicket and stop the scampered single, but hero Rouse hit a four to complete a match winning trial.

Good to see Mike Proctor at the interval appealing for township cricket funds in South Africa.