Banks at Trinity in Bristol 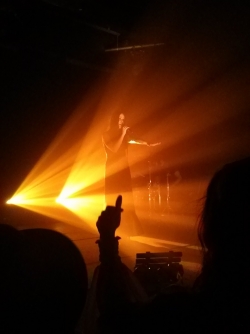 She is undoubtedly the kind of artist made for live performance, her music brought to life by her chillingly soulful vocals, electric sound, and ease on the stage.

The lights suddenly blazed, the bass and rhythm pumped and the American singer-songwriter strode on in her flowing gown and long skirt and filled the room immediately with her haunting voice.

As soon as her entrance song (Before I Ever Met You) finished she emerged from the emotions that she adopted so convincingly for her songs, and smiled. She thanked her crowd, which filled the venue to the brim. Having just come from her first festival SXSW, the Trinity Centre, Bristol last night was her first date of her UK tour, and she was alive with energy.

Her next song was This Is What It Feels Like, and she danced floatily around the stage, throwing her all into her vocals, bringing with her such presence and atmosphere that the whole crowd were enticed. A friend of mine described her hour long performance as “dark, harrowing and seductive”, and that it was. She connected deeply with her musicians – a drummer and keyboard/guitarist – and immensely with her fans, singing right up to us, grasping at their hands and responding with love at their calls of “We love you, Banks!”

The 26-year old showed us her likeable personality and emotions as she interacted and performed, moving onto the keyboard for the beginning of a song - “where all my songs begin”, she confessed. Excitedly, she also brought Bristol two 'world premiers' of new songs - Goddess; a song which means a lot to her, stemming from her insecurities as a child, and Stick; a more up-tempo track which she brought her performance to a close with.

Her gratitude and love for her tour's first city and the support she saw in it's venue was so clear, and she gave us such a passionate and atmospheric show, leaving all her fans even more adoring of her music than before. She is undoubtedly the kind of artist made for live performance, her music brought to life by her chillingly soulful vocals, electric sound, and ease on the stage.

Reviewed and photos by Maria Skinner for 365Bristol 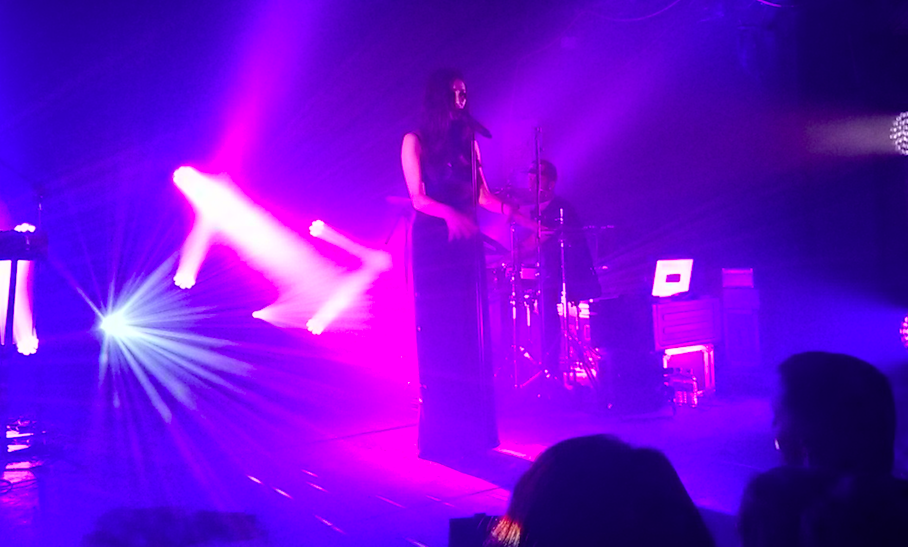