The gameplay is no slouch, with tense stealth which had me holding my breath coupled with the brutal combat as you nail a guard in the head with a rock. This is easily one of the best games of 2019.

Games are often shunned by those who don’t understand them, which is the general attitude when it comes to any artistic medium when they are somewhat new. However video games these days can be a powerful tool where it can deliver powerful and emotional stories, which will have the most hardened person in tears. A Plague Tale: Innocence is another beautiful example of interactive storytelling, which had me leaning forward in my seat from beginning to end. 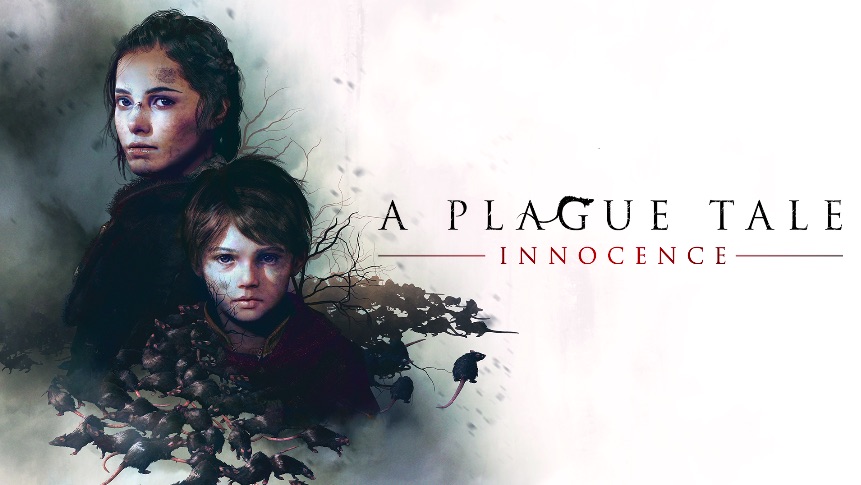 A Plague Tale takes place in Medieval France during the outbreak of the bubonic plague, when it nearly wiped out the entirety of Europe. You step into the shoes of Amicia de Rune who is the daughter of a well-respected aristocratic family; her family is targeted by The Inquisition due to her brother Hugo who houses special blood. One thing leads to another, where her mother and father are killed and then she has to go on the run with her brother and seek help from those in different corners of France. The story is a tragic and dark tale where you strive to protect Hugo and Amicia; there were moments that genuinely had me in tears with how high the emotions were. Coupled with the well written story was the voice acting from the cast, the performances were fantastic and they conveyed emotions in a convincing manner.

Gameplay is a stealth and puzzle game, where you sneak through various areas while solving basic puzzles. The puzzles are very basic, but to be honest it doesn’t bother me that they are not brain taxing, as it keeps up with the smooth flow of the stealth. The stealth gameplay takes a simple approach of line of sight and sound, which is not bad as it is functional and works very well. You have many weapons and items to utilise throughout each scenario; you can throw a rock at discarded armour to distract them, shoot out their lanterns so they are devoured by rats or if they are not wearing helmets you can brain them with a rock via a sling. 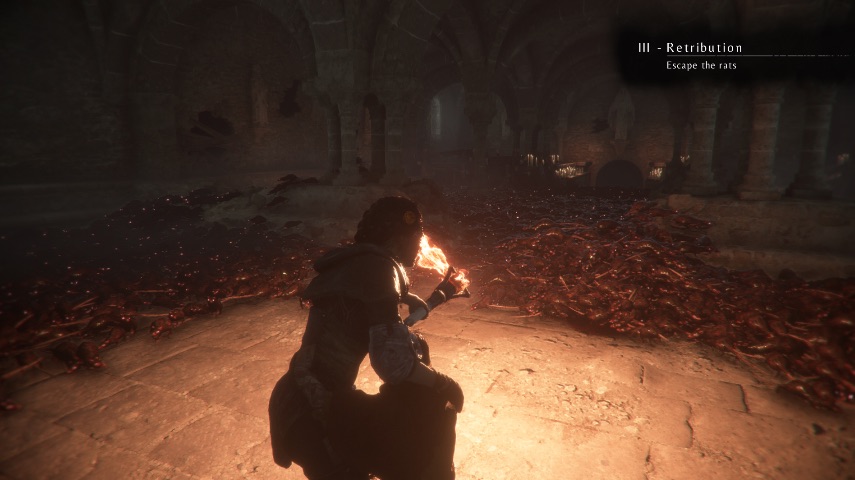 You don’t always have to hide and avoid enemies; no you can choose to confront them with a sling where you can throw rocks at their heads which is extremely brutal. However it is a one hit kill if they get their hands on you, so it is a double edge sword where you have to balance the outcome of dispatching them or getting yourself killed. The unique selling point of this game if you can call it that are the rats, throughout the game there are swarms of rats you have to avoid which is thematically appropriate for the medieval setting. You have to use light sources to scare off the rats to proceed, because otherwise you’ll be devoured where there is nothing more than bones. This attributes to the puzzle solving as you have to come up with creative ways of utilising light, such as timing a swinging chandelier or pushing braziers to help your allies proceed.

This is easily one of the best looking games of 2019; it pushes the technical boundaries of what the current generation consoles can do. Environments range from beautiful and lush forests with wildlife minding its own business; to oppressive and dark tunnels as plague riddled rats scuttle beneath your feet. The detail on characters look exquisite, with subtle details with cloth textures on clothes, great animations when they are engaged in dialogue and just believable movement when they are killed or devoured by rats.

A Plague Tale: Innocence is another example of video games as art; it has a tragic yet beautiful story that had me at the edge of my seat and my emotions going with the loss and isolation Amicia felt. The trials and tribulations she had to go through in order to protect her brother is both encouraging and heart breaking at the same time, the game will have you going through a range of emotions laughter, sadness and even anger. The gameplay is no slouch, with tense stealth which had me holding my breath coupled with the brutal combat as you nail a guard in the head with a rock. This is easily one of the best games of 2019, and I highly recommend you pick up this title! 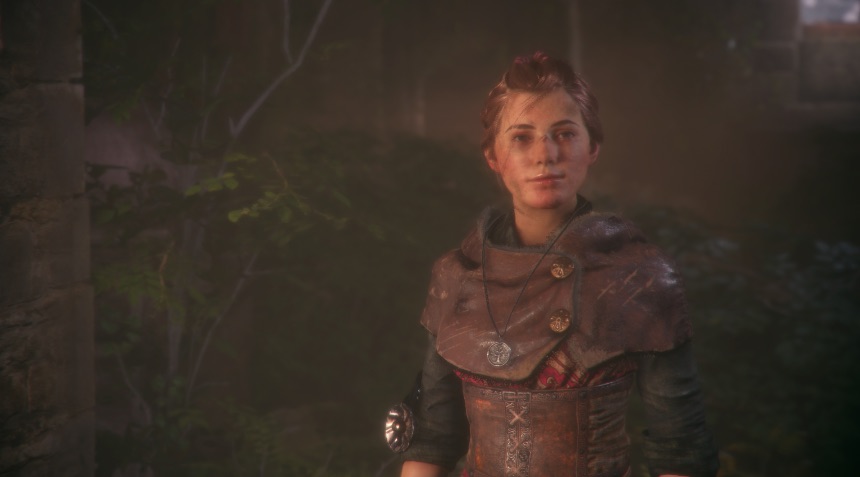