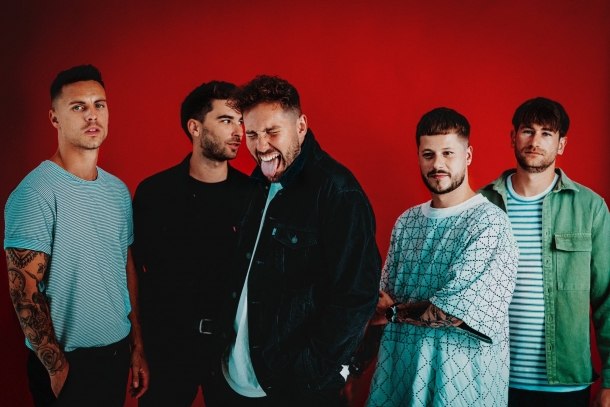 You Me At Six live at O2 Academy Bristol

The band return to the live circuit in support of their seventh studio album.

The You Me At Six Bristol gig has been rescheduled to Monday 6 September 2021 at O2 Academy Bristol.

Explosive five-piece You Me At Six have officially announced plans for a huge UK headline tour in 2021, following the January release of their eagerly-awaited new album, SUCKAPUNCH and allowing for all the lockdown guidelines to be lifted.

You Me At Six will be performing live at Bristol's O2 Academy on Monday 6 September 2021 and tickets can be purchased here.

Having already released singles 'MAKEMEFEELALIVE' and 'Beautiful Way', You Me At Six have made waves in recent weeks with cryptic hints of new music and a brand-new live show on the horizon.

After bursting onto the scene in 2008 with their debut album, Take Off Your Colours, the band found notoriety across the UK and beyond with a string of well-received releases and energetic live performances.

As well as their own extensive headline tours, the band have performed alongside the likes of Paramore, Fall Out Boy and Thirty Seconds to Mars over the years, cementing their place as a genuine force on the pop-punk/alternative rock scene.

Their new album, set for release on 15 January, is rooted in redemption and reflection following a tumultuous period for several band members. SUCKAPUNCH sees You Me At Six tap into a dark period and use it as a catalyst for creativity, empowerment and positivity.

Speaking on the announcement of the album, lead vocalist Josh Franceschi said: "We have been in the pursuit of happiness for quite some time, both collectively and individually, only to discover that happiness is more than just a state of mind."

Find out more and get your tickets here.