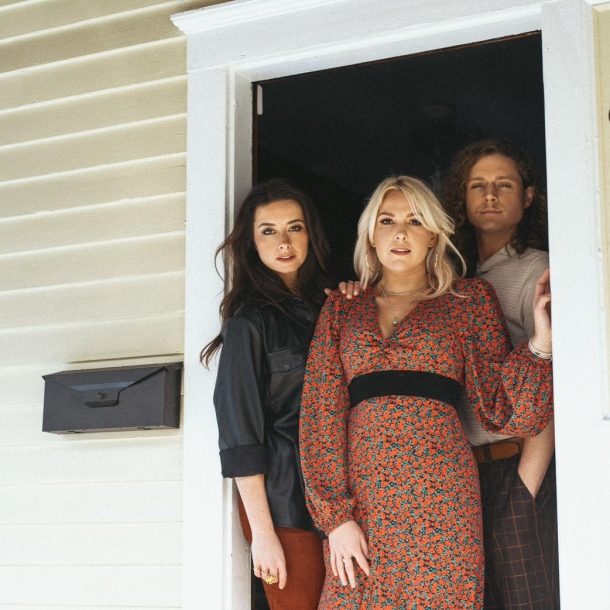 The Wandering Hearts at Trinity in Bristol

The Wandering Hearts at Trinity in Bristol on 24 May 2022

The Wandering Hearts will be live at Trinity Centre in Bristol on Tuesday 24 May 2022 having achieved their second consecutive #1 on the UK’s official Country and Americana charts with last summer’s self-titled second album.

Arriving to a second wave of critical acclaim and again championed by Bob Harris at Radio 2, the album cemented the trio’s reputation as one of the leading lights of the British country / folk / Americana scenes - as underlined by their nomination for UK Album of the Year at the UK Americana Awards 2022, alongside Yola and The Staves.

‘Instead of You’ is a serious contender for one of The Wandering Hearts’ finest moments. Their renowned three-part harmonies are completely on point, with Chess Whiffin and Tara Wilcox’s sumptuous voices weaving elegantly around AJ Dean-Revington’s supporting baritone. There’s a darker heart and a haunting sense of melancholy that sets the track apart from the rest of their songbook. Whereas the original album celebrated the power of connection and the unbroken human spirit, ‘Instead of You’ possesses the empowerment to know that sometimes breaking away is for the best. The song was recorded in Connecticut with the Grammy Award-winning producer Peter Katis (The National).

The Wandering Hearts commented, “‘Instead Of You’ is dreamy but determined. Sometimes, anything is preferable to feeling equally trapped between staying or leaving, but you just know you have to get out for your own good. With echoes of our ‘60s and ‘70s influences, the song’s psychedelic folk-rock sound tells its own story of freedom.”

The band added, “We had so many songs to choose from when we put our self-titled album together so when we had the opportunity to record even more for the Deluxe Edition, we obviously jumped at the chance. It's a tricky job trying to choose the right songs for the right place on the right album and that often means eliminating songs we’re really passionate about at the eleventh hour. Exciting as the recording process is, it's quite hard coming to terms with the fact that the vision you have can't always manifest in reality.”

The Deluxe Edition will be released shortly before The Wandering Hearts embark upon their first full-scale tour in support of the album. Having completed ‘In Harmony: An Intimate Tour’ last summer, The Wandering Hearts will step into bigger venues this May for the ‘On Our Way’ UK tour - including their biggest London headline show to date at the O2 Shepherd’s Bush Empire.

Bristol's Trinity Centre gig tickets are £16.95 including booking fee and are available online here. Please note this is a standing show, 14+ entry policy and under 16s must be accompanied by an adult