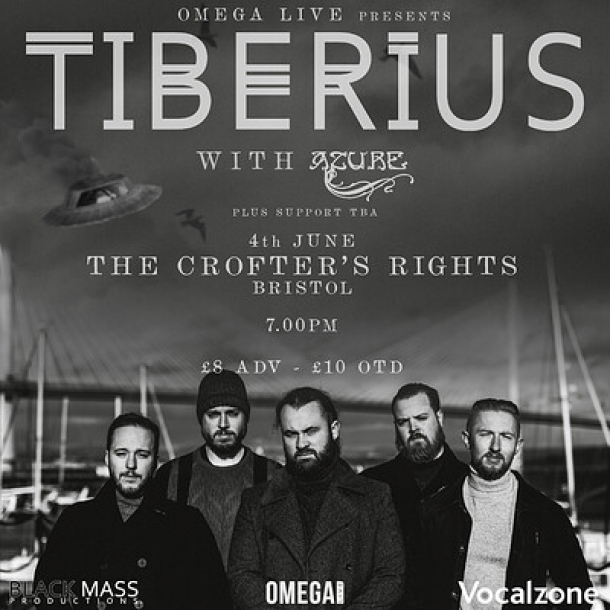 Tiberius and Azure At The Crofters Rights

Tiberius and Azure Are On At The Crofters Rights June 4th

Awarded “Best Metal Act” in 2017 by the Scottish Alternative Music Awards, Tiberius have been quickly establishing themselves as a popular alternative to what is expected from the metal genre. Writing tongue-in-cheek songs that shed light on global and personal struggles, the band have carved out a niche position for themselves which emphasizes the personalities of the men behind the music and has seen them support heavyweights such as The Contortionist and Twelve Foot Ninja, as well as securing a main stage slot at UK Tech Fest.
Beginning their musical venture with a style which incorporated the rhythmic and melodic motifs typical of the djent and tech metal genres, the musical direction of Tiberius has evolved since their eponymous debut EP in 2015 to reflect the ambition and maturity of five individuals who seek to continually challenge themselves (and each other) writing music that they love, about topics of which they are passionate. Their sound development has culminated with the debut album, A Peaceful Annihilation released in June 2020, which has quickly garnered numerous positive reviews and solidified Tiberius as a prog metal mainstay. Tiberius have various festival bookings in 2022, including a return to UK Tech Fest and their debut at the rapidly growing RADAR festival.