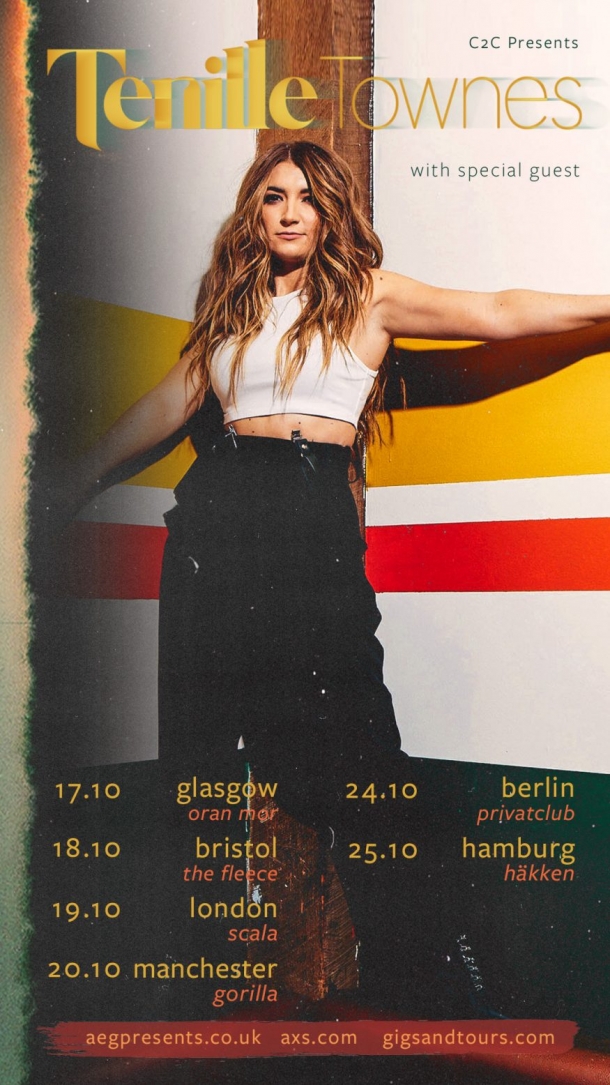 Tenille Townes At The Fleece

Tenille Townes is a Canadian country singer/songwriter who debuted in the mid-2010s. After earning a nomination for Female Artist of the Year at the Canadian Country Music Awards in 2011, she headed down to Nashville to hone her craft. After issuing two well-received albums, she found success with her third-long player, 2021’s Lemonade Stand.

Born on January 20, 1994, she was raised in Grande Prairie, Alberta. At the age of 15, she released the single “Home Now,” which gained the attention of the Canadian country industry. Another single, “Wendy (Can You Hear Me Peter Pan),” followed in 2010, and she issued her full-length debut, Real, in 2011. Her second album, Light, appeared two years later.

She relocated to Nashville and signed a publishing deal with Big Yellow Dog Music. In September 2018, she topped the Canadian Country chart with her single “Somebody’s Daughter.” That year, she opened for Miranda Lambert and Little Big Town on their co-headlining The Bandwagon Tour. In 2019, Townes took home four Canadian Country Music Association Awards, including Female Artist of the Year, and Song of the Year for “Somebody’s Daughter.” She returned in February 2020 with her third full-length, the Jay Joyce-produced Lemonade Stand, which included “Somebody’s Daughter,” along with “White Horse” and “The Most Beautiful Things.” The following year saw her issue the semi-autobiographical single “Girl who Didn’t Care.”